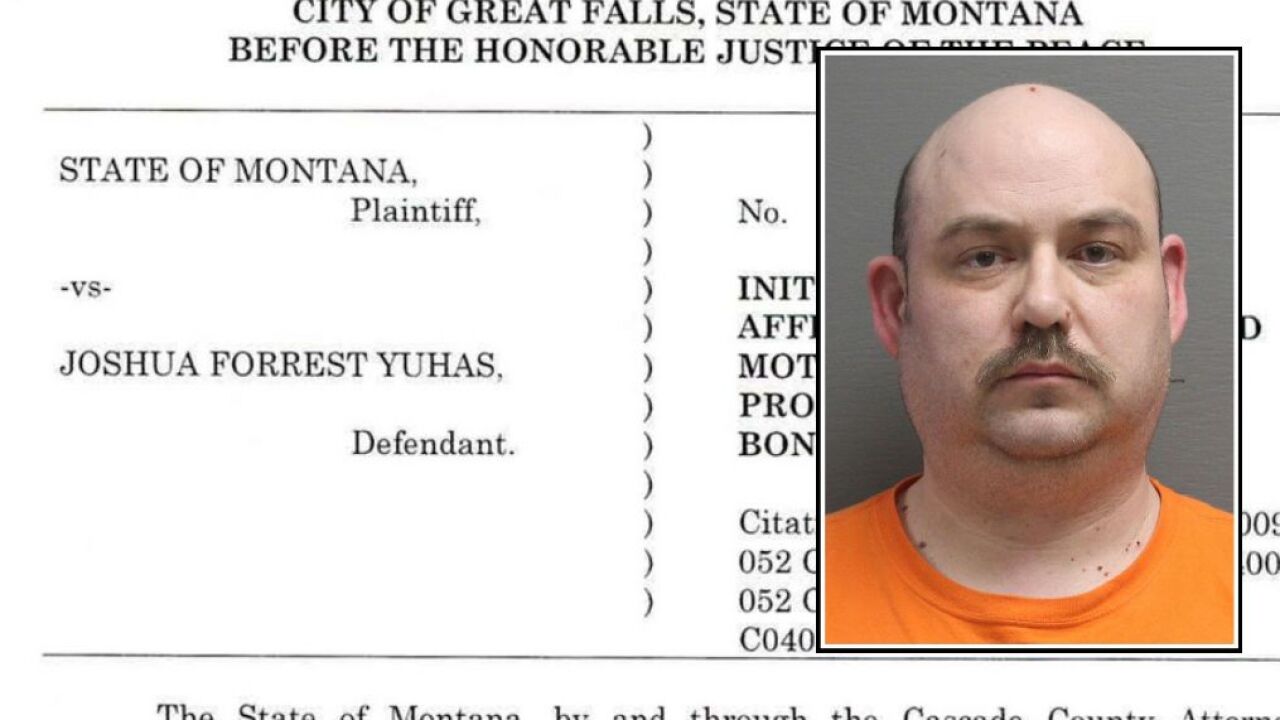 GREAT FALLS — Joshua Forrest Yuhas was arrested in Great Falls on Thursday and has been charged with several felony charges involving a teen girl.

Yuhas, 40 years old, is facing charges of sexual assault of children, indecent exposure, and tampering with or fabricating physical evidence.

The charge of tampering with evidence is due to his admission that he erased his Snapchat account, and deleted the contents of his phone, the teen's phone, and one other person's phone because there was incriminating evidence on the devices.

Court documents also allege that Yuhas admitted he deleted child pornography from one of his online accounts. He also admitted that he took at least two pornographic images of the teen with his phone.

Yuhas has been charged with two felony counts of sexual abuse of children; one felony count of indecent exposure; and five counts of tampering with or fabricating physical evidence.

NOTE: The information above is from court documents and/or publicly-available information filed in the case, and do not necessarily provide all of the information relevant to the case. Defendants are considered legally innocent until and unless they plead guilty, or the charges are proven in court.