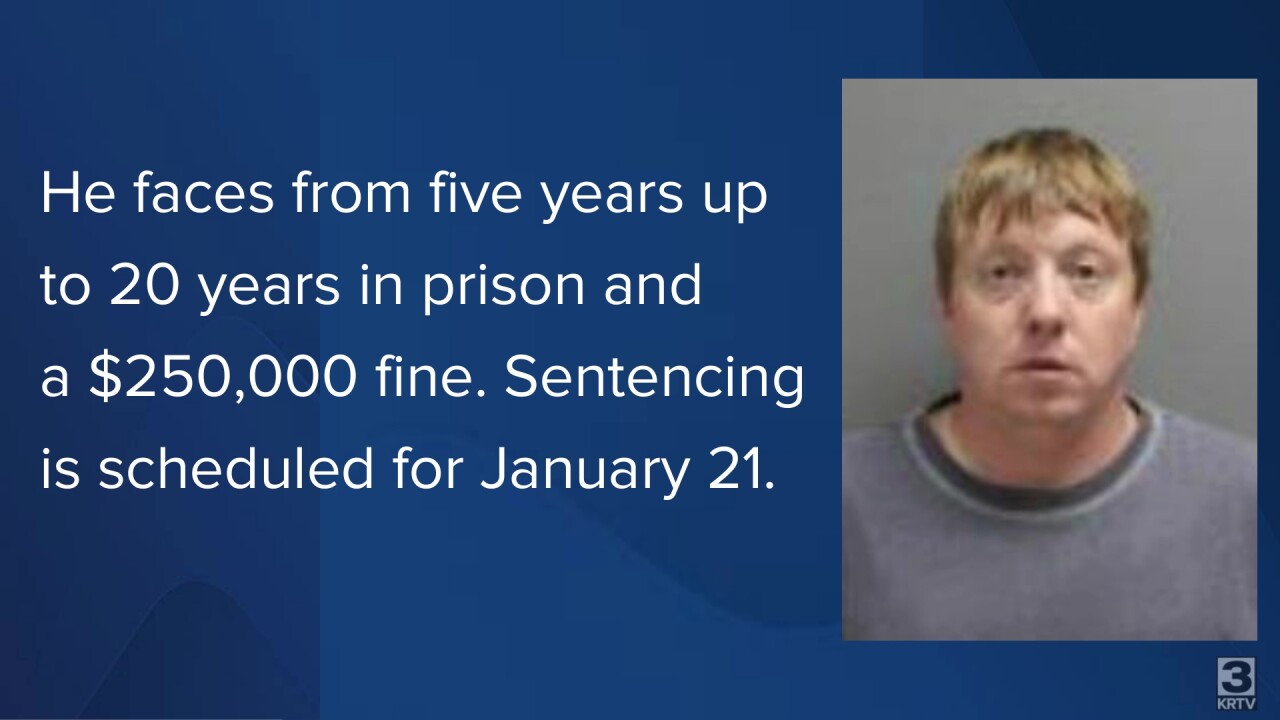 The prosecution said in court documents that in October 2019, Homeland Security Investigations in Great Falls received information that a suspect had uploaded possible child pornography in April 2019.

An investigation determined that the uploaded image depicted a child engaged in sexually explicit conduct and led to Johnson as the suspect. Investigators served a search warrant on Johnson's residence. Johnson, who was present for the search, told officers he had lost his cell phone a few days earlier, but an agent found it hidden between the box spring and mattress in Johnson's bedroom.

Johnson faces a mandatory minimum of five years and up to 20 years in prison, a $250,000 fine, and five years to life of supervised release.