Tensions ran high in Cascade County court Friday morning as a Great Falls man who was accused of rape was sentenced.

Bradley John Goodell was sentenced to ten years at the Montana State Prison with all time suspended for one count of criminal endangerment.

During his change of plea hearing in October, Goodell admitted he knowingly engaged in conduct that caused a serious risk of bodily injury.

Best broke down the responsibilities the court has had throughout this case.

“After the (state) Attorney General’s office took over, it added charges,” Best said.

Goodell was originally charged with one count of sexual assault without consent, which was later amended to four counts.

Goodell’s defense requested that the cases be severed and Judge Best allowed the charges to be separated into three different trials.

"In response to another motion the court was required to consider the Rape Shield Law,” Best said.

The Rape Shield Law limits a defendant’s ability to introduce evidence or cross-examine rape victims about their past sexual behavior.

"They were advised that there are instances when the rape shield can be pierced,” Mary Cochenour, Assistant Attorney General said.

As the proceedings continued, Judge Best stated the prosecutors did not want to take responsibility for the role they played in this case.

"We met with the victims and told them the true status of this case in a fair measured disciplined like pros,” Daniel Guzynski, Prosecution Services Bureau Chief said.

Judge Best did not agree and stated that the sentencing memorandum was pointing the blame at the court.

The memorandum states that due to these rulings a jury would not hear about a pattern of abuse; however, the jury would hear graphic details of the victims’ sexual history.

Prosecutors said they wanted the memorandum to be very factual as they were preparing the document for the court.

The memorandum also stated that victims had lost confidence in the judicial process.

Both sides agree that a former prosecutor at the Attorney General’s office set the tone of this case early on by posting to social media about said case.

That prosecutor no longer works for the state’s office. 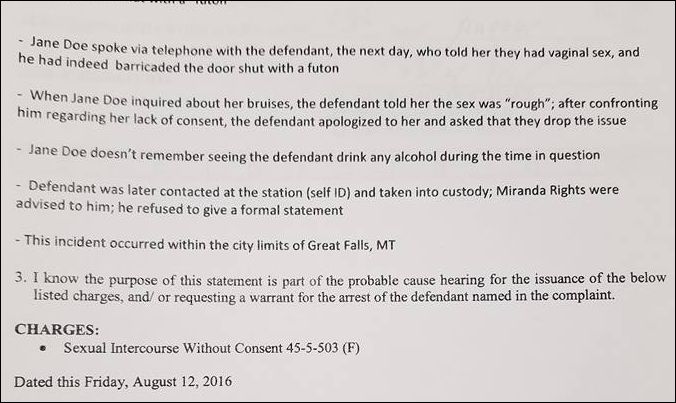