Autumn Sienna Heinz, the Missoula woman charged with smoking meth in a YMCA daycare facility, made an appearance in court on Tuesday.

Heinz, 30 years old, is facing charges of endangering the welfare of a child, criminal possession of a dangerous drug, and criminal mischief.

Her case is still in the pretrial process, but there is some disagreement between prosecutors and Heinz’s defense attorneys over what seized property can be used as evidence.

Heinz’s defense attorney says she was not read her Miranda rights before police searched and seized her purse. This could be a Miranda rights violation and could prohibit prosecutors from using initial statements to the police made by Heinz and the property found in her purse as evidence.

The County Attorney’s office has conceded that Miranda rights should have been read in best practice and will not use that evidence for the trial.

Her next court appearance will be September 18.

Following several months of cleanup, the YMCA Learning Center reopened Monday. The interior of the facility was completely stripped and renovated to remove any traces of meth.

The building has also been updated with security cameras in most rooms and outside, along with new door codes to gain entry.

(APRIL 12, 2018) Autumn Sienna Heinz, a daycare employee arrested for allegedly smoking meth while on the job, is facing three felony charges: endangering the welfare of a child, criminal possession of dangerous drugs, and criminal mischief.

Court documents state that Missoula police received a phone call from a YMCA Learning Center employee Tuesday stating that a possible drug kit had been found at the daycare.

The employee told police she had seen Heinz hiding beneath a cabinet in the laundry room the week prior that can be described as a "drug den". 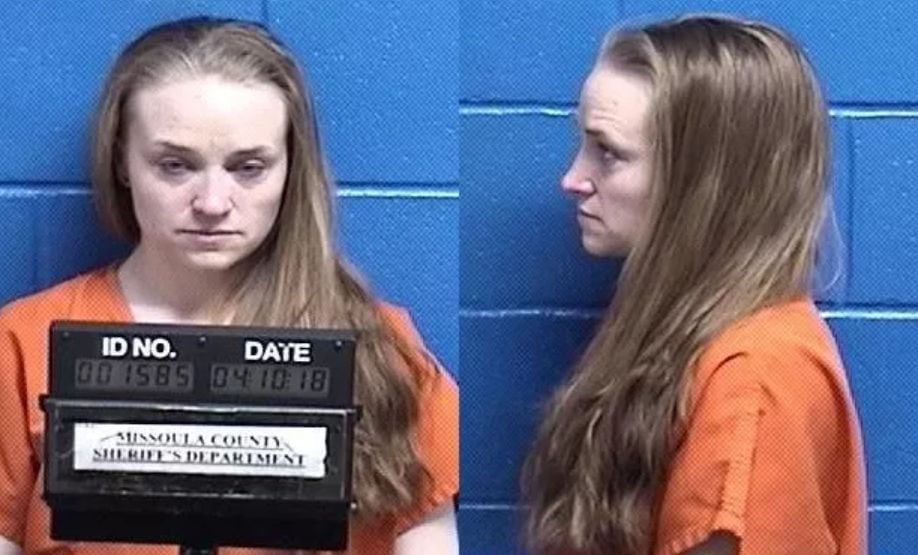 The employee told police she could see a hard case that contained a meth pipe near the defendant in the cabinet.

When officers investigated, they found eye hooks on the inside of the doors of the cabinet so they could be fastened and locked from the inside to prevent anyone from opening them.

When being interviewed by detectives, Heinz told them that she had a history of drug use including heroin and opioid pills, and that she had "started at the Methadone Clinic in 2013 and stopped sometime in 2016 or 2017".

Heinz told police she admitted to constructing the cabinet about three weeks ago to go on breaks and get away, but Heinz did not admit to the meth use to detectives, requesting a lawyer.

Water Rights, Inc. a company that does meth testing, responded to the YMCA Learning Center this week.

The tests were positive for meth within the cabinet and a vent fan in the bathroom, used by people to exhale to try to avoid detection of the odor of the drug being smoked.

Because this was done, the meth fumes appear to have permeated the whole Learning Center. The tests show all of the rooms in the facility had tested positive for meth, including the infant room.

Based on preliminary estimates the cleanup for meth contamination could be more than $80,000.

The Learning Center’s director reported Heinz had been a full time employee for three years and worked in the infant area, which has 18 enrolled in the infants section.