Community Connection: Once Upon A Nativity

It runs from December 9th through January 7th 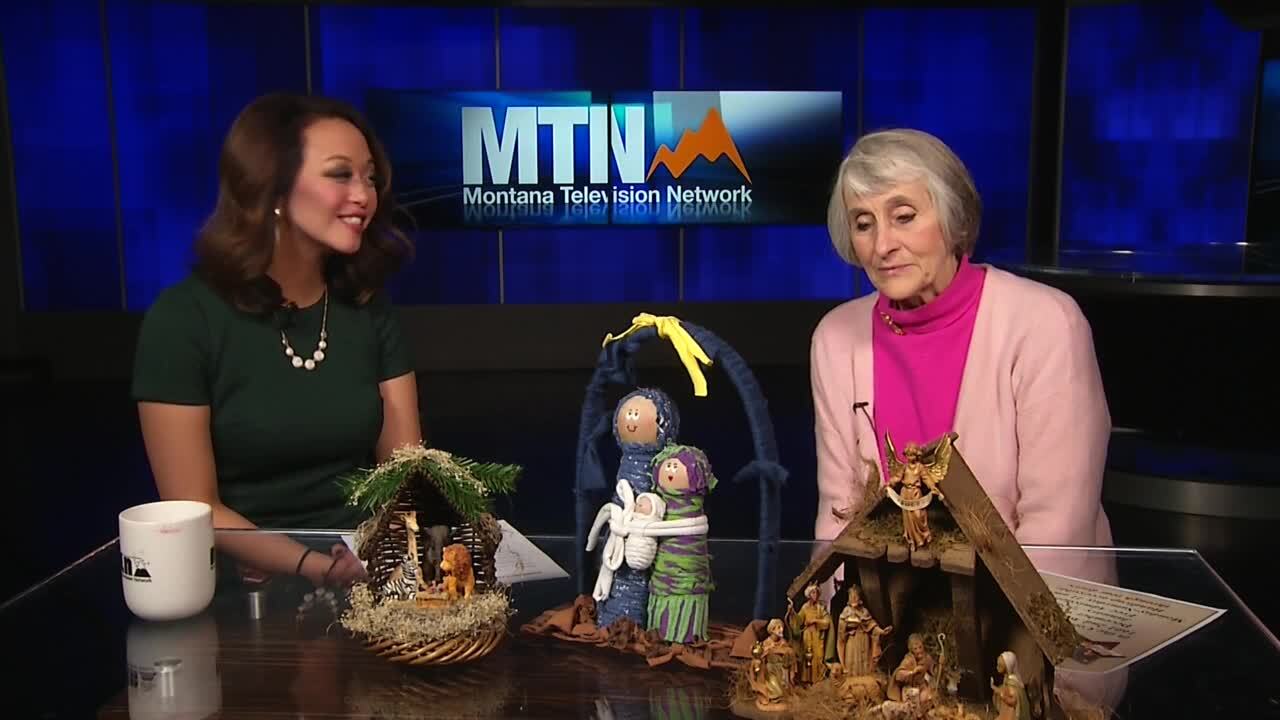 GREAT FALLS — Judith Mortensen visited KRTV to talk about "Once Upon A Nativity," a collection that features more than 1,000 pieces from different countries and cultures around the world.

Carol Olthoff, the curator of the display, has been hosting the seasonal event for many years at the Columbus Center in Great Falls.

Admission to the event is free. It runs from December 9th through January 7th at the Columbus Center at 1600 2nd Avenue North.

(December 14, 2018) About 35 years ago when Carol Olthoff lived in Alaska she started a collection of nativities. She mostly just displayed them to family and friends at the time. She had about 30 to 40 in her collection.

The first year she displayed her nativities publicly, she had around 140. It was for a fundraiser and the display was set up at her house at the time. The next year her husband got sick and had to have surgery in December.

Ten years go by until she really had a feeling she needed to either do something with the nativity scenes or dispense of them.

Why nativities? “Because that’s what Christmas is about,” says Carol. She added, ”We’ve just gotten so far away from the real meaning of Christmas and my heart’s desire is for people to get that back.”

She has quite a few countries represented in her display, many of them that were given to her. Some countries include: Korea, Peru, Guatemala, Japan, Germany, Poland, Kenya, Philippines and more.

Carol said, “Young and old, they’re just in awe of the different representations and everyone just blesses me. That’s my goal. Every day I get up and I just pray that it will be a blessing to someone.”