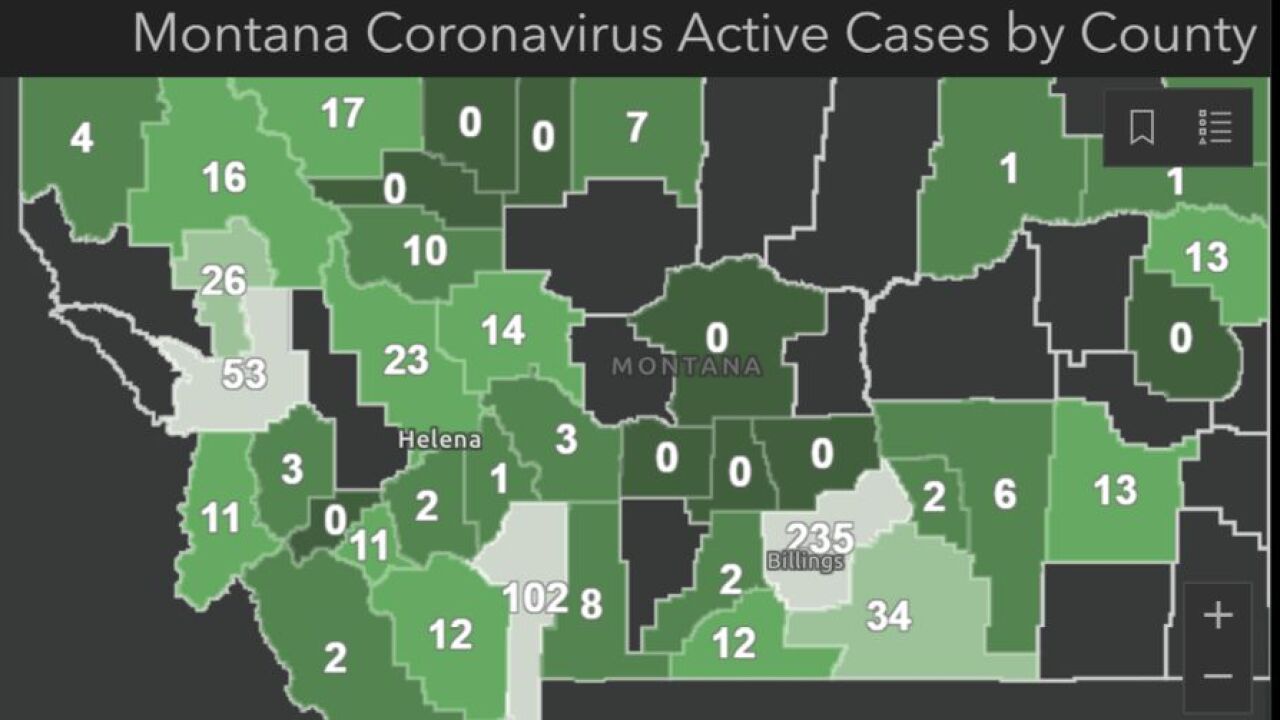 The three deaths were reported in Yellowstone County; all three were residents of a care facility in Billings, where dozens of staff and residents have been infected.

Note: official numbers reported by the state occasionally differ from those reported by county public health departments due to periodic lag times in reporting data to the state. The numbers below are from the Montana Department of Public Health & Human Services:

CASCADE COUNTY: Four new cases were reported in Cascade County; there are currently 14 active cases, and a cumulative total of 41. Of those 41 cases, 25 patients have recovered, and two have died. Free drive-through testing is available in Great Falls from Alluvion Health in the parking lot of the former Westgate Mall. Click here for dates and times. As with previous reporting of COVID-19 cases, the lack of specific information about cases has some people upset, but the disclosure of patient information is regulated at both the federal and the state level. Click here to read more about privacy regulations.