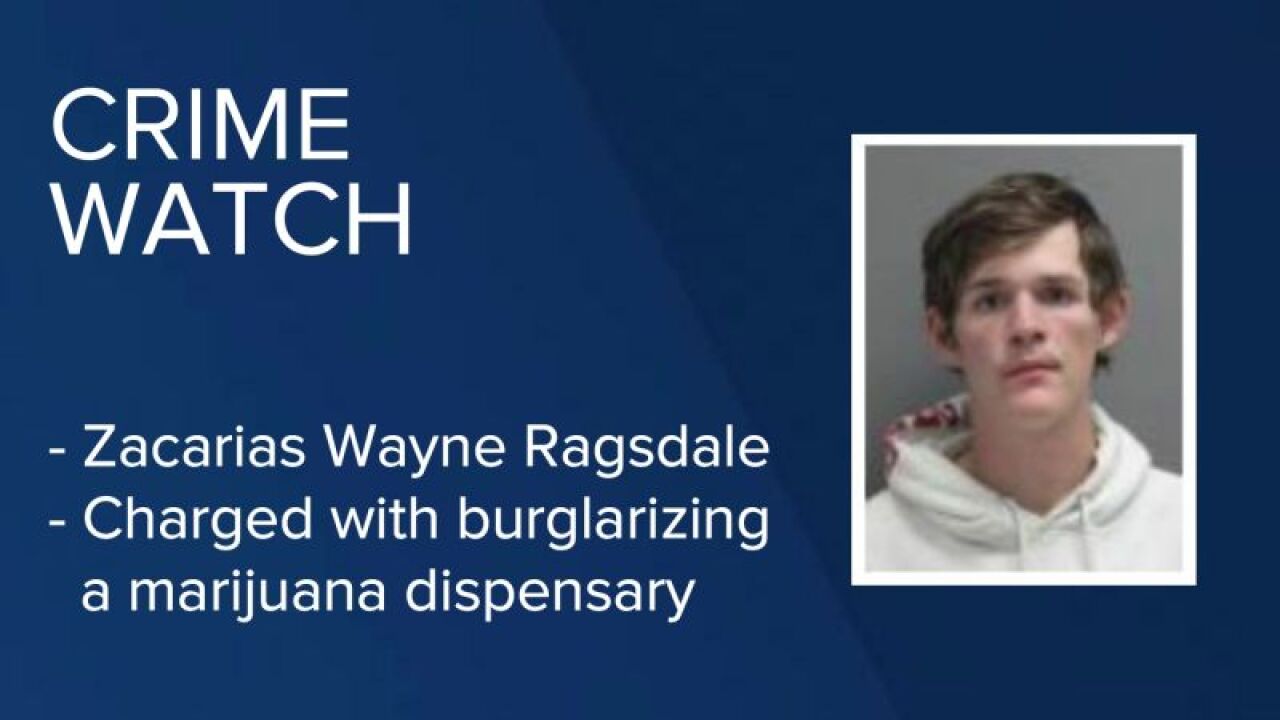 BOOKING PHOTO FROM SHERIFF'S OFFICE
Zacarias Wayne Ragsdale has been charged in Great Falls after he reportedly burglarized a marijuana dispensary. 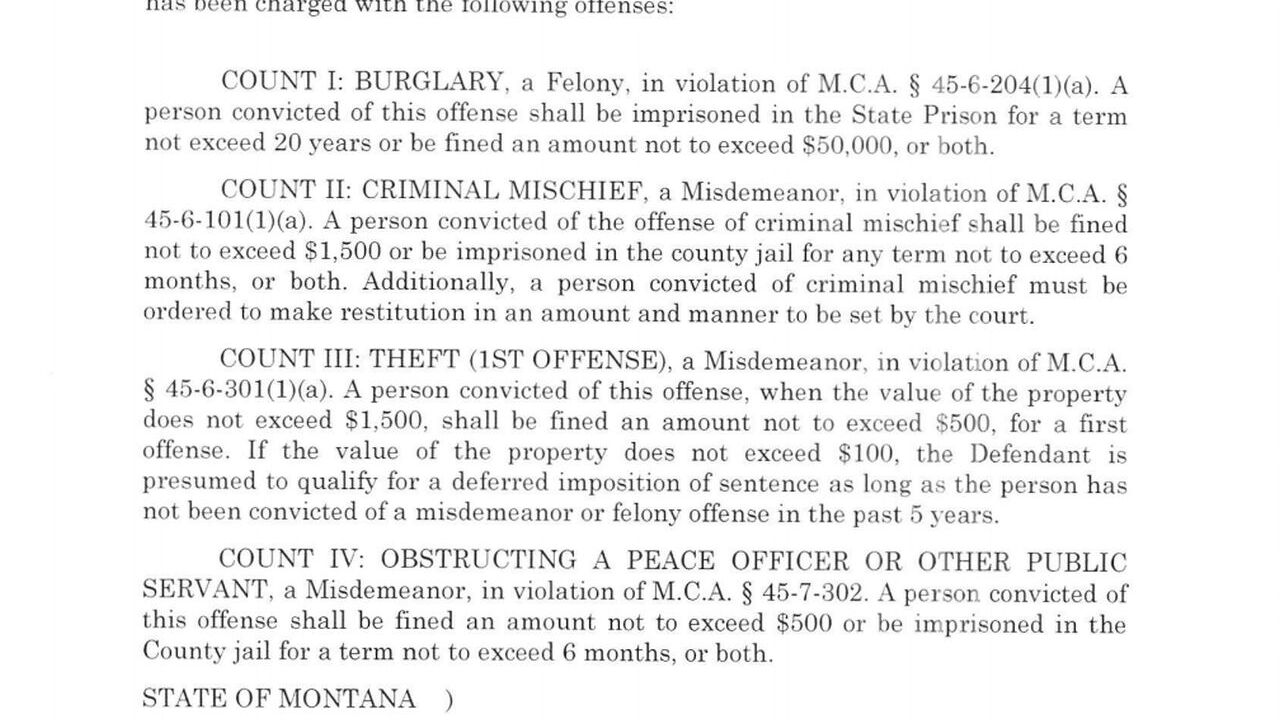 GREAT FALLS — Zacarias Wayne Ragsdale has been charged in Great Falls after he reportedly burglarized a marijuana dispensary.

On October 10, Sheriff's deputies were dispatched to a marijuana dispensary and saw that a window on the northwest side of the building had been broken and someone had
crawled through and cut themselves, as there was blood around the broken glass and on the window seal.

Inside, they saw that numerous items had been taken. Security video showed a male wearing camouflage pants, a white sweatshirt with a distinct graphic on the front, and black shoes with a Van's swoosh on the side of the building breaking in through the window. The male then opened a door letting another male inside. The two took several items of merchandise and left the scene.

As deputies were processing the scene, a truck with several people in back came down the road then turned on to Highway 87 and started heading back toward town. As the truck did so someone was yelling something. A deputy followed the truck and identified a male in the back as the same one from the surveillance wearing the same camo pants and white logo sweatshirt.

When the truck stopped, that male grabbed a bike out of the truck and fled from the deputy. The remaining individuals were later interviewed at the Sheriff's Office and identified the person who fled as Ragsdale.

Deputies went to Ragsdale's address and found him inside sleeping, and in plain view were the same camo pants and white sweatshirt.

Ragsdale was taken into custody and admitted committing the burglary. A search warrant was executed and the stolen merchandise was found his bedroom.

Ragsdale, 19 years old, has been charged with felony burglary and the following misdemeanors: criminal mischief, theft, and obstructing a peace officer.