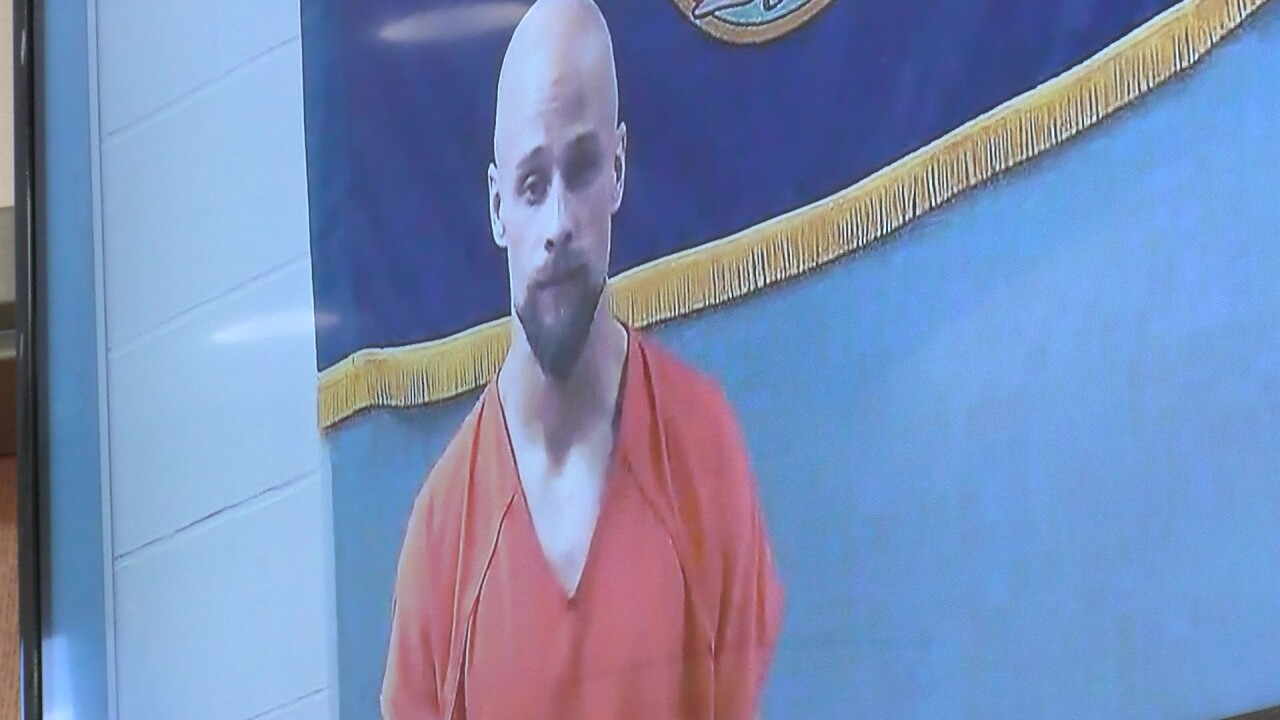 MTN NEWS (Photo of Brandon Bryant in court on February 13) 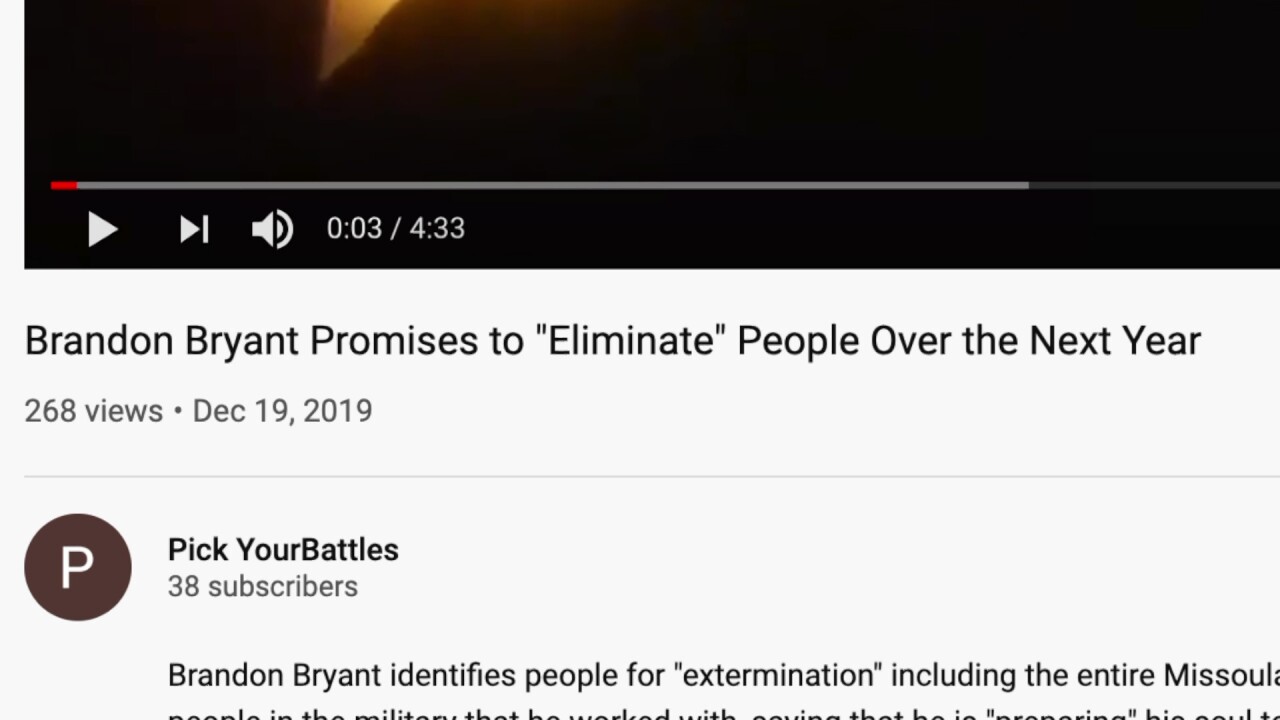 MISSOULA — Brandon Bryant, who was recently banned from Missoula City Council meetings for making threats, has been formally charged.

Bryant appeared in court on Thursday after making a threatening YouTube video about City Council members.

Bryant is accused of threatening mass murder, with the threats apparently directed at Missoula City Council members. He is charged with one felony count of threats/improper influence in official and political matters.

Bryant was advised not to speak during his initial court appearance Thursday afternoon.

But he disregarded that advice, and said that he is being stalked, is afraid for his and his mother's lives, and that someone else sent the threatening You Tube video he made to City Council members.

According to court documents, Bryant admitted to a Missoula police officer to making and posting a video where he says he will "hunt people and exterminate them."

He also says in the video: “I’ve witnessed how those same disgusting, putrid, sacks-of-shit people (are) coming and buying up my back yard and commercializing life to humans,” he begins the video. “The entire Missoula City Council has sold out Missoula to the highest bidder.”

From there, Bryant’s video grows darker, suggesting developers and the City Council “step aside and put their tails between their legs and run.” He vowed to seek vengeance “over the next year.”

“I will dedicate myself to hunting you out and exterminating you,” he said. “It doesn’t matter where I see you. It doesn’t matter at all. I will be eliminating this wretched f*****g filth from the human soul. All you deserve to be eliminated and I’ll do it. That is my promise. You will submit and you will die.”

Bryant is banned from contacting any City Council member, or entering city property. As of Thursday afternoon he is still in jail on $100,000 bond.

Judge Shane Vannatta refused to lower the bond amount because he said the court is disturbed by the nature of the allegations.

Bryant also requested to be transferred to Veterans Court, and to be released to the care of his mother. Those requests were denied, at least until his next court date, which is set for February 20.