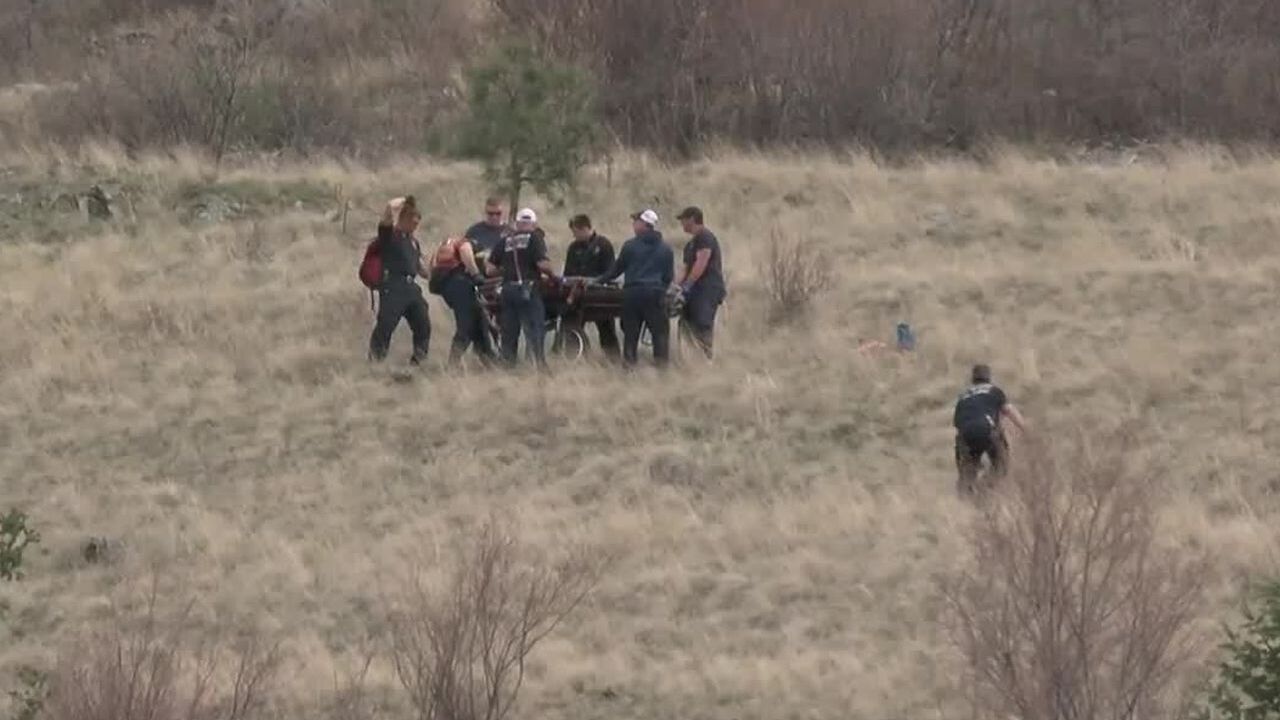 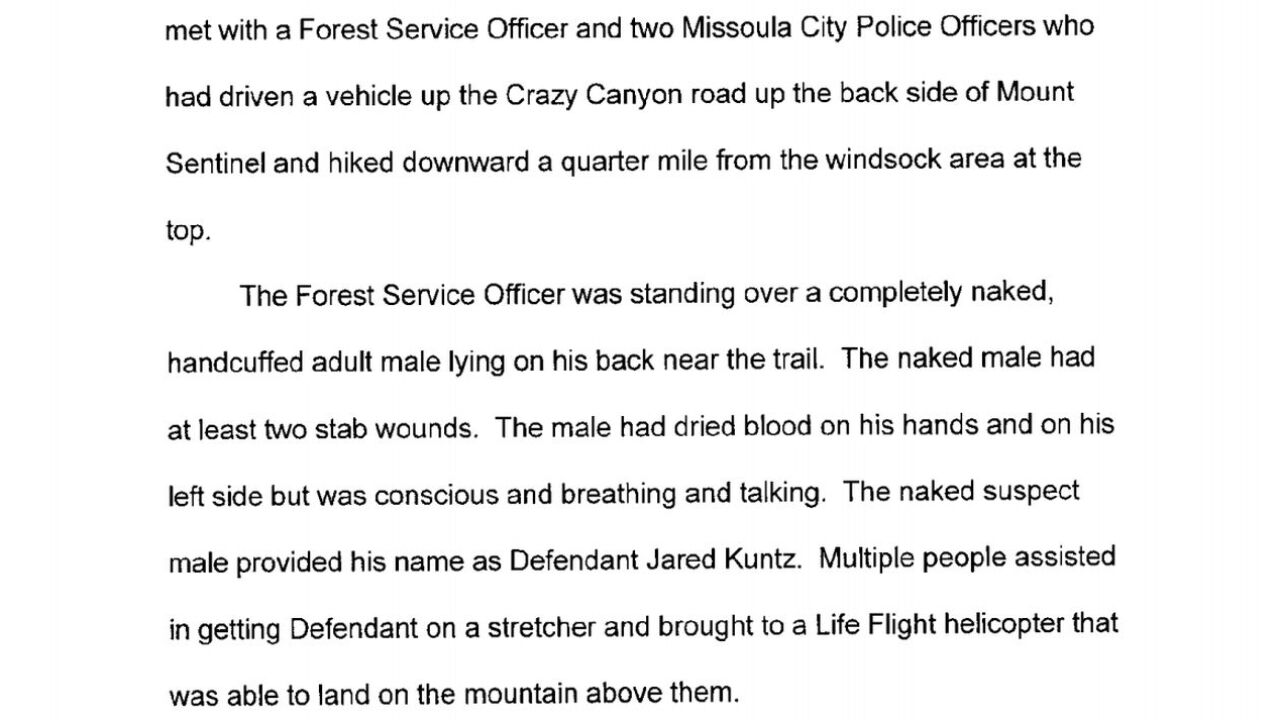 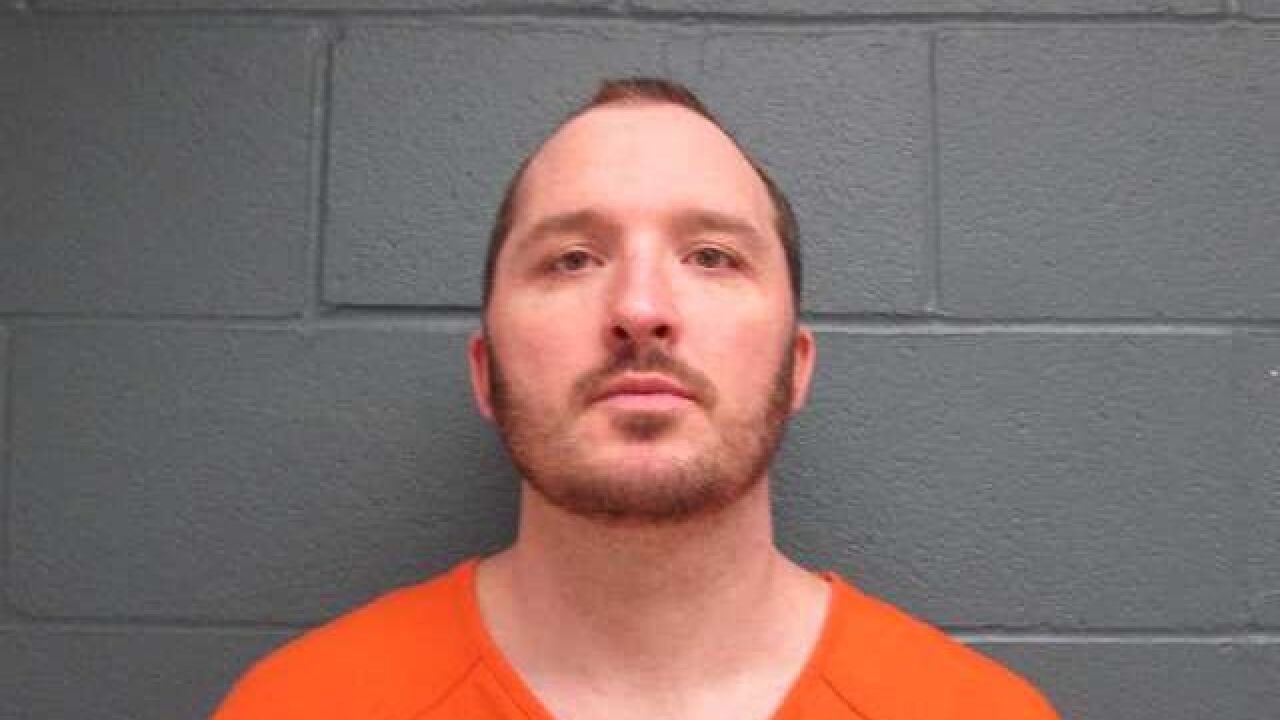 MISSOULA — Jared Robert Kuntz is facing four felony counts for two incidents that happened on Friday at the M trail on the University of Montana campus.

According to court documents, police responded to the reports of an accident or assault on the trail at about 2:30 p.m.

When they arrived the 13-year old son of the first victim told officers that he and his mom were hiking, and he was about 30 to 40 yards ahead of her when he heard her scream.

He then hiked a little way up to get a clear look and saw a 30 to 40-year-old man with blood on his hands standing over his mom. The 13-year-old then ran down the trail to find help; he told police the man began chasing him and yelled, "Yeah, you better run, kid!"

About two hours later police responded to the trail again for the report of a naked man who had assaulted two hikers.

The two hikers, who are brothers, told police that while they were hiking down the mountain, they saw a naked man in the bushes who asked the two for clothes.

They were both aware of the earlier incident and thought this could be the suspect, but before they could react Kuntz charged at them with a rock.

After being assaulted by Kuntz, one of the two brothers drew a buck knife he had been carrying and stabbed Kuntz twice. Kuntz continued to chase the two until he eventually began to slow down.

Law enforcement officers apprehended Kuntz, who is facing two charges of aggravated assault, assault on a minor, and assault with a weapon.

The woman was taken to St. Patrick Hospital for treatment of her injuries, which included "some fractures to the left side of her skull and her left eye was swollen shut," according to court documents.

According to the Montana Department of Corrections, Kuntz has felony convictions in Missoula County, Gallatin County, and Sheridan County. Convictions include burglary, intimidation, and criminal mischief.