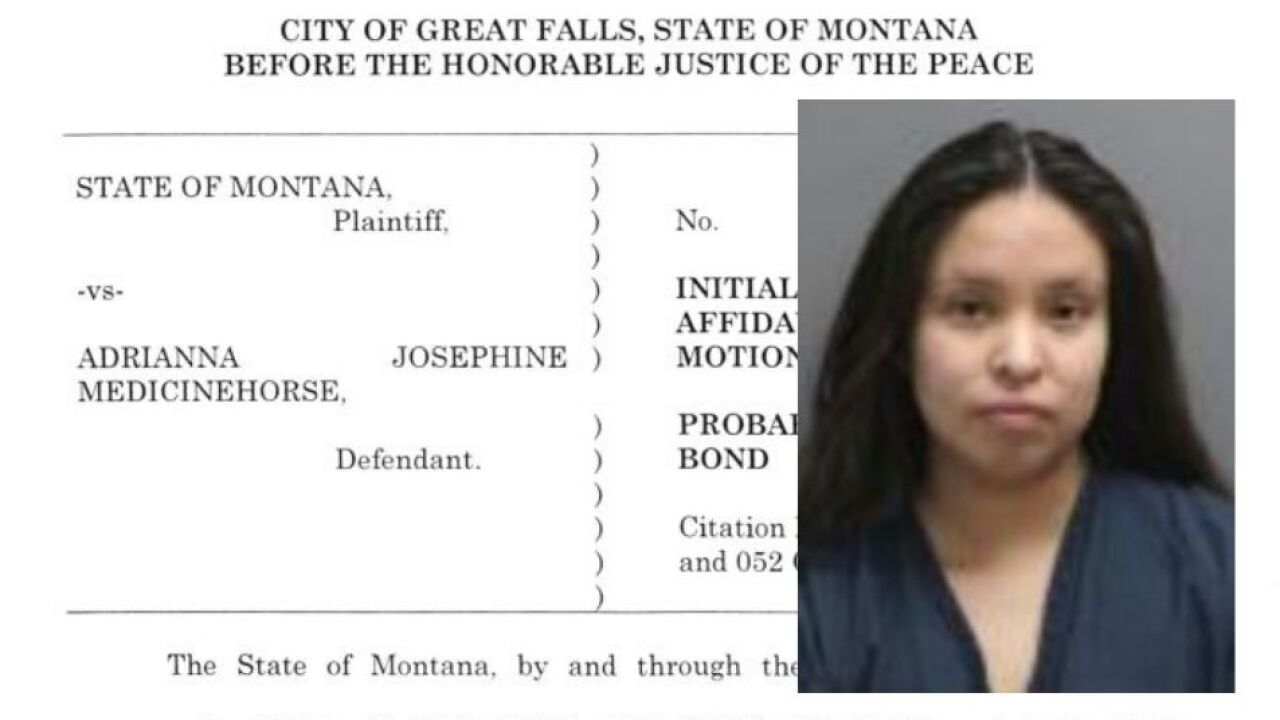 Police officers responded to the Benefis Health System Pediatrics Ward on March 25 for a report that the child welfare workers with the Department of Family Services were with a 14-month old child who had been diagnosed with "inorganic failure to thrive." The child weighed approximately 18 pounds. Court documents state that in the one day the child had been in Benefis' care, he gained .62 pounds, indicating that he is lacking proper nutrition.

According to court documents, officers searched Adrianna's residence and discovered there was not a sufficient amount of food in the fridge/freezer, or in any cabinets; to be able to feed Adrianna, the toddler, or her 4-year old child. The sinks were also clogged and full of water. Adrianna advised the sinks had been this way for approximately one week and she had taken no steps to contact her landlord to get them fixed. The toilet had feces in it and there was also what appeared to be feces in a bed in the living room. Adrianna did not have any pets that could have left the feces in the bed. The residence was messy and had not been cleaned for some time.

Adrianna said that she had a mental breakdown in December that caused her to neglect care for the child, and that she had failed to provide the child with his last two appointments for vaccines. Adrianna also said that the child had a prior incident where he had what she believed was a seizure.

DFS workers said that they had received three prior reports regarding Adriana's ability to care for her children. When DFS tried to investigate those reports, Adriana was uncooperative and "actively avoided" speaking to DFS.

Medicinehorse has been charged with criminal child endangerment (felony) and two misdemeanor counts of endangering the welfare of a child.