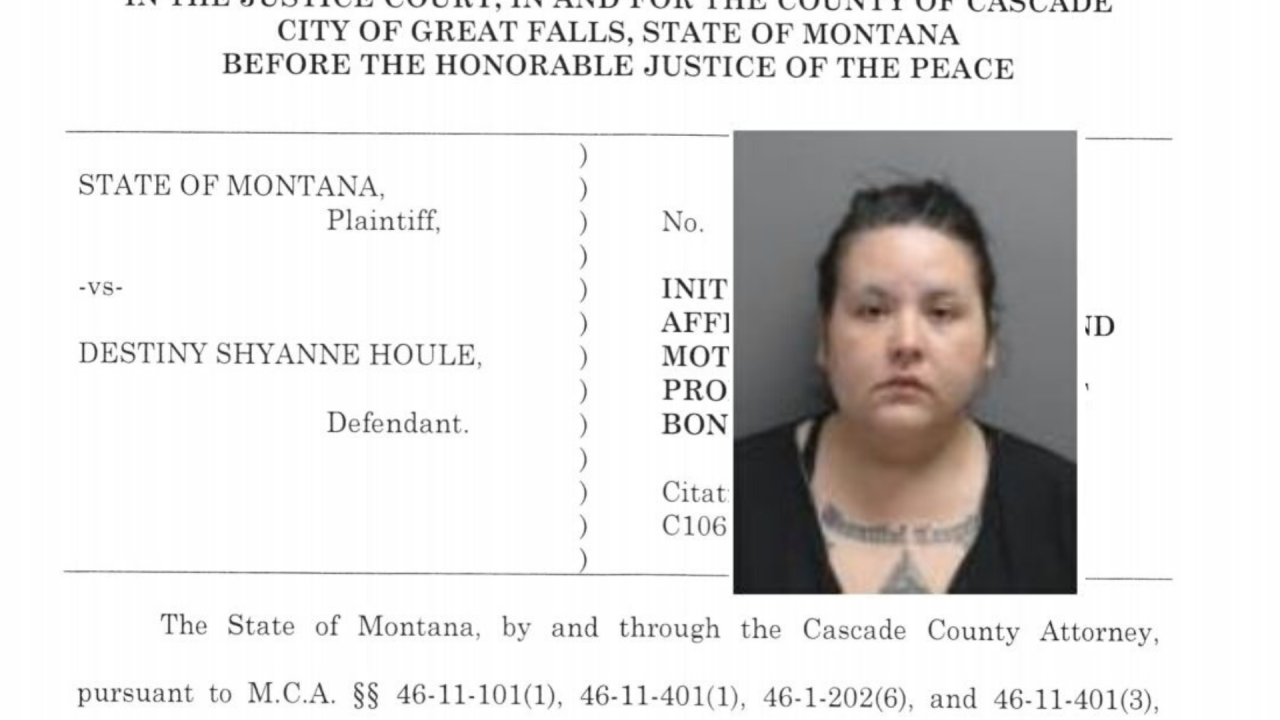 CASCADE COUNTY DETENTION CENTER
Destiny Shyanne Houle has been charged with falsely reporting that she had been strangled. 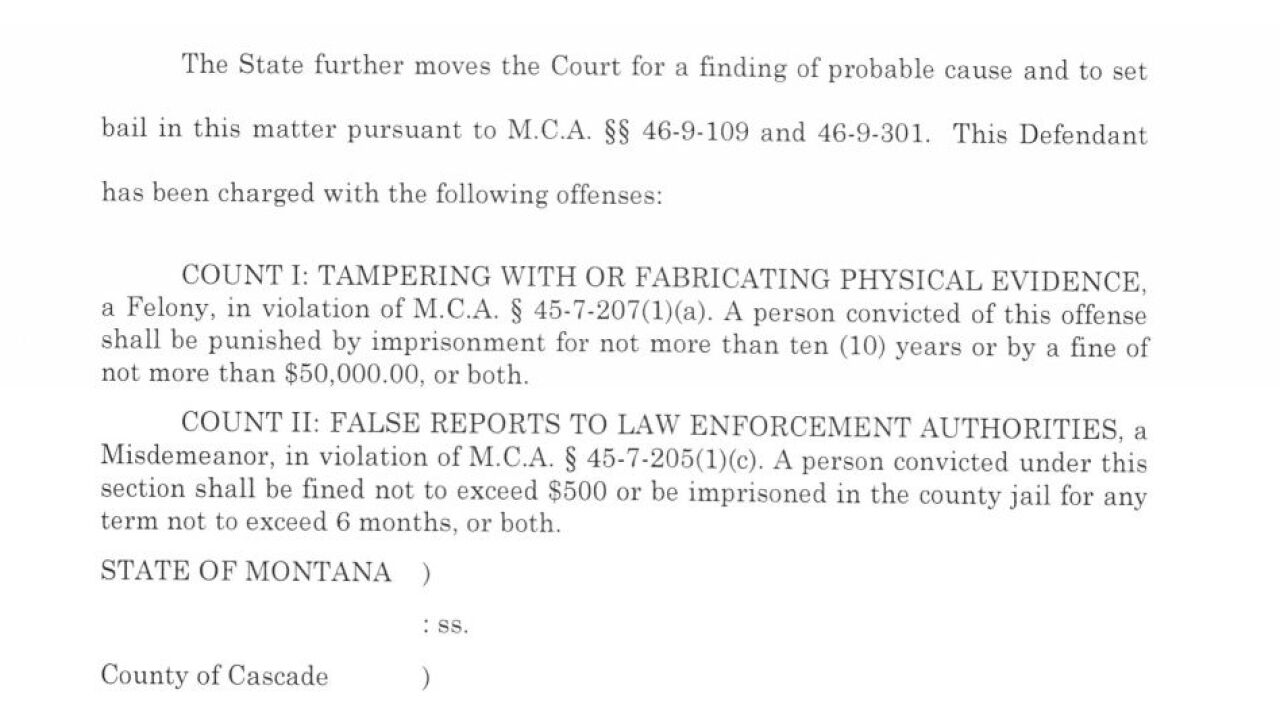 GREAT FALLS — Destiny Shyanne Houle has been charged with falsely reporting that she had been strangled.

Officers responded to a report of a possible strangulation on Sunday, July 5th. According to court documents, Houle told the officers that she had invited a man to her apartment for sex, and claimed that during intercourse the man put his hands around her neck and choked her. She said that she briefly lost consciousness, and then told the man to leave, but he would not.

Houle had marks on her neck she claimed were from being strangled. The marks were dark gray, and Houle claimed they were from approximately 10 minutes prior to the arrival of the officers.
With Houle's permission officers entered her apartment. Officers saw the man sleeping on Houle's bed, with his pants and underwear around his knees.

Officers woke him up and asked him about the events. He told them he met Houle earlier that day, and she invited him to her apartment. In the apartment Houle performed oral sex on him. He told police that he had not put his hands around Houle's neck at any point. He said that he went to sleep and didn't wake up until the officers arrived. He also claimed Houle never asked him to leave.

Court documents state that due to the inconsistent statements and Houle's history of making false statements to law enforcement, officers asked her to wipe her neck with a wet rag. Houle did this and the marks wiped off. At this point Houle had changed her story several times. Officers determined that she had used makeup or some similar substance to attempt to fabricate marks on her neck which she believed would resemble bruising with the intent to have the bruises used as evidence in a criminal investigation. There was no other evidence to support Houle's original claim of being strangled.

Officers determined probable cause that Houle, believing that an official proceeding or investigation was about to be instituted, presented marks around her neck, knowing them to be false, with the purpose to mislead police.

Officers arrested Houle and took her to a patrol car. While walking to the car Houle repeatedly asked to be let go. Houle stated she did not understand what she had done wrong. Houle also stated that she does things like this all the time and never gets in trouble for it.

Houle is charged with the following:

COUNT II: FALSE REPORTS TO LAW ENFORCEMENT AUTHORITIES, a Misdemeanor, in violation of M.C.A. S 45-7-205(1)(c). A person convicted under this section shall be fined not to exceed $500 or be imprisoned in the county jail for any term not to exceed 6 months, or both.