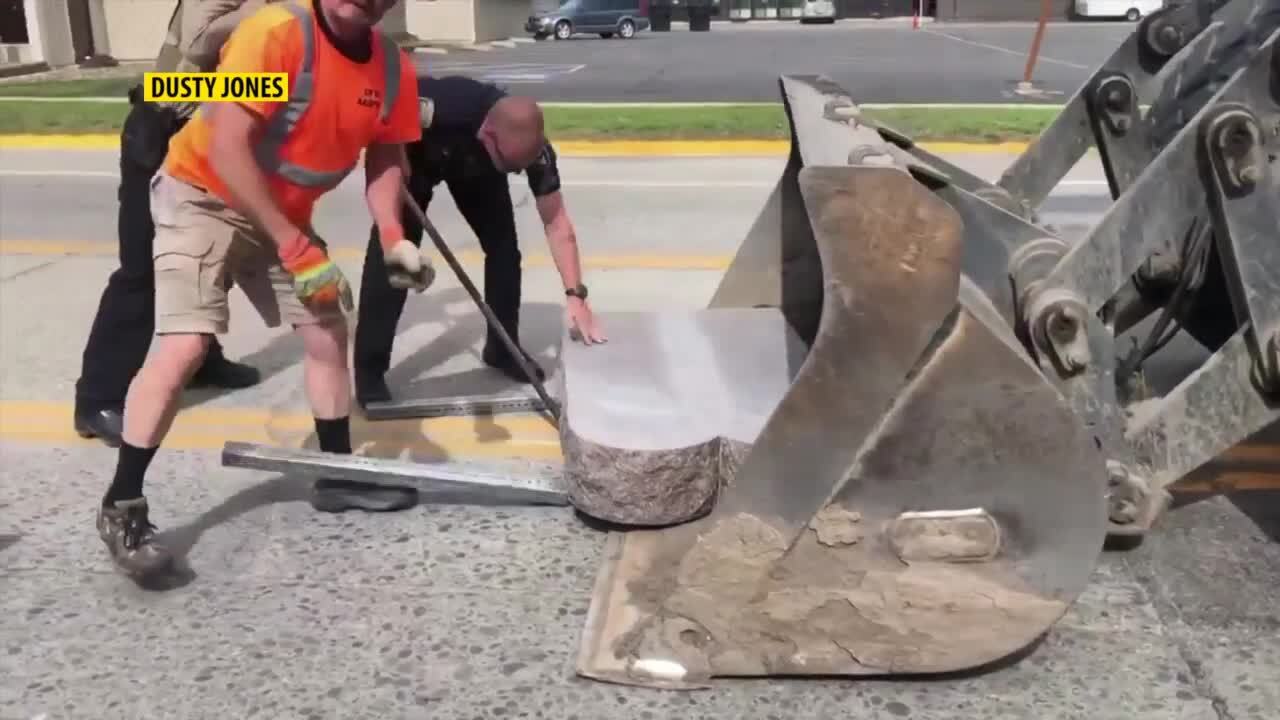 A Columbia Falls man has been charged after being accused of removing the 10 Commandments monument outside of the Flathead County Courthouse.

Chief Overman says Weimer wrapped chains around the monument, pulled it out of the ground behind his pickup truck, and then dragged it into the middle of the street.

Weimer was arrested in Kalispell shortly after the incident occurred.

Weimer has no affiliation with any protest or demonstration groups in Flathead County, according to Chief Overman.

It's not known at this time if the monument will be restored or if it will have to be replaced.