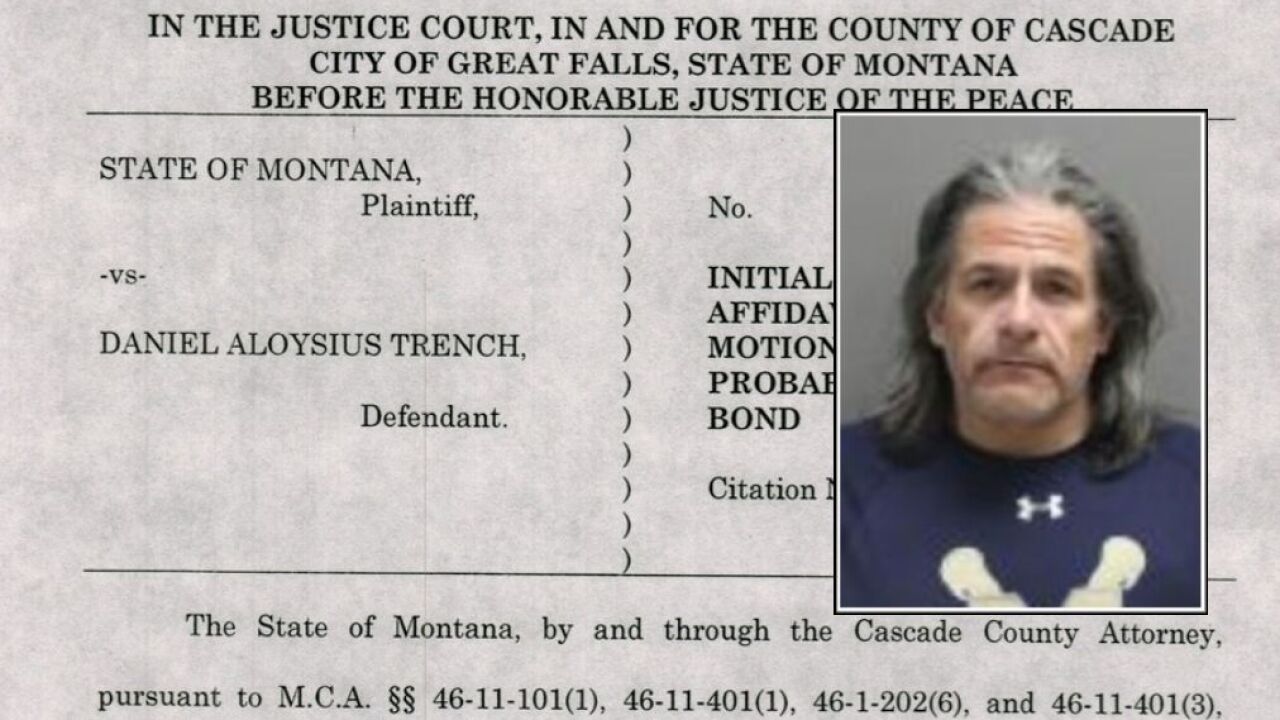 Court documents state that a Great Falls police officer was dispatched to Nickel Nat's Casino on Wednesday, February 12, in response to what was initially reported as "suspicious circumstances regarding the bomb threat to Great Falls Public Schools" on Monday, February 10. One witness told police that the suspicious man at Nickel Nat's fit the description of the "person of interest" in the bomb threat incident.

The officer talked with Trench at the casino; Trench told the officer that his name was Brian Lamere. The officer went back to his patrol vehicle and learned that "Brian Lamere" is a known alias for Trench, and also discovered that there were active warrants for Trench's arrest. He also confirmed that Trench was not involved in the school threat.

The officer went back into the casino and found that Trench had left, and gone to the narby JR's Casino. The officer found Trench in the parking lot of JR's Casino and took him into custody. When searching Trench, he found a baggie containing a substance that field-tested positive for meth or ecstasy, both of which are illegal drugs.

Court documents note that Trench is a registered violent offenders with an extensive criminal history in Montana and Washington. He criminal convictions include robbery, escape, failure to register as a violent offender, and being a fugitive from justice.

The charging documents also note when he was arrested, there was a warrant for his arrest in Lewis & Clark County, and another in Great Falls.

Trench has been charged in this case with one felony count of criminal possession of dangerous drugs.