Gianforte says that's not his position 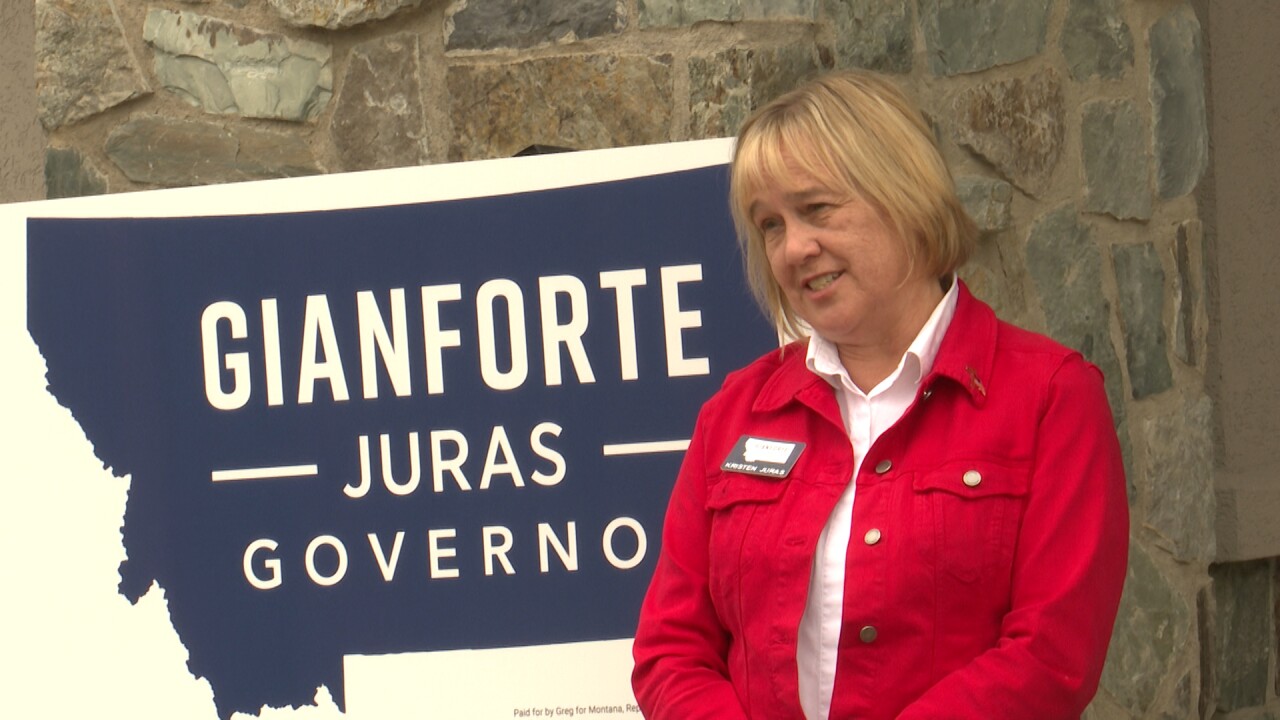 At a campaign stop in Sidney this week, Kristen Juras, the running mate of Republican gubernatorial candidate Greg Gianforte, said she supports “right to work” laws and that Gianforte would not veto such a bill, if passed by the Legislature.

MTN News obtained a recording of her comments, made Wednesday while speaking at a Sidney store during a campaign tour of eastern Montana towns.

But Juras and the Gianforte campaign told MTN News Friday that Gianforte has made no such statement or commitment about right-to-work legislation – which is strongly opposed by organized labor – and that Juras had not discussed the issue with him, before making her statement.

“I should have made that very clear, that I hadn’t spoken to him about it,” Juras told MTN News in an interview. “Greg and I have never discussed that.”

Gianforte’s campaign also said the recording obtained by MTN News had clearly been edited, leaving out additional, repeated comments by Juras that enacting right-to-work legislation is not a priority for her or Gianforte.

And, Juras said she believes one key element of right-to-work law – that says workers cannot be compelled to financially support unions representing them, even if they’re not a member – has already been allowed by the U.S. Supreme Court, and therefore isn’t an issue.

The campaign of Democratic candidate Mike Cooney – who says he’d veto any right-to-work bills – quickly denounced Juras’ statement and said Gianforte is misleading voters about where he stands on the issue.

The Cooney campaign noted that Gianforte’s campaign said just last week that he supports unions, has backed their priorities in Congress and will support workers, as governor.

“Look up `pathological liar’ in the dictionary and you’ll find New Jersey multimillionaire Greg Gianforte’s mug shot,” said Cooney campaign spokeswoman Ronja Abel. “ … He’s lying again to Montana workers across the state – as he spends his millions lying about his record on TV.”

Right-to-work laws generally say that workers, at a given job, cannot be required to join a labor union or pay dues to the union. Organized labor adamantly opposes such laws, saying they are meant to undermine and damage unions.

Slightly more than half of U.S. states have right-to-work laws; Montana is not one of them.

In 2018, the U.S. Supreme Court ruled that non-union members who benefit from contracts arranged by a workplace union cannot be required to financially support that union.

Montana’s Legislature, controlled by Republicans for most of the past three decades, has rarely, if ever, passed any right-to-work bills during that time – and Democratic governors routinely promise to veto it, if it does pass.

Organized labor and several separate unions in Montana have endorsed Cooney for governor. He and Gianforte are locked in a relatively close race for the open governor’s seat.

Gianforte, a Bozeman businessman, has not said he would veto any right-to-work bill, but has said enacting one is “not a priority.”

The recording then continues, with Juras saying, in an apparent separate statement, that Gianforte and she have budget issues they’d like to work on in 2021 and “so maybe that’s a 2023 issue.” She then says: “But the legislators could bring it. And if the legislators bring it, Greg wouldn’t veto right-to-work.”

Gianforte campaign spokesman Travis Hall said Juras was asked several times about right-to-work during the exchange with people at the stop, and that she made it clear it was not a priority for her or Gianforte.

If lawmakers pass a right-to-work bill in 2021 or any session while Gianforte is governor, he would examine it like he would any bill, before deciding whether to sign or veto it, Hall said.