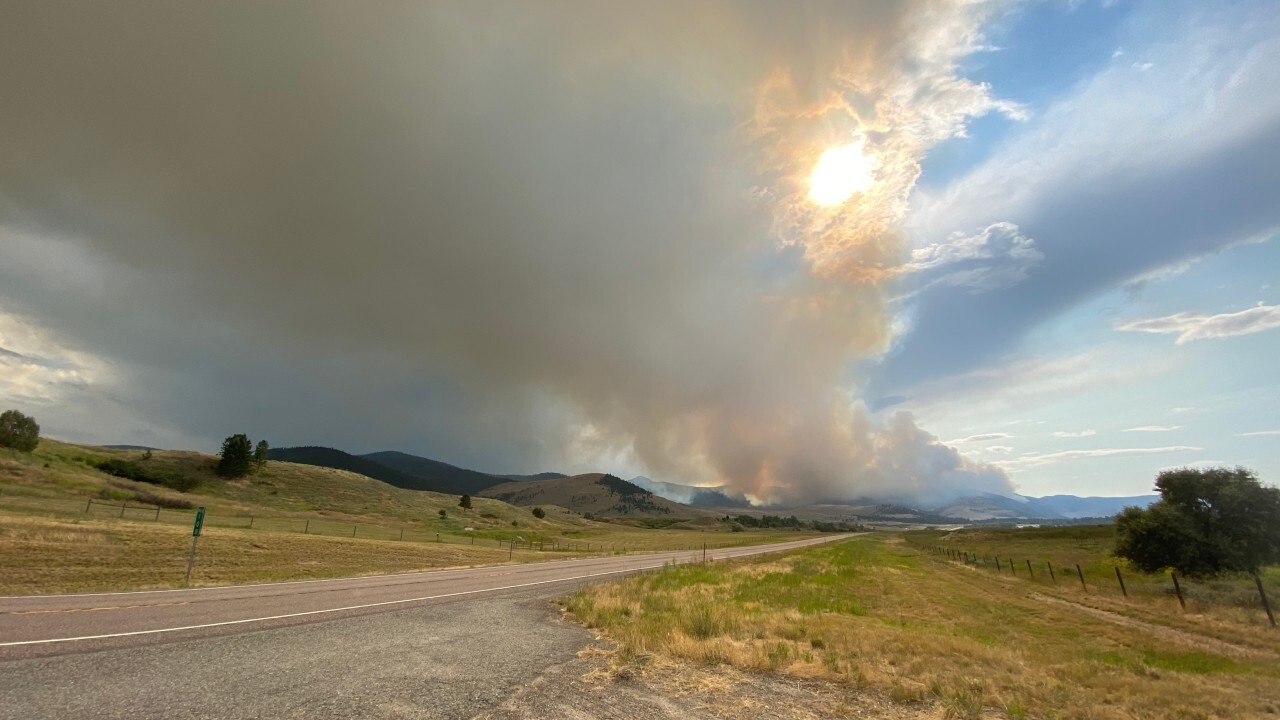 MISSOULA — A wildfire burning in Sanders County has grown to an estimated 1,200 acres.

The Magpie Rock Fire -- which is located eight miles west of Dixon -- is burning in steep, rocky terrain with dense brush and timber.

Heavy air tankers dropped retardant on the fire, along with help from other aviation resources. There are currently 165 personnel assigned to the fire.

There are no evacuations and no structures threatened at this time, and there have been no injuries.

Revais 6000 Road between Revais and Magpie as well as Magpie 5000 Road are closed and people are being asked to stay out of the area.

The cause of the fire -- which remains 0% contained -- is believed to be a lightning holdover and is still being investigated.