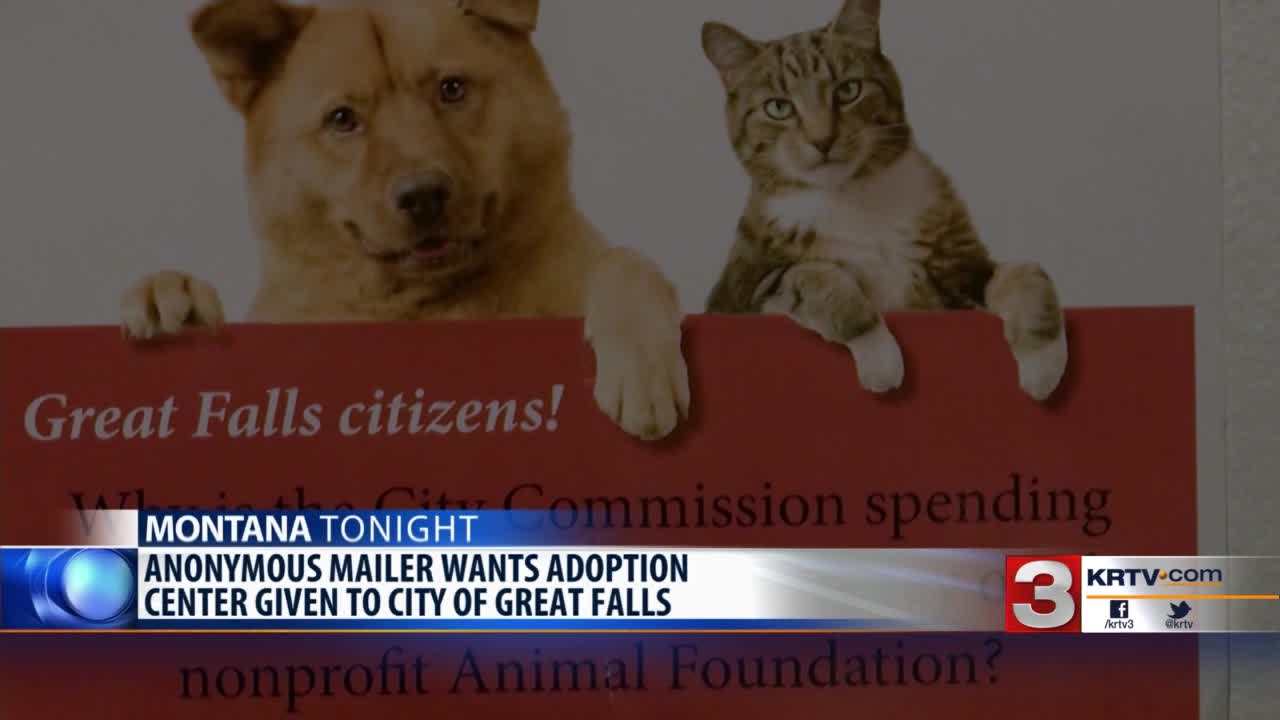 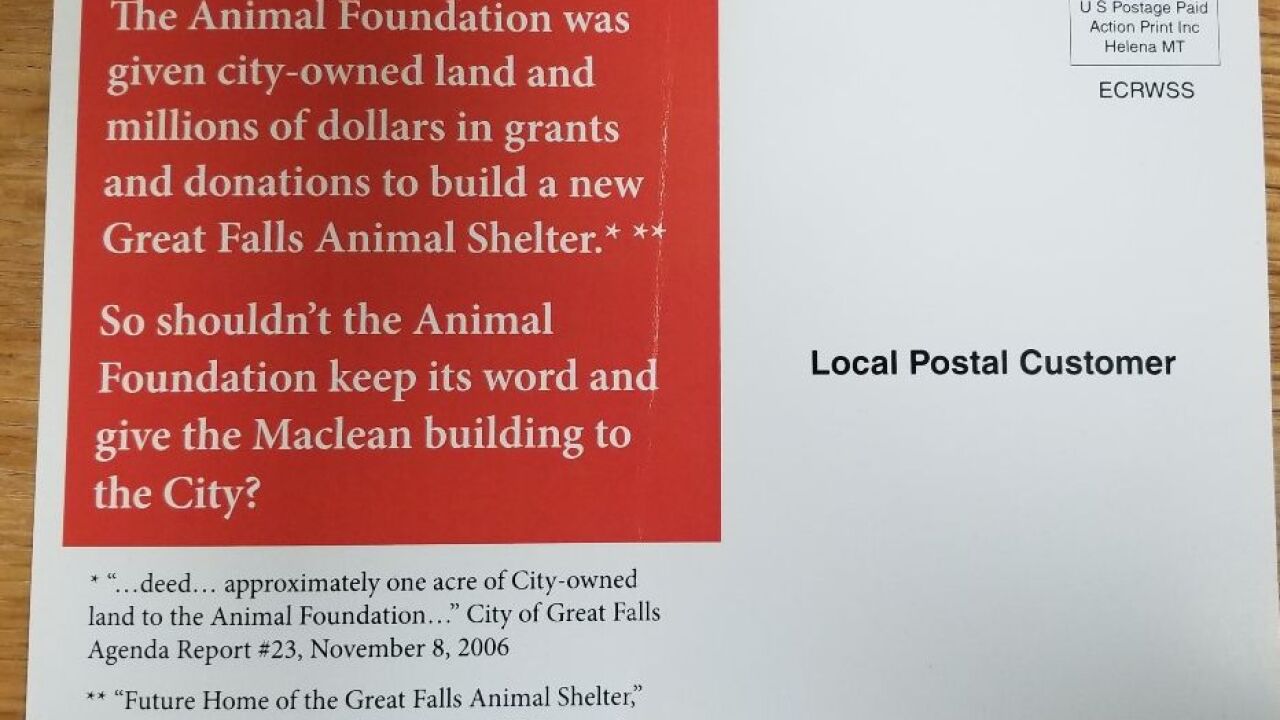 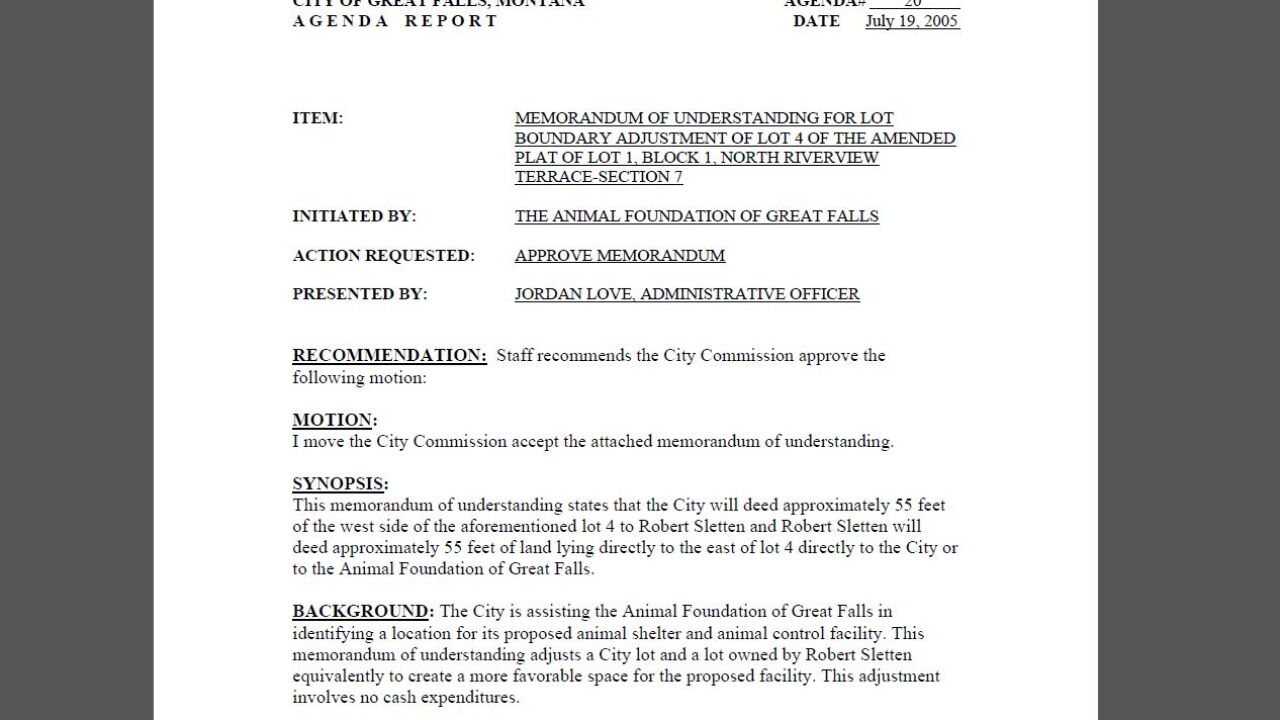 GREAT FALLS — An anonymous mailer is urging the non-profit that runs the Maclean-Cameron Animal Adoption center to give the building to the City of Great Falls.

Last week some people in Great Falls received the flier in their mailbox.

It questions the land exchange the city participated in back in November 2006 that provided approximately one acre of land for the Maclean-Cameron Animal Adoption Center, and grant money provided to the shelter. It even quotes city documents from November of 2006 and an Animal Foundation newsletter from the previous spring.

We went into the city archives and pulled the agenda report and found a copy of the referenced newsletter.

The process of the land exchange actually started more than a year earlier in July 2005. That's when city leaders approved a memorandum of understanding with the Animal Foundation to pursue a land exchange on a lot on North Riverview Terrace.

The idea was to exchange approximately 55 feet on the east side of one lot for the same amount of land on the west side.

The background document states that the city was helping the Animal Foundation of Great Falls with the location of its proposed animal shelter.

In a news letter in April 2006, the Animal Foundation of Great Falls announced it would build its new facility on land across the street south of North Middle School on 25th Avenue NE between 6th and 8th Streets, just a few hundred yards west of the City of Great Falls Animal Shelter.

The newsletter calls the facility the "Great Falls Animal Shelter" but only says the organization worked with the city on site selection and that they worked hard to find a site where the foundation did not have to undertake site improvements like extending sewer or water lines.

City leaders officially approved turning over approximately one acre of land to the Foundation in november of 2008. The city documents say the only stipulation was that the land be used for an animal shelter. There is no mention in any of the documents of any agreements to give the Maclean building to the city at any time.

We contacted to the Maclean-Cameron Animal Adoption Center on Tuesday about the mailer; they declined to comment.

The mailer indicates that it was printed in Helena. We called the printer and they said the could not disclose who paid for the flier.

If you or someone you know is responsible for the mailer we would like to hear from you; you can email us at krtvnews@krtv.com.