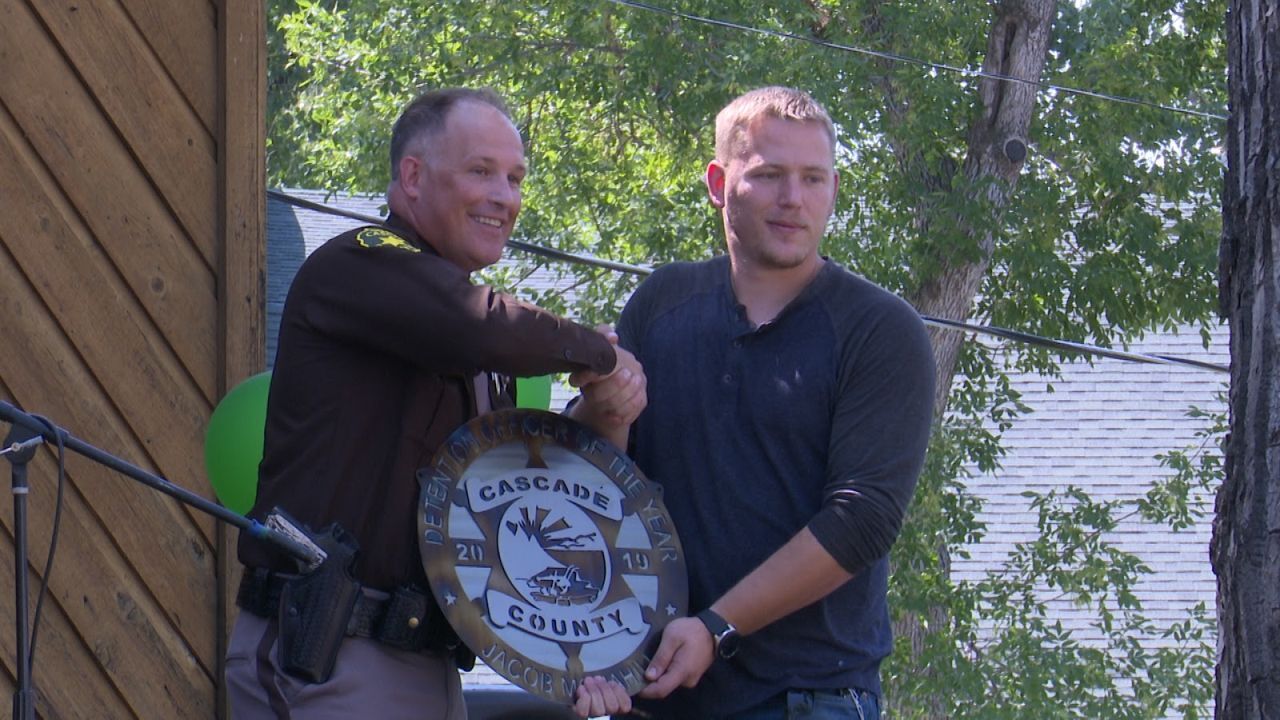 Around two dozen men and women took the stage as Sheriff Jesse Slaughter commended their exceptional work ethic and devotion, without which his own wouldn’t be possible: “My success is from the sweat, tears, and unfortunately the blood of those I work for, and on a daily basis, those who came before us,” Slaughter said.

Civilians received awards for supporting the Sheriff's Office with endeavors like the K-9 program and use of force training house - via generous donation of time, funds, and materials.

After applauding the civilians within Cascade County, Slaughter highlighted the members of his office whose efforts made a difference among the staff and community.

One noteworthy designee included 2019’s Detention Officer of the Year, Jacob McMahill, a past honoree who was selected for his critical and preventive efforts in the detention center. “It was a surprise to me to receive an award as a detention officer. it seems like a lot of people aren't paying attention to detention staff and what they're doing, so it's nice to be recognized,” McMahill said.

McMahill saw inmates exchanging notes within the detention center and took it upon himself to decode the messages in case they might indicate future violent acts.

“When you have inmates talking about things like, ‘Next time you see this guy, I want you to hurt him.’ Or things like that, then we can separate people, so you know they’re not gonna be hurt,” McMahill said.

Many officers like McMahill also took the stage and were applauded as some of 2019’s most devoted and valued staff members.

Here is a list of all of the men and women designated as 2019 honorees under the Cascade County Sheriff’s Office.