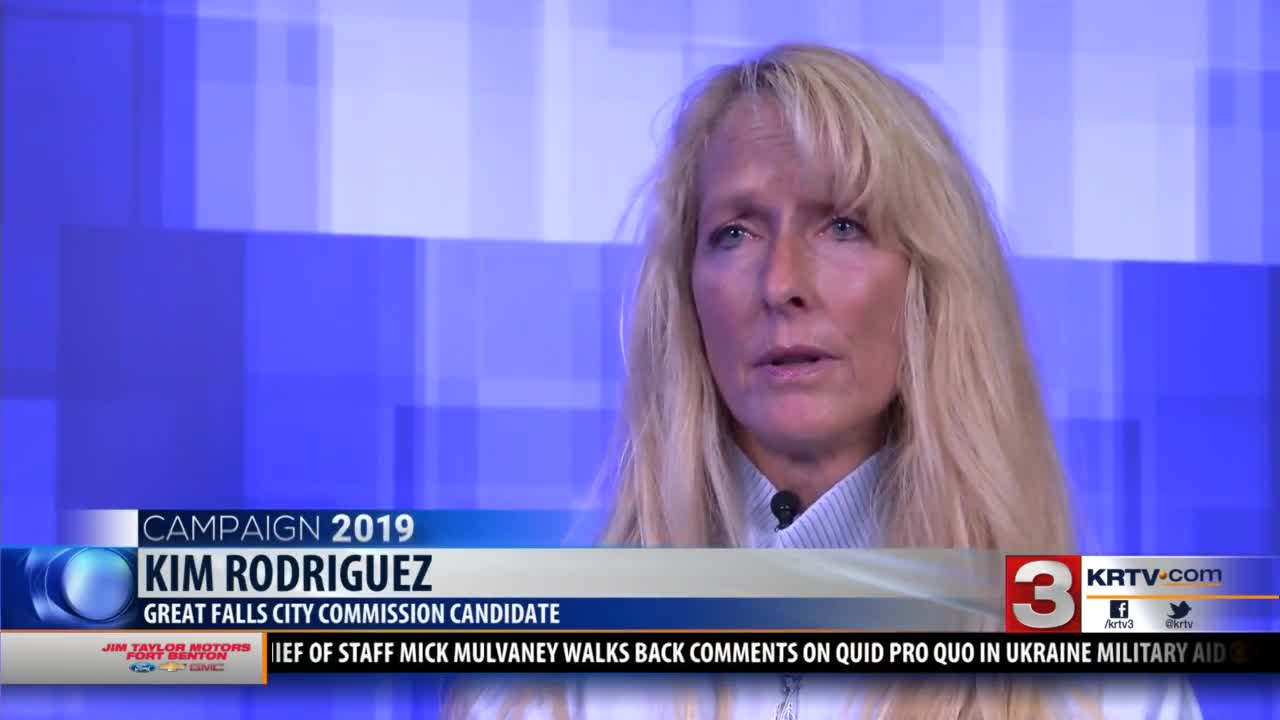 One of them is Kim Rodriguez, 55 years old, who has lived in Great Falls her entire life.  She’s been married for almost 30 years and has one son in the Navy. She is a former paramedic at Benefis Health System.  In 1994, she and her sister started an organization called Heartbeat, which provides CPR training to businesses around the state.

Rodriguez says on the campaign trail, the biggest concern she’s hearing from voters is about crime and public safety. She feels she can be the voice the voters need.

Rodriguez said, “I’m honest.  I am completely for the citizens of Great Falls.  I have no other interest, nothing else to gain other than I think it should be fair the way our taxes are spent and I don’t think people should be overlooked because of status whether they be poor, rich, that Great Falls needs a voice, the citizens need a voice.”

Ballots will be mailed out on October 21st. They are due back by 8 p.m. on November 5th.

CLICK HERE TO WATCH EXTENDED INTERVIEWS WITH ALL OF THE CANDIDATES