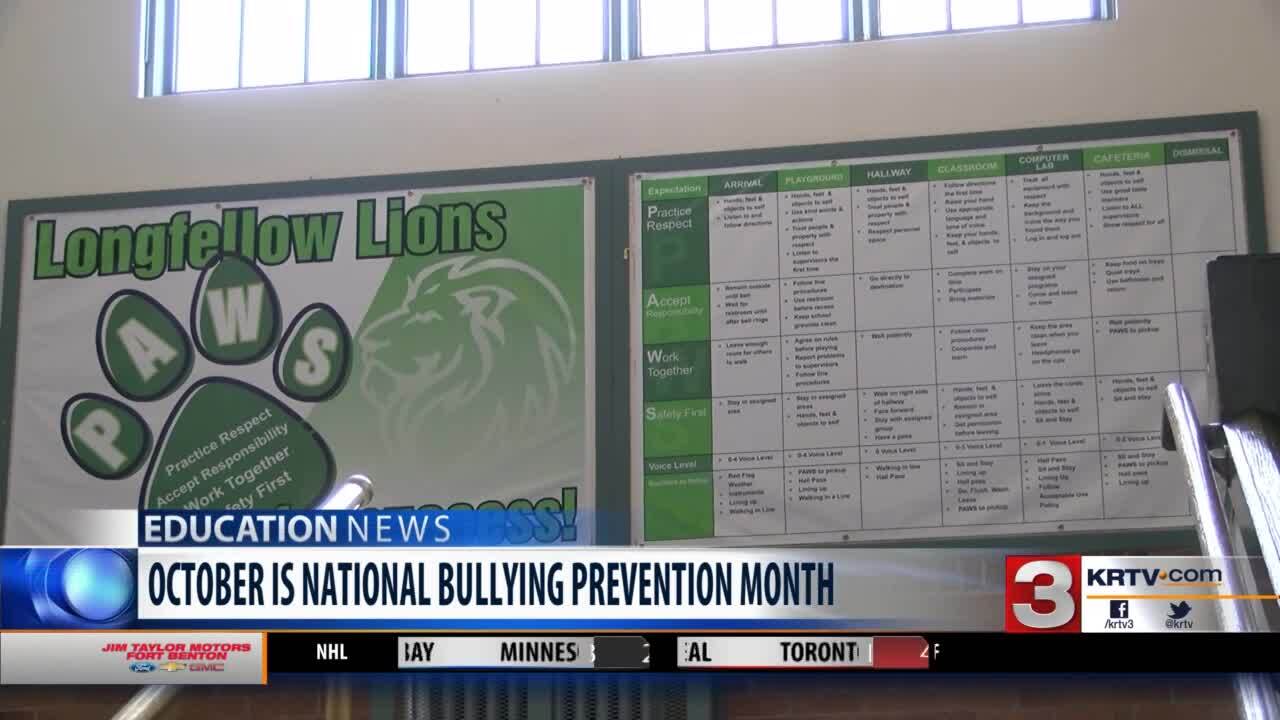 GREAT FALLS — We’re halfway through National Bullying Prevention Month, and many schools in the Great Falls area are stepping up to the plate.

“Each school has a lot of their own different events,” said Longfellow Elementary School Principal Lance Boyd. “Might be a kickoff ceremony, might be an assembly, might be skits that are done in the room, those kinds of things. Just things that address bullying, talk about bully prevention and the rules that we have at the elementary level as far as how we work with bullies and handle those situations.”

Boyd is one of two national certified trainers left in Great Falls. About eight years ago, the school district sent a group of teachers and school administrators to Olweus Bully Prevention Training where they became certified to be national presenters.

Through the program, Boyd and his peers learned how to deal with bullying, how to address bullies, and how to prevent that kind of action from happening.

Boyd says that National Bullying Prevention Month has been effective with students of all ages, even the youngest ones.

“I think it’s actually easier,” he said when asked if it was harder to teach younger students about bullying. “The younger kids are really responsive to it. We work a lot with bully circles and how we take care of one another and how we can protect one another, and we report things, if you see something, say something, and so they really get into the bully prevention lessons and the class meetings that happen on these topics from week to week.”

He also made sure to differentiate between bullying and conflict. Even though both tend to be negative and can lead to a bad encounter between two students, the difference isn’t just how one party reacts, it’s how they are able to react.

“The big thing is that bullying is that repeated, repetitive, over the course of time incidents where the person that is being bullied....they don’t have the power or the ability to stand up for themselves,” Boyd said. “So there’s a big difference between bullying and conflict that might occur with kids so frequently outside at recess or on the bus or in those areas.”