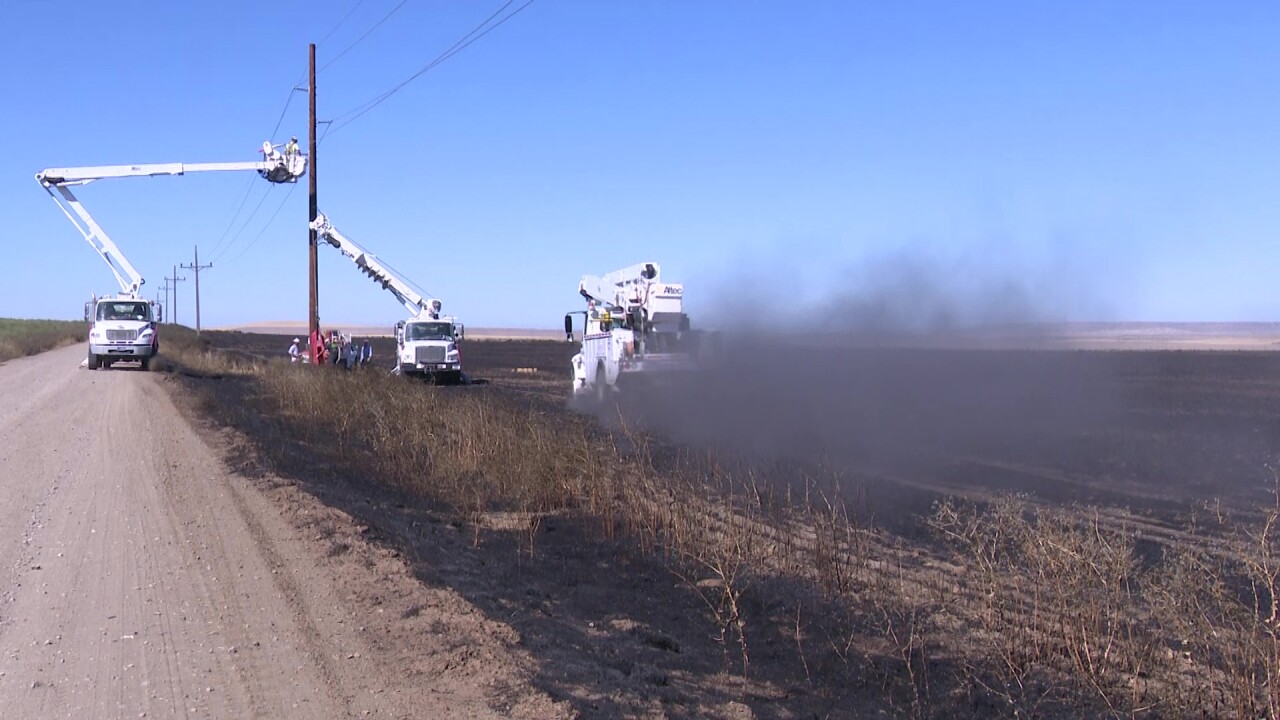 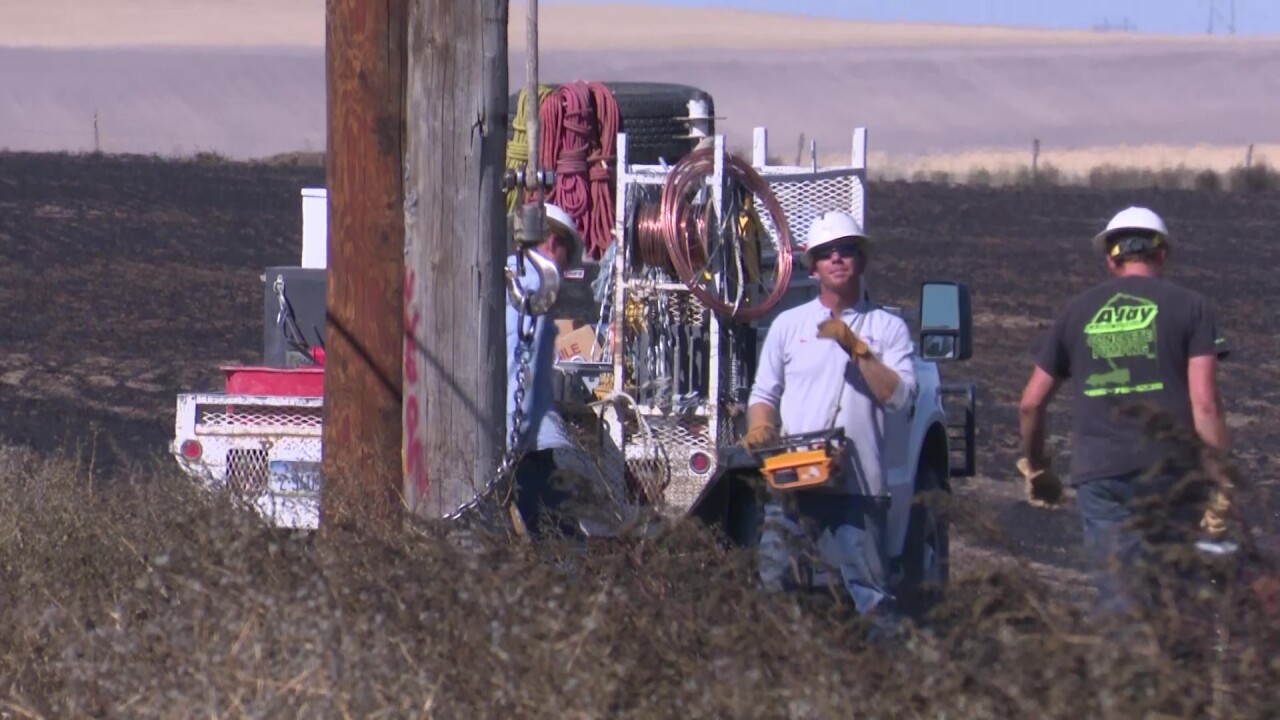 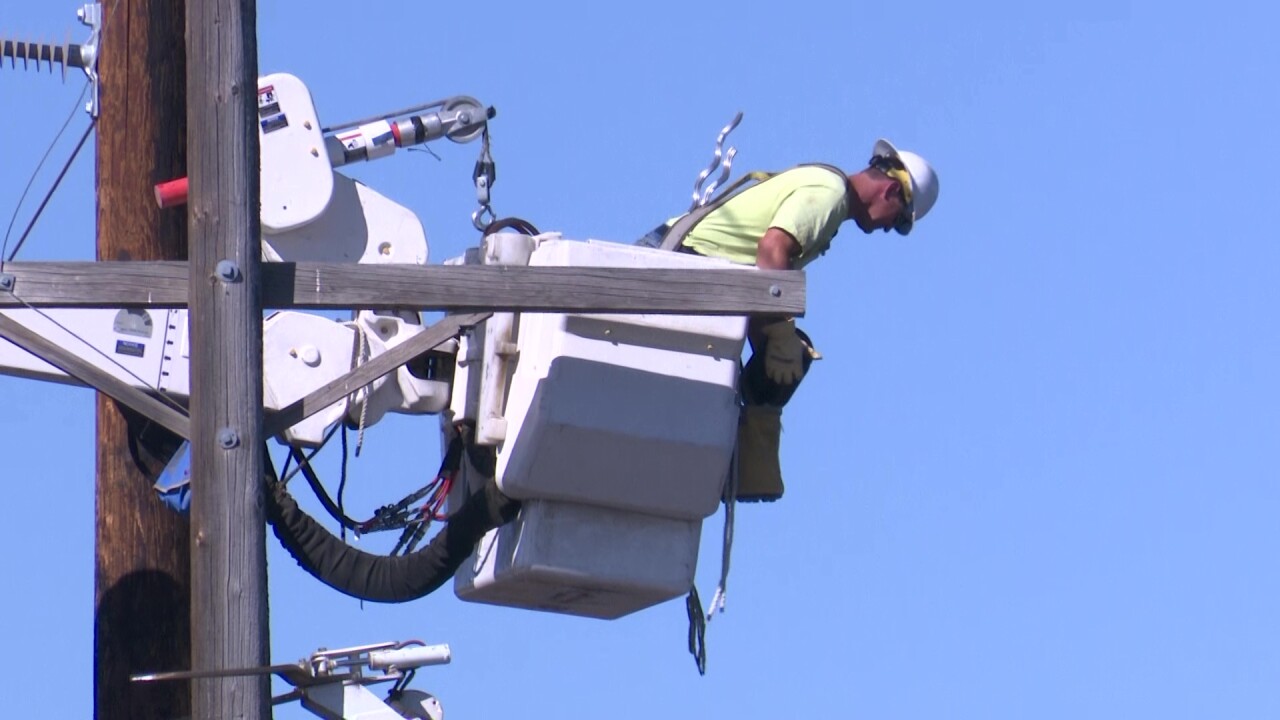 GREAT FALLS — A large wildland fire just north-northwest of Great Falls on Monday afternoon damaged or destroyed several buildings, and also knocked out power to about 1,380 customers of NorthWestern Energy.

The power outage affected people in the area (along Stuckey/Vinyard roads and Golden Valley Loop), and affected hundreds more in Sun Prairie, Vaughn, and Power. The affected customers were without power from about 5 p.m. to 6:30 p.m.

A spokeswoman with NorthWestern Energy says the fire damaged several distribution and transmission poles and lines.

Engineers were on site overnight and into Tuesday fixing about a dozen connected power lines on Stuckey Road.

The fire was contained late Monday evening; the cause and size of the fire has not yet been determined.

We are working to get more information about the people affected by the fire.

(MONDAY, 5:30 pm) More than 1,300 customers are without electricity in and around Great Falls.

According to NorthWestern Energy, about 1,253 customers in and around Vaughn are without power; the company estimates that power will be restored by 7:30 p.m. on Monday.

In addition, nearly 100 customers in and around Power are without power. The utility company estimates that power will be restored to those customers by 7 p.m. on Monday.

Another outage affecting up to 50 customers has been reported in Great Falls, centered near 15th Street North and 8th Avenue North.

We have also received one unconfirmed report that some people in Sun Prairie are without power.

There is no word yet on the cause of the power outages, although there is speculation that the wildland fire just north of Great Falls may be a factor.

You can monitor power outages on the NorthWestern Energy website .