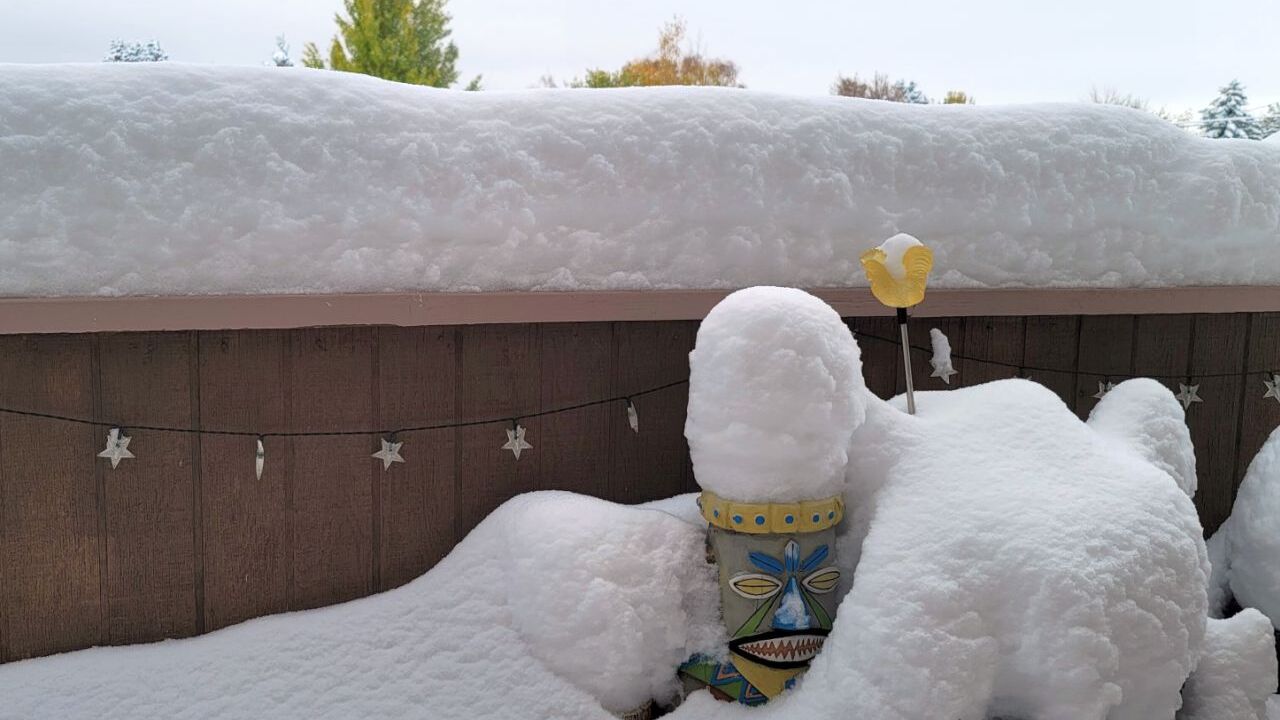 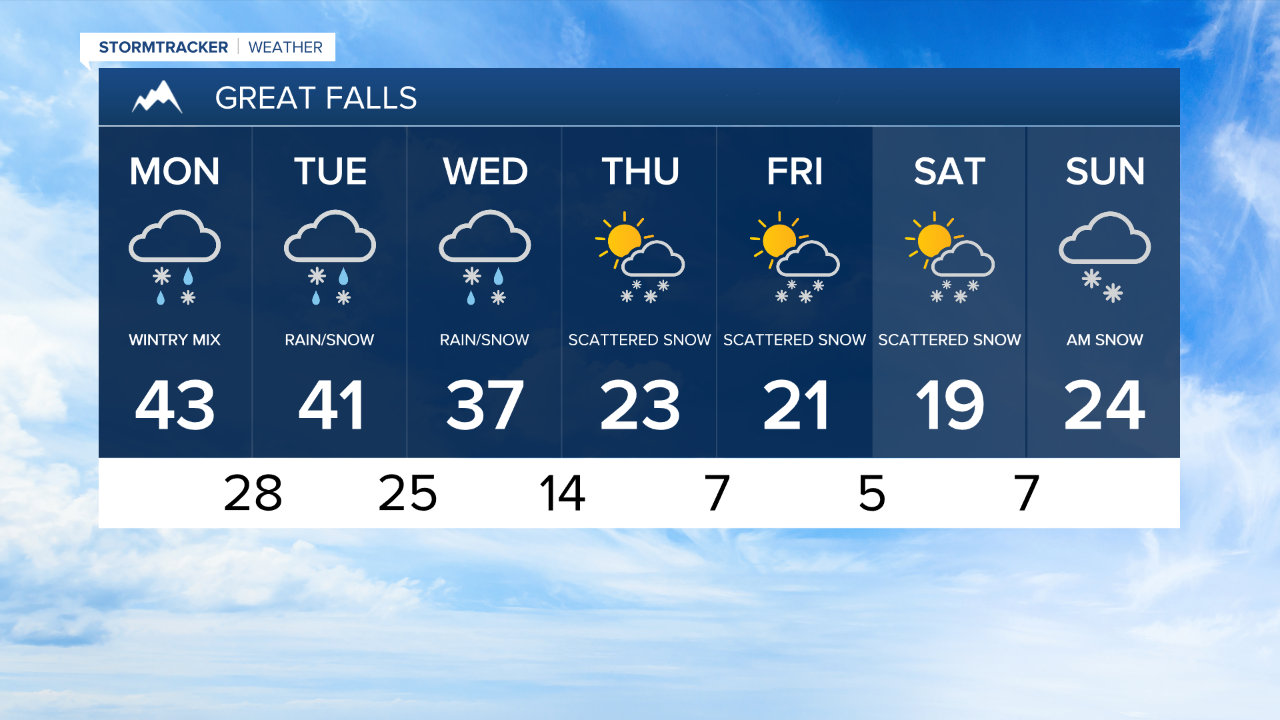 GREAT FALLS — Last week, we reported that there was a 100% chance of snow on Saturday and Sunday - and the amount that fell in Great Falls was record-breaking.

On Saturday, Great Falls received 4.9 inches of snow, setting a new record for October 17th, according to the National Weather Service. That broke the old record of 3.4 inches set in1949.

And it didn't stop there: 8.4 inches of snow fell in Great Falls on Sunday, October 18th, marking a new record for one-day snowfall in October. The NWS says that the previous record one-day snowfall high for October was 6.6 inches on October 13, 1975.

Here is the list of October records from the NWS:

And there may be more snow in the coming days - along with much colder temperatures. The next weather-maker moves in Wednesday afternoon. Colder air and north Pacific moisture are expected to move in allowing for a steep drop in temperatures overnight and more snow accumulation, and 3 to 5 inches are very likely out of this next system.

Flurries turn to a wintry mix as Monday plays out
Copyright 2020 Scripps Media, Inc. All rights reserved. This material may not be published, broadcast, rewritten, or redistributed.