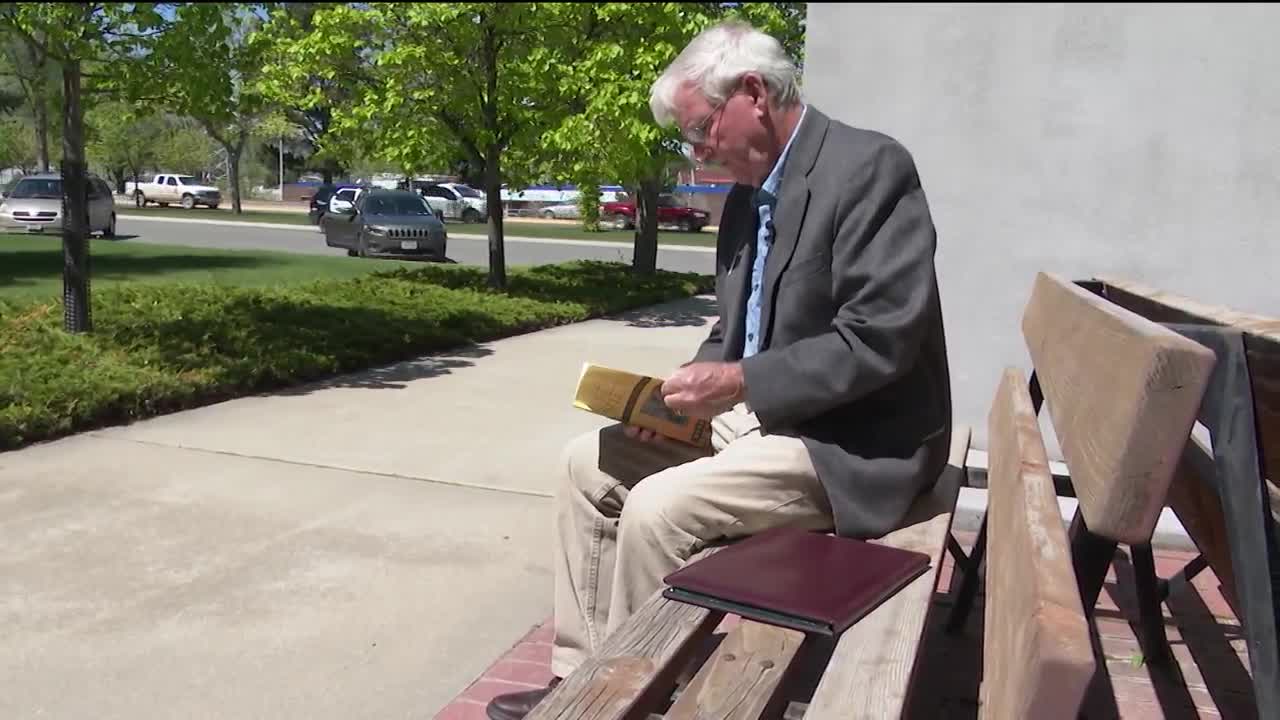 Bob Haseman is a Vietnam Veteran, and the author of "The Sun Sets on Vietnam", a book that recounts memories of fighting as a Marine in the jungles of Vietnam.

During his deployment in 1969, he was a platoon leader and managed more than 100 Marines on Firebase Russell in Vietnam.

Haseman told MTN about his first feelings of landing in a war zone.

There were two lines of soldiers, some entering, while the others were going home.

"The new guys that were coming in, you know, they were kind of laughing at us, but I suppose if I remember right, there were some that seemed a little shell-shocked, but basically they were just overjoyed that they were leaving," Haseman said.

In 2019, he went back to that same soil to find answers about missing friends, as well as closure.

On the trip, a local Vietnamese news station found out a former U.S service member was coming back to Vietnam. A photojournalist came along on the journey to document his experience.

His son, a fellow veteran and few Vietnamese locals hiked through the jungle to find the missing pieces of artifacts and memories.

For Haseman, being able to share a milestone with his son was something to cherish through the generations, "But, really walking to Russell, was the best experience with my son because he could really experience the terrain, the jungle."

As the group walked through the muddy trails in the heat of the humidity, for Haseman, it was like opening a time capsule of memories.

"I also learned a great deal more about Portugal Silveira, and Randy and Bernie, a couple of other Marines that I served with," Haseman said.

It was then that the stories began to unfold, and the memories came back of an explosion he survived.

Haseman had boarded a plane and was in the air, minutes before a Kit Carson scout, a former Việt Cộng soldier, flicked a cigarette on a fuel dump.

"And, from that fire, various charges were set, and all the bunkers exploded, started to explode and were wired to go, one would explode, then the next one would be one, two, three, four and it would go around the hill. That would be the intention once he started that explosion," he said.

While hundred of marines scattered, one marine ran towards the explosion.

"Portugal Silveira, who was the Marine instead of running away, ran into his bunker and separated the dead cord and a few minutes later was killed in a second explosion, that mortally burned him."

Haseman submitted Silveira to receive the Navy and Marine Corps Medal, which is the highest non-combat medal because the explosion was an accident.

Haseman published his book in 2015. He is working on a sequel.

Haseman's book, "The Sun Sets on Vietnam," is available online for sale.