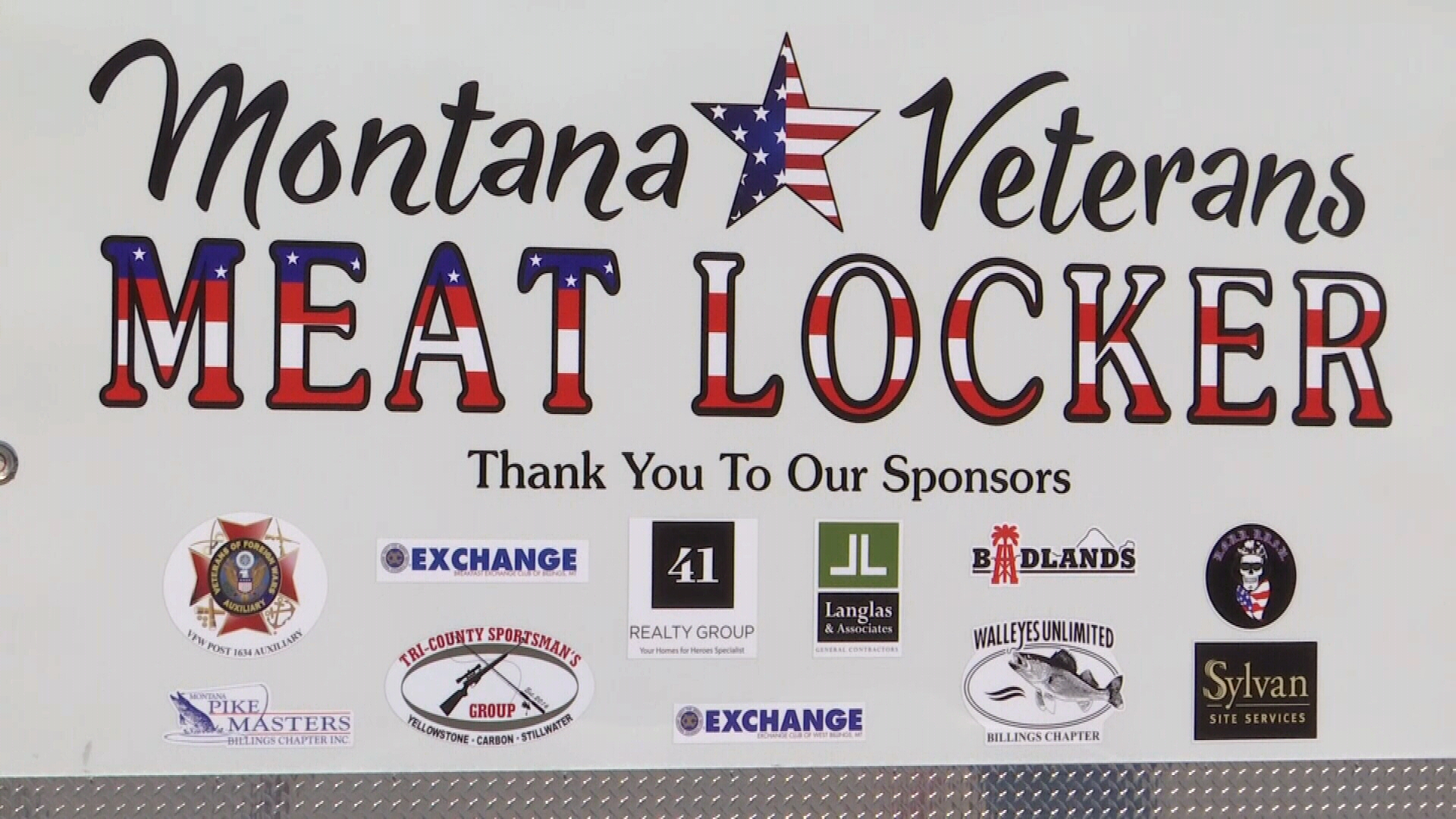 Volunteers with the Montana Veteran's Meat Locker held the largest giveaway in the nonprofit's history at Miller's Horse Palace in Laurel Saturday, handing out 2,500 pounds of free meat to more than 200 veterans.

“With the pandemic going on, we tried to establish it having drive-up style. We didn’t anticipate this many people. (We've given out) 2,000 pounds in less than an hour and we’ve never done that before. The turnout, community involvement, the word of mouth has been awesome," said Chris Grudzinski, Co-founder of the Montana Veteran's Meat Locker.

Grudzinski said volunteers had to make a second run back to the main freezer to pick up an additional 500 pounds of meat to give away.

“I’ll bet you we’re going to give it all away and that’s going to clean out our freezer for good," Gurdzinski said.

The Montana Veteran's Meat Locker has been giving out free domestic and game meat to veterans since 2017. Grudzinski said he started the nonprofit with the help of his wife, originally storing product in the family's garage freezer.

Yellowstone County area hunters and ranchers donate their harvests to the Veteran's Meat Locker. The group then pays for processing and distributes the meat to veterans or their family members for free.

"We couldn’t have done it without the amount of volunteers we’ve had. Phillips 66, they came and gave some burgers and some non-perishable items. We had AmeriCorps who contacted three different produce gardens in Billings. They donated a bunch of produce that was all handed out and given away in less than an hour," Grudzinski said.

Not including the Saturday event, the Montana Veteran's Meat Locker has given out 60,000 pounds of meat to more than 5,000 veterans over its history, Grudzinski said. This year he's seen demand increase after the COVID-19 pandemic.

“It’s a really big pick up this year, especially with the price of beef. With the shortage of beef as well, we’ve had a high demand of calls. Its put us in overtime with it. Given that we can’t meet all of the needs, we’re trying to get as many as we can and get as many people as we can," Grudzinski said.

Last year after donations from several sponsors, the group bought a freezer trailer to allow for easier distribution. The trailer has crossed the state from Kalispell to Glasgow helping out Montana veterans.

"It’s followed through throughout these years. We’ve had a lot of individuals that tell us that they really needed it this time. This was a pickup. If we didn’t have this, they said they didn’t know where they would be and this kind of gave them that leg up and continue driving forward," Gurdzinski said.

The nonprofit relies solely on donations to pay for meat processing. Gurdzinski said it's been the help of the community that has gotten the group this far.

“It started out with some freezers in our garage and it just kept expanding and the hunters stepped in, then the ranchers stepped in and we had to up our game. This is all volunteer ran. We don’t have any paid staff. So, we rely 100 percent on donations. That’s why this organization has been funded by Montana and the great communities throughout that made it possible," Gurdzinski said.

To keep up with the Montana Veteran's Meat Locker and find out when when its next event will be, visit its Facebook page by clicking here.