Maclean says its trade missions like this where important relationships are developed that benefit everyone
Posted: 10:55 AM, Oct 21, 2019
By: Russell Nemetz 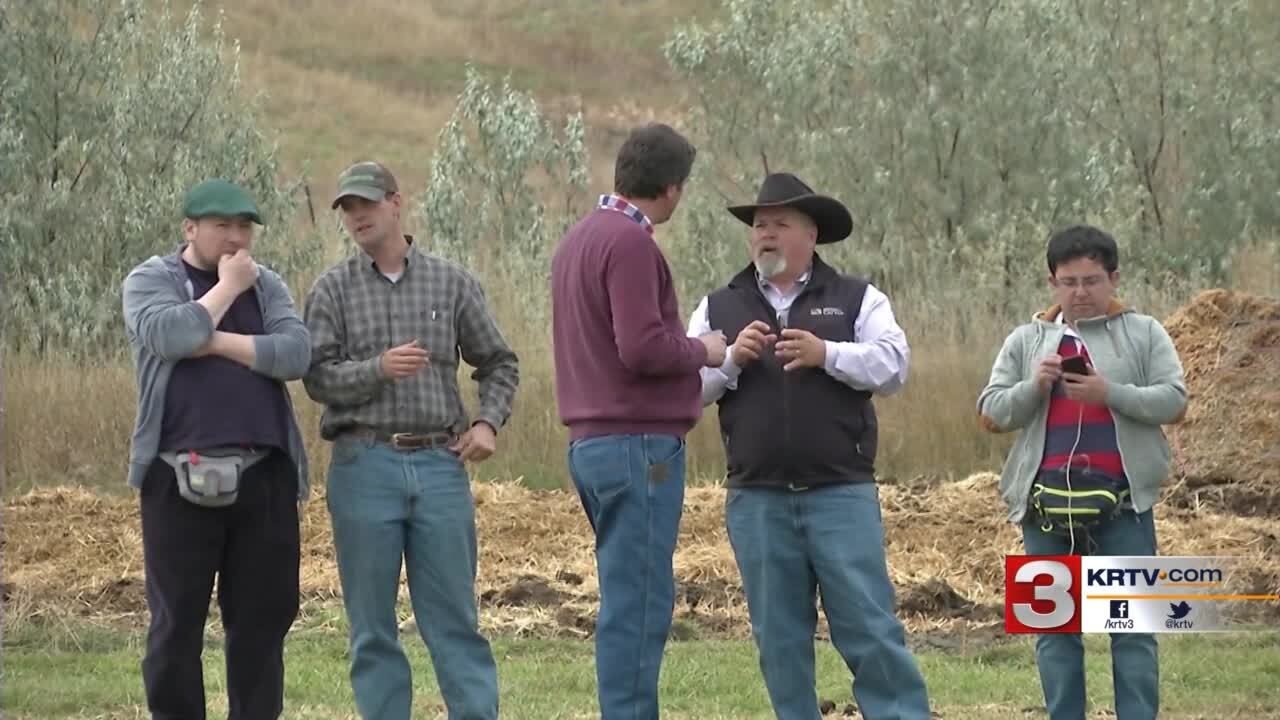 NEAR HARDIN — In the cattle industry, Montana is known as the seedstock capitol of the world. And this week the Montana Department of Agriculture is hosting a group of cattlemen from South America who want to improve their herds genetic potential by using Montana cattle genetics.

“Last year in November, I had the opportunity to go to Chile and see what genetics they had there” said Reisig. “We went to several Black Angus places. And it was neat to see the genetics that they're using and where they're at. It's a beautiful country and what their feeds and stuff and what genetics they were using. And come find out it's a lot of the same genetics we are using, but we used three generations ago. And so now it's nice to see a delegation from Chile to come see us and see where, you know, we’re two to three generations ahead and to see what opportunities they could be doing with their cattle.”

Peter Maclean is one of the Chlilean cattlemen and says Montana is known for its high-quality seedstock genetics.

“Well, we were invited by the Agricultural Department in Montana” said Maclean. “And the idea is that we could see your genetics and get a good idea of what you have to offer for our productive system. You know, we normally breed in cattle and we sell when young calves or winter calves to the northern part of the country. And it's in the genetic input is not what it should be. So, we're trying to get in new genetics from Montana. You guys have good quality and well, I'm especially looking for a middle size framed cattle.”

Reisig says in Chile their cattle market is based on yield where ours is based on quality. And he says these Chilean cattlemen recognize this and that’s why they’re interested in Montana genetics.

“You know their market might be headed towards a quality-based market instead of just a yield grade” said Reisig. “So, they can see that in our in our genetics.”

Maclean says its trade missions like this where important relationships are developed that benefit everyone.

“We get genetics from Montana, but through big companies” said Maclean. “I think the idea here is to be able to do a bit of direct business between producers, which makes it better for both sides.”

Montana cattle genetics make their way to international destinations like Chile thru semen, embryos, or both.