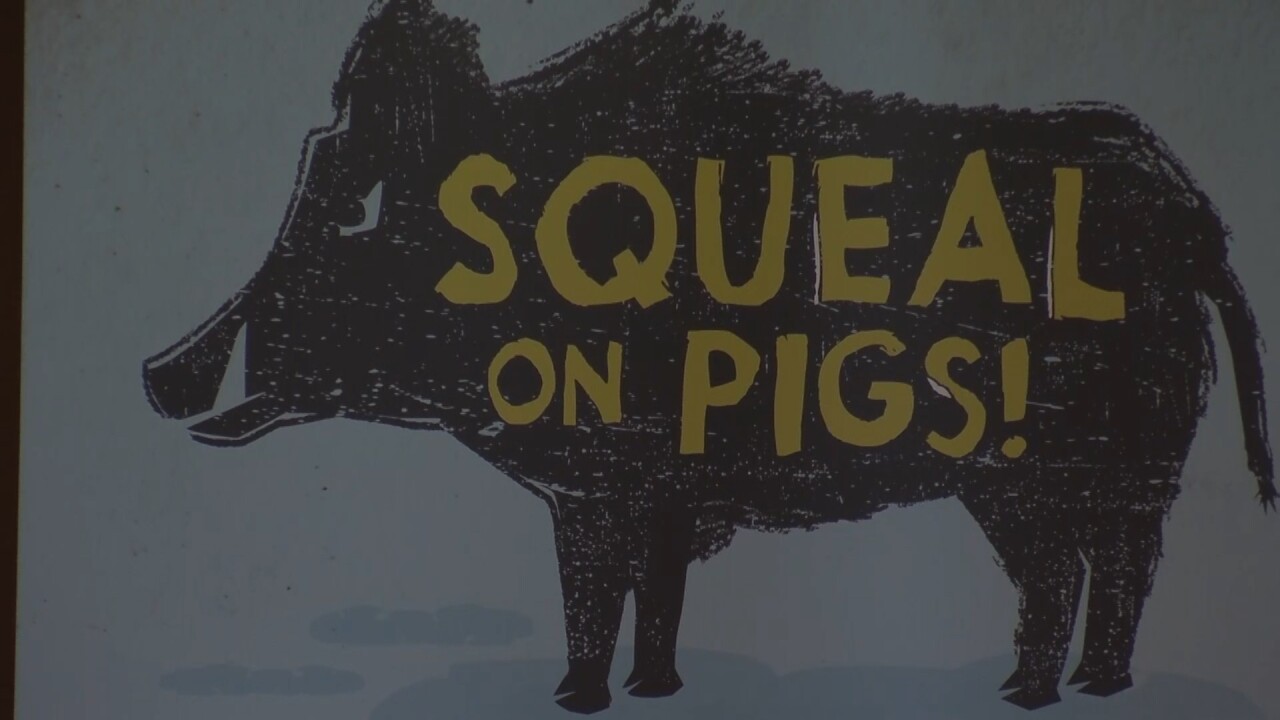 A real threat of feral hogs moving into Montana has state officials on high alert in an effort to protect the state’s livestock, wildlife and landscape from these destructive feral swine.

While feral hogs may look like domestic hogs, they’re much more destructive. And with Canadian feral hog herds now threatening Montana’s northern border, state officials like Tahnee Szymanski, Assistant State Veterinarian at the Department of Livestock are working hard to prevent their introduction.

“Feral swine are a little bit a unique invasive species in the sense that they hit a very wide spectrum of agriculture” said Szymanski. “Actually, they extend beyond agriculture. They damage environment through rooting and nesting behavior. They're predatory. They carry diseases that can be transmitted to domestic livestock, certainly pigs species, but also cattle, wildlife and even people. So just the amount of damage that they're capable of causing is really the reason that we focus on them.”

Responding to the potential threat of feral swine entering Montana, a summit was held in Billings last week which brought U.S. and Canadian stakeholders together. Dr. Ryan Brook is an Associate Professor in the College of Agriculture and Bioresources at the University of Saskatchewan and has a strong message for Montanans.

“If you have feral swine, even one, stop everything you're doing and get rid of those pigs and don't stop until they're all gone,” said Brook. “The message today has been great because Montana doesn't have feral swine. And certainly, we've really underscored that you do not want them. They're destructive. They could spread disease to livestock, pets, humans and wildlife. They do tremendous crop damage and they destroy the environment as well. So, the risks and impacts are huge and really, really important. And we have been unsuccessful at controlling our wild pig population in Canada and it's spreading exponentially. So, we are in the middle of a crisis.”

Maggie Nutter and family ranch near Sweetgrass in northern Montana. She says Montana doesn’t need another invasion species like feral hogs that threaten her way of life.

“This is going to be a huge issue,” said Nutter. “If you look at the damage that has been done down south by feral pigs, it's amazing. But you look at the stuff that's happening up in Saskatchewan and Alberta, and if you talk to some of the producers up there, it's a scary thing. We can't afford the diseases that might come with it and we can't afford the damage to our crops.”

The USDA currently estimates feral hog damage in the U.S. at over $1.5 billion. That number most certainly will go up if or when feral hogs become an invasive species in Montana.

Montana officials encourage people to "Squeal on Pigs" and report feral hogs to Montana Fish, Wildlife, and Parks officials at 406-444-2976.