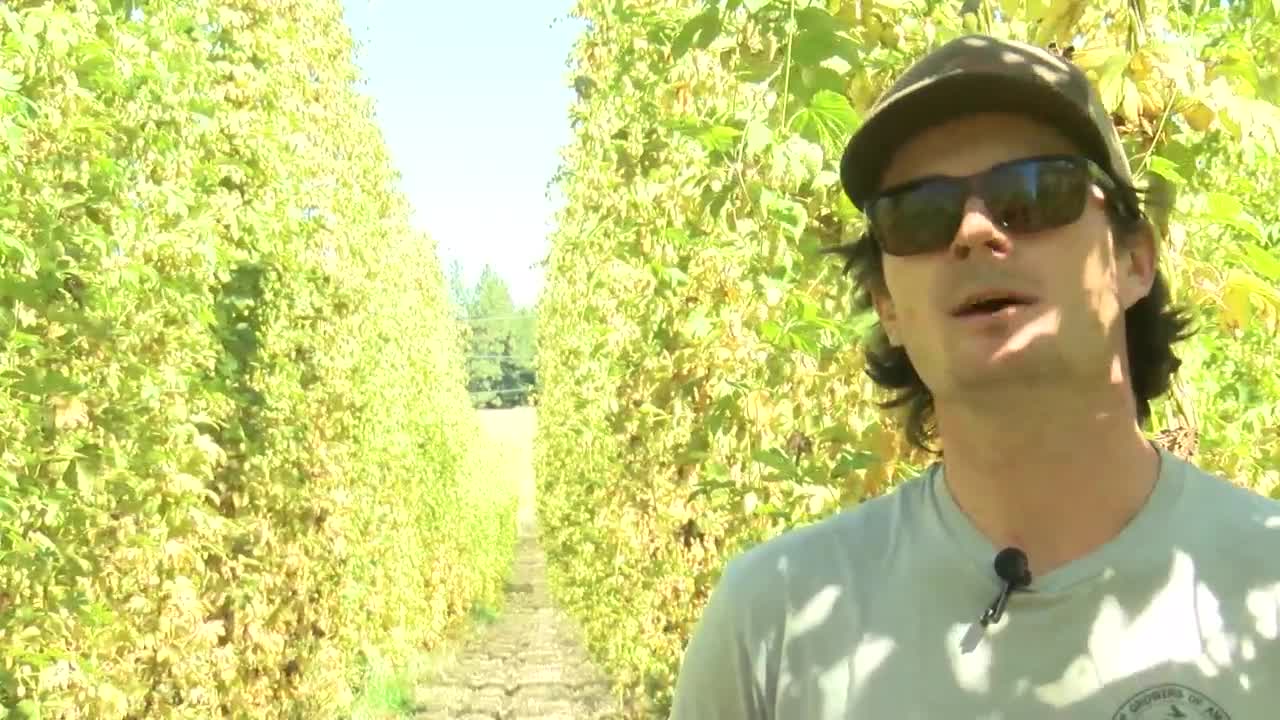 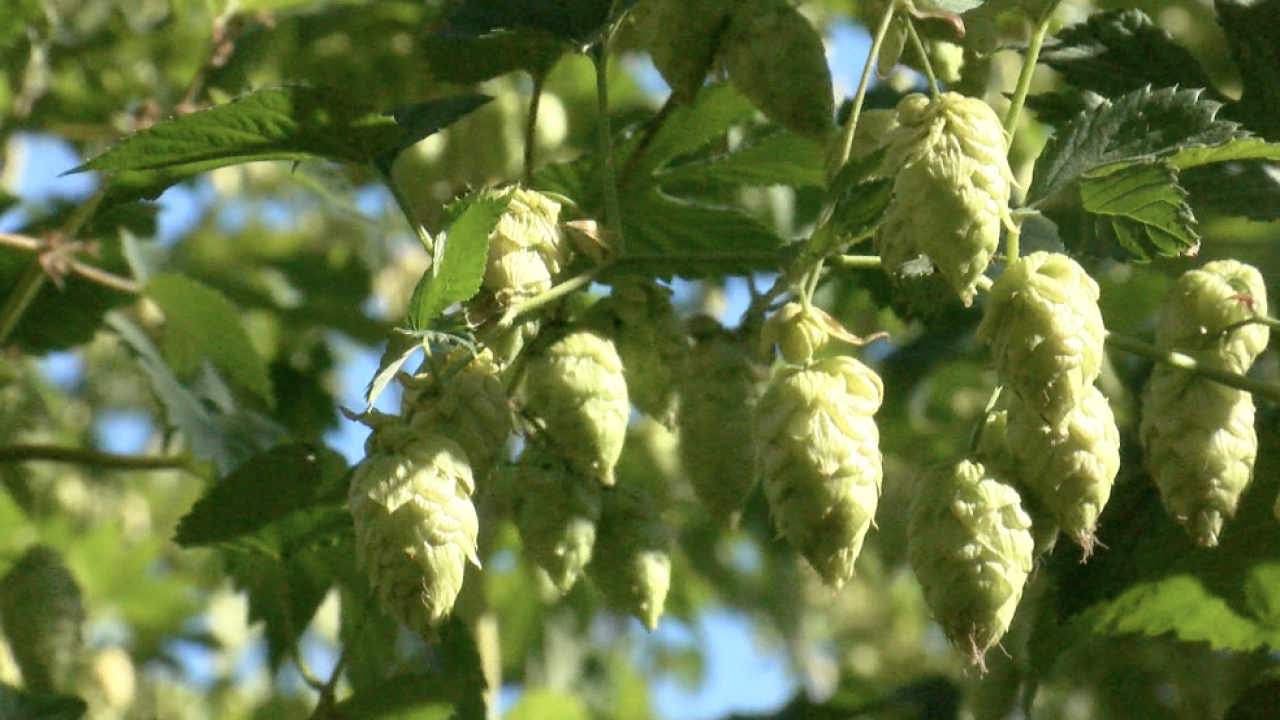 “It has always been the goal to have craft hops for craft brewers so that they can make beers with all Montana ingredients,” said Big Sky Hops Farm Co-owner Maddy Jones.

Big Sky Hops Farm part of Big Sky Orchards in Bigfork are one of the biggest hop producing farms in the Flathead Valley. The farm consists of ten acres of hop fields growing six individual strains of hops.

The family-owned business sells fresh hops to local breweries during harvest and also dry pellet hops that can be sold year-round.

Along with hops the Jones family also farm cherries along Flathead Lake.

Zac Jones studied Horticulture at Montana State University and says harvesting both hops and cherries is a full-time job for him and his sister Maddy.

“Tossing around the idea of growing hops and that it might be a pretty good industry to get in up here, especially with cherries and you never really know how harvest is going to go there, so it kind of split us up and allowed us to do two different crops,” said Jones.

This the third year the Jones family are harvesting hops and the first season using their own processing facility. The facility includes the Wolf Hop Harvester which they acquired with an agriculture grant through the State of Montana. It separates hop cones from vines onto a conveyor belt. The hops are then dried which takes eight-to-10 hours to reach the correct dry matter level.