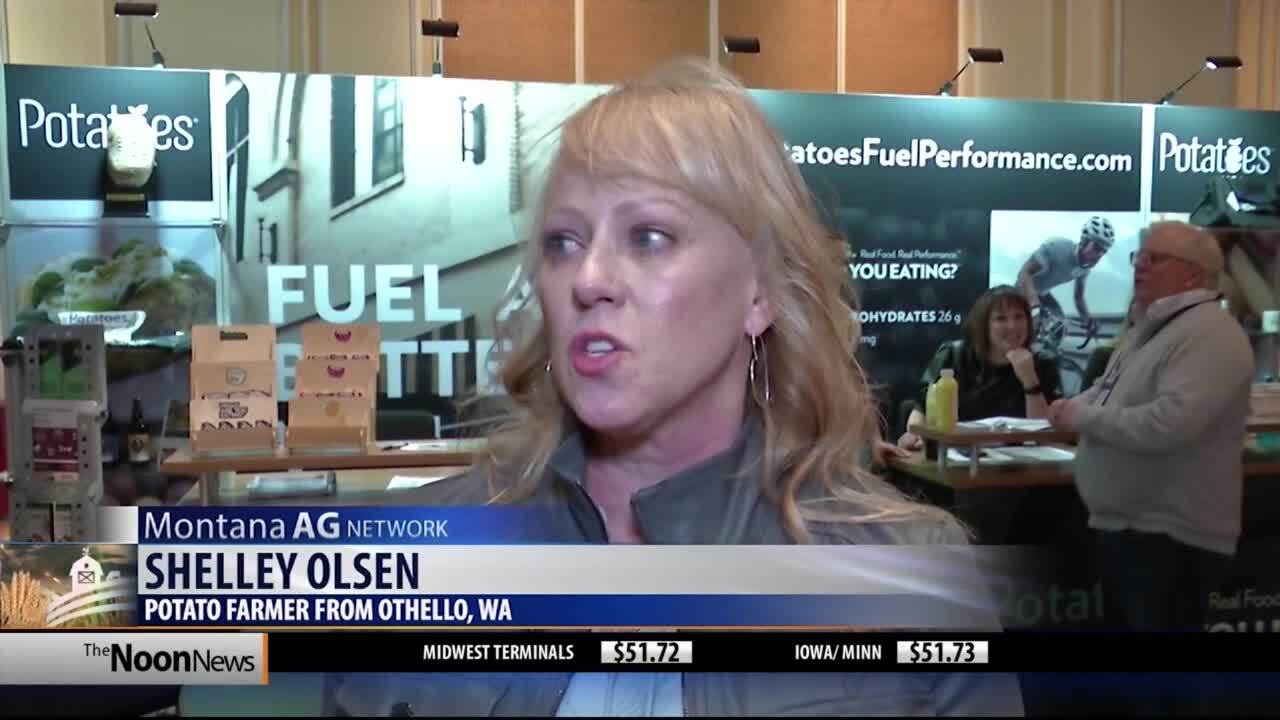 #1: One of America's favorite vegetables, the potato, is in the Las Vegas spotlight this week as the popular Nevada tourist destination hosts the 2020 Potato Expo.

Organizers with the National Potato Council say over 2,000 attendees from across the United States and even Canada are attending. And for potato farmers like Shelly Olsen from Othello, Wash., there’s a good reason.

“There's always great information and there's wonderful people,” said Olsen. “There's networking opportunities. Plus you can always learn something new and the speakers are outstanding. There's always good information to be had.”

She says that potato farmers continue to play a very important role in America's most essential industry- agriculture.

“We are a huge industry,” said Olsen. “We feed a lot of people. And I think just as growers, farmers, ag in general, it is it is an underappreciated and under-known industry. And I would love for people to get to know their local farmers, to ask actually where their food comes from and to come out and see how we do things.”

“We’re really strong in our seed quality and a lot of our potatoes then get used to plant the commercial crops or even sometimes the seed crops in Idaho and other surrounding states,” said Lake. “For the most part, Montana provides over 50% of the seed used to plant the Columbia Basin.”

“Labor and trade are the priority issues,” said Diaz. “You know, trying to get the help to get the crop in and then get the crop out are the biggest challenges we have today. And then getting our markets open and keeping them open, not only here in the United States but around the world.”

For more information about the U.S potato industry you can visit the National Potato Council’s website at www.nationalpotatocouncil.org .

#2: Groups that have campaigned hard for strong rules to protect family farmers and ranchers from anti-competitive business practices in meat packing and processing say that the rule proposed by the Trump administration to make changes to the Packers and Stockyards Act, published in the Federal Register, is at best only a small step. Now, USDA is AG Marketing Service says that the proposed regulation specifies four criteria that the secretary of Agriculture would consider when determining whether an undue or unreasonable preference or advantage has occurred in violation of packers and stockyards. Now the proposal has a 60-day comment period that will end on March 13th. Of course, the rule was driven hard by a directive in the 2008 farm bill. The Obama administration proposed rules multiple times, but they were withdrawn and the Trump administration canceled a rule proposed late in Obama's administration.

#3: It looks like a Wyoming lawmaker is sponsoring legislation to create a new state compensation program for ranchers who lose livestock to wolves. The bill, sponsored by Republican Representative John Winter out of Thermopolis, would create a fund with $90000 to reimburse ranchers over a two-year period. Now, under Representative Winters bill, ranchers who lose livestock to wolves outside wolf hunting areas also would qualify for compensation. Other reimbursement programs have been discontinued since the US government removed Wyoming's wolves from federal protection in 2000. And. Keep in mind, the bill still needs a two-thirds vote to be introduced during this winter's legislative session, which of course is dedicated primarily to the budget, and that four-week session begins on February 10th.