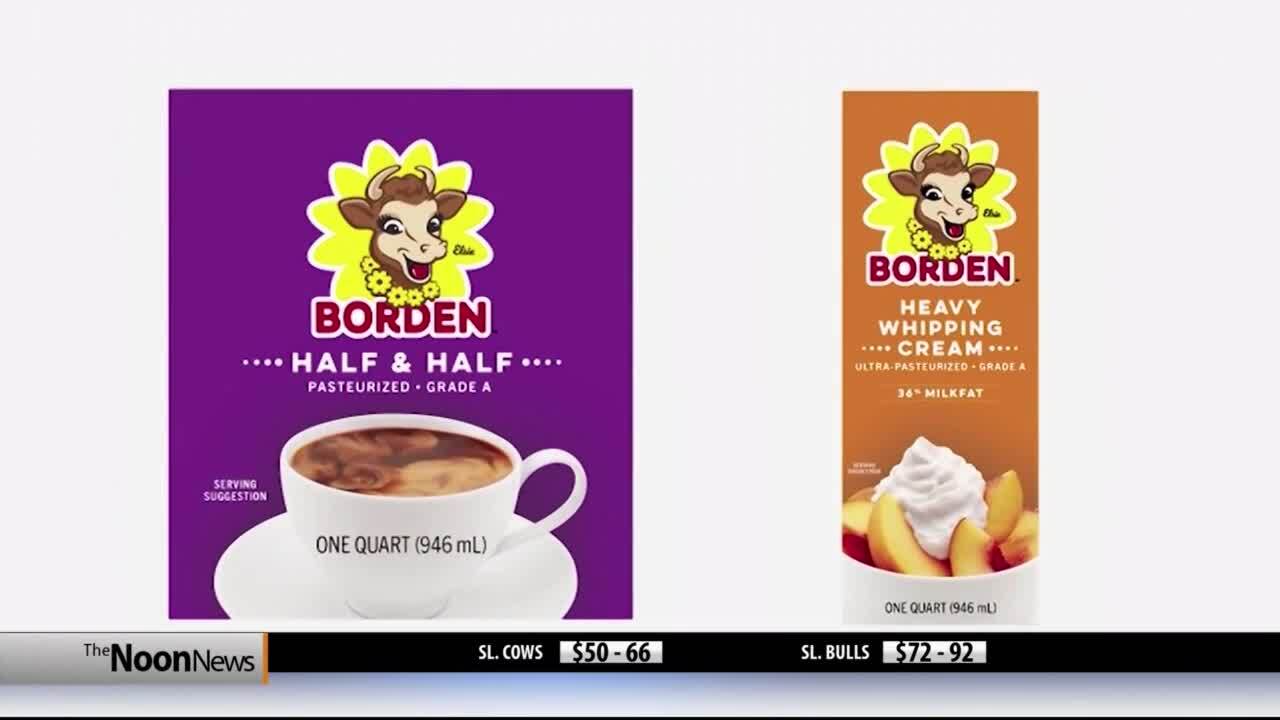 BILLINGS — #1 One of America’s oldest and largest dairy companies became the second major milk producer to file for bankruptcy in the last two months.

Borden Dairy Co. said it cannot afford its debt load and its pension obligations. The company said it also has been hurt by a drop in overall U.S. milk consumption since 2015. Borden noted that more than 2,700 family dairy farms went out of business last year, and 94,000 have stopped producing milk since 1992.

Dean foods, America’s largest milk producer, filed for bankruptcy November 12. Borden has 33-hundred employees - it's unclear whether the company intends to stay in business long term or liquidate. According to its bankruptcy filing from January 2019 through December 7, Borden reported a net loss of $42.4 million dollars.

The company's history dates back to before the U.S. civil war when its founder, Gail Borden, developed the first successful commercial method of condensing milk in 1856.

#2 Many in agriculture believe that the mislabeling of imitation dairy products have mislead consumers.

Heading into 2020, two major actions provide cause for optimism regarding a change in labeling enforcement at the Food and Drug Administration, according to the National Milk Producers Federation.

First, the Senate confirmed Dr. Stephen Hahn to lead the FDA back on December 12th. In an exchange with Senator Tammy Baldwin during his confirmation hearing, Dr. Hahn stated his support for “clear, transparent, and understandable labeling.”

“I'm in favor of clear transparent and understandable labeling for the American people,” Hahn stated. “American people need this so that they can make the appropriate decisions for their health and further nutrition. I very much want to look at this issue when I get to the FDA. I would like to point out that this is consistent with what I said around science data and congruent with the law. It's a really important part of what FDA does.”

Both the House and Senate versions of the Agriculture-FDA bill report included language reaffirming bipartisan congressional concern with mislabeled imitation dairy products, and directs FDA to enforce its own rules on labeling.

#3 This Friday, the first World Ag Supply and Demand Estimates report of 2020 will be released. But USDA is issuing a disclaimer for Friday's new forecasts for U.S. ag product supplies, export stocks and prices.

That disclaimer is that this report is based only on conditions and policies in effect when the forecasts are made. Dr. Mark Jekanowski is Acting Chairman of USDA's World Agricultural Outlook Board. He issued the disclaimer that the phase one trade deal with China won’t be factored into the report, since that deal will not be signed until the Jan 15th.

“We still don't know many of the details about what's in that agreement,” said Jekanowski. “So there's not a lot that we can do in our analysis to incorporate any expectations for what that deal would apply for agriculture. But, even if we knew those details, I mean the fact is the way we do our work we don't count any trade deal until the ink is dry. Just the anticipation of that deal has helped to support prices thought.”

That anticipation, along with the recent Chinese purchases of soybeans, will factor into the report.