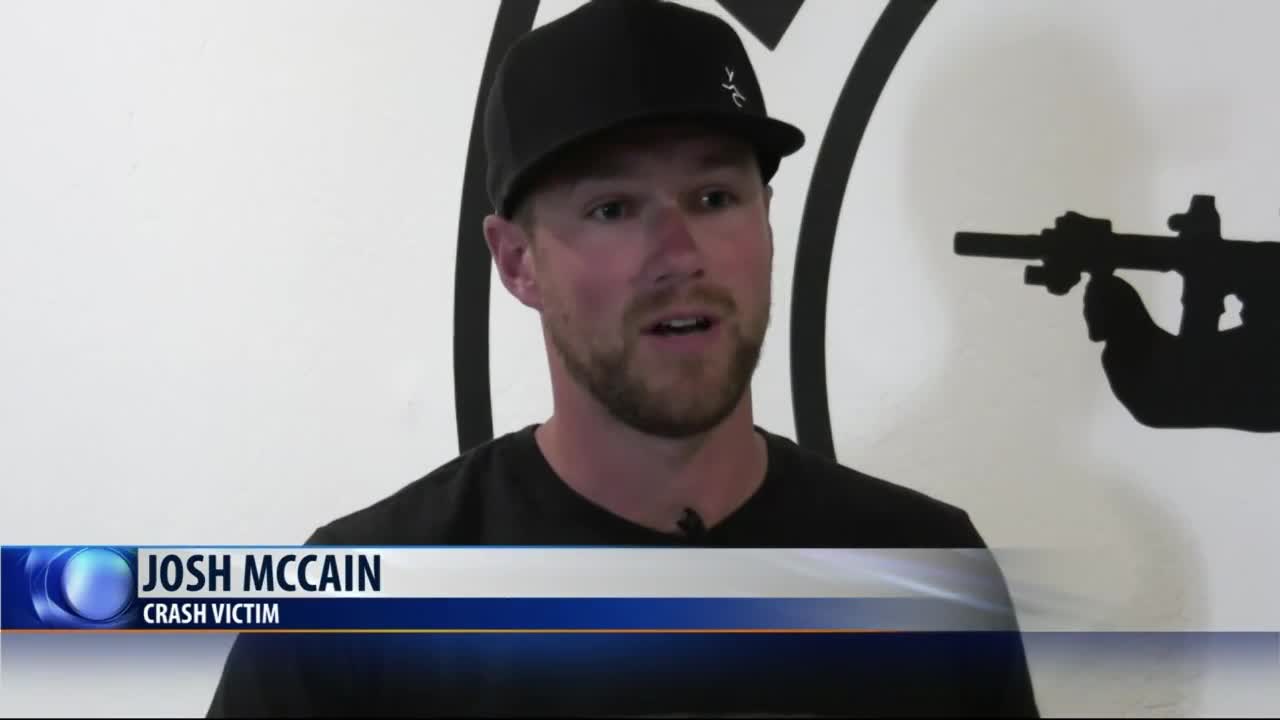 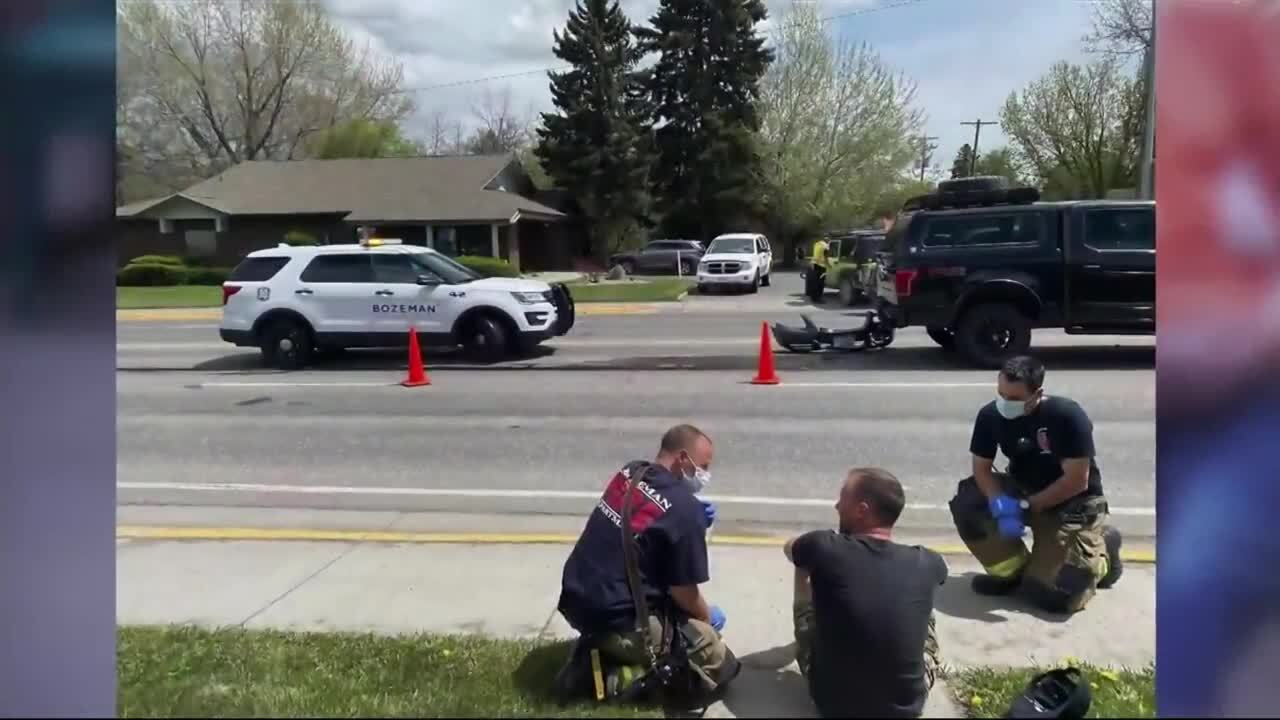 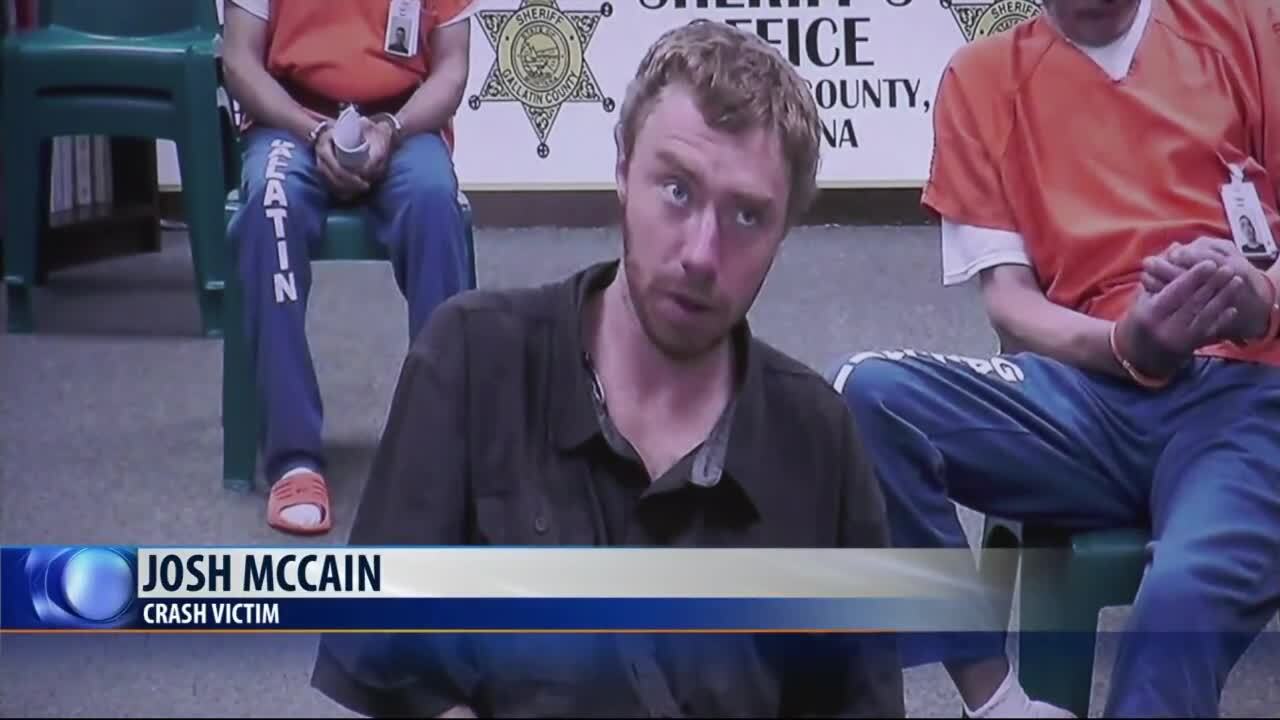 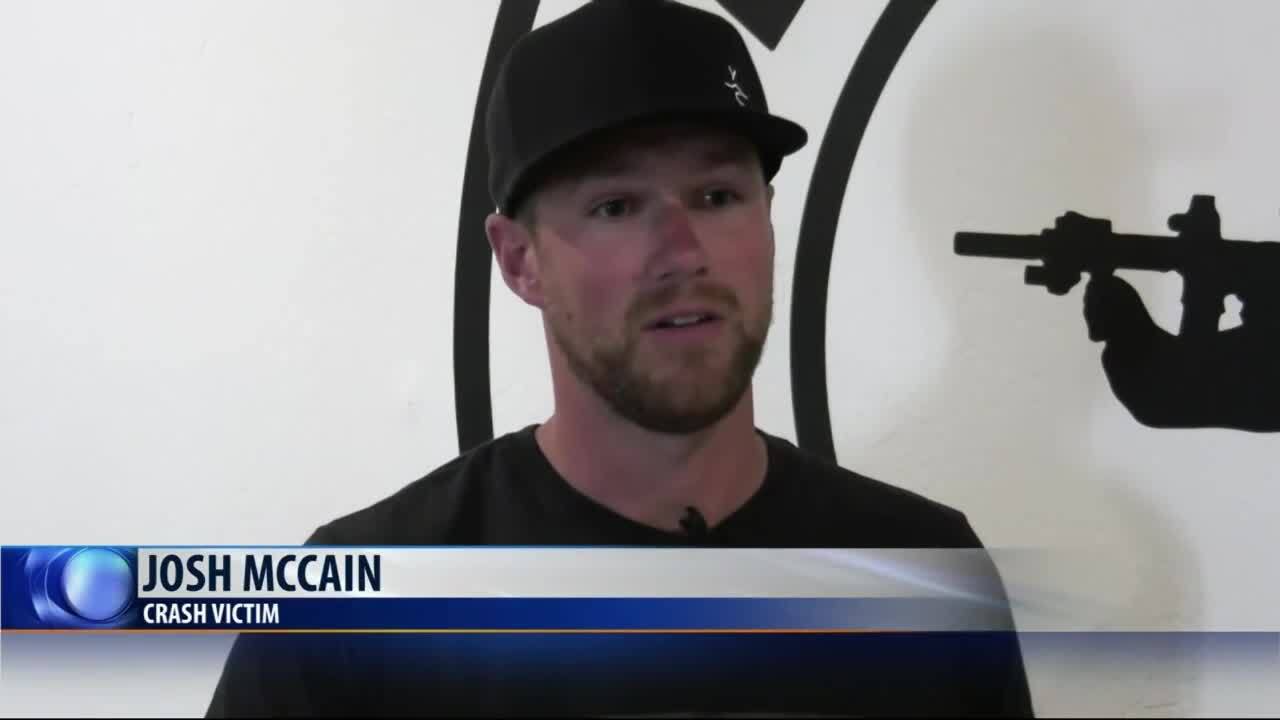 BOZEMAN — A Colorado man is behind bars and his friend is in the hospital after the van they were in crashed into a truck on 7th Avenue on Tuesday. The pair took off according to court documents, but the fast actions of witnesses prevented the worst.

Josh McCain says he and his young nephew were driving down 7th just after 1 pm, a busy time for traffic in Bozeman. McCain says what happened next when a man and his passenger slammed into the back of his truck, causing a chain reaction, was a miracle. “I had my nephew in the passenger seat and we were just talking,” McCain says. “All of a sudden, just bam.”

Police say Jeremy Morreale and his friend sat in their damaged van for less than a minute after their van smashed into McCain.

To McCain, the rest happened like dominoes. “They hit so hard that it kind of took me about four or five seconds to kind of come to it,” McCain says. “I looked at my nephew, made sure he was okay. Unfortunately, he hit us so hard that we hit the lady in front of us, a grandma and her two granddaughters.”

McCain moved fast, checking on the family ahead. "I said stay in the car,” McCain says. “I said do not get out. This guy is going to take off. I guarantee it.” A gut feeling that proved accurate.

McCain started thinking quickly as other witnesses from nearby businesses started trying to talk to van’s driver, asking him to drop his keys.

“I knew if he was going to take off, there’s other people who are going to get hurt,” McCain says. “Unfortunately before I could do that, he saw me coming, puts it in reverse, rips his front bumper off of his car, swerves out, almost hits me. I jumped against the side of my truck and he almost head-on collides with somebody else coming the other way on 7th.”

But McCain hadn’t stopped, either, taking down the pair’s license plate number with the help of the grandmother.

“It’s a miracle. Honestly,” McCain says. "The way that he took off, he was within two or three feet of head-on collision from someone else coming in oncoming traffic.”

But not before leaving a clue: that bumper, with the license plate on it.

McCain credits his calm action to those he works with at Big Sky Bravery. “We work with active special ops members,” McCain says. “The lessons that I’ve been taught and the training that they’ve given me the last four or five years definitely kind of keeps your head cool in a situation like that.”

Police found the van miles away at Cottonwood and Durston. Morreale's blood-alcohol content reportedly was .294 - more than three times the legal limit for driving. His friend was hospitalized with injuries to his face and hands.

No one else was hurt, a fact that McCain says is the biggest shock of all. “My nephew feels really, really good,” McCain says. “We got him examined. The lady in front of us who had kids, they are doing well but my truck is totaled now.”

McCain looks at his old truck, which he mentions he just paid off three months ago, as the blockade that prevented something worse from happening.

“I look at my truck as kinda the savior of the whole thing because if they would have hit them, he would have been going a little bit faster,” McCain says. “If my truck wasn’t there, he probably would have went all the way through the light and slammed through somebody’s house.”

If convicted of criminal endangerment, Morreale could face up to 10 years in prison.