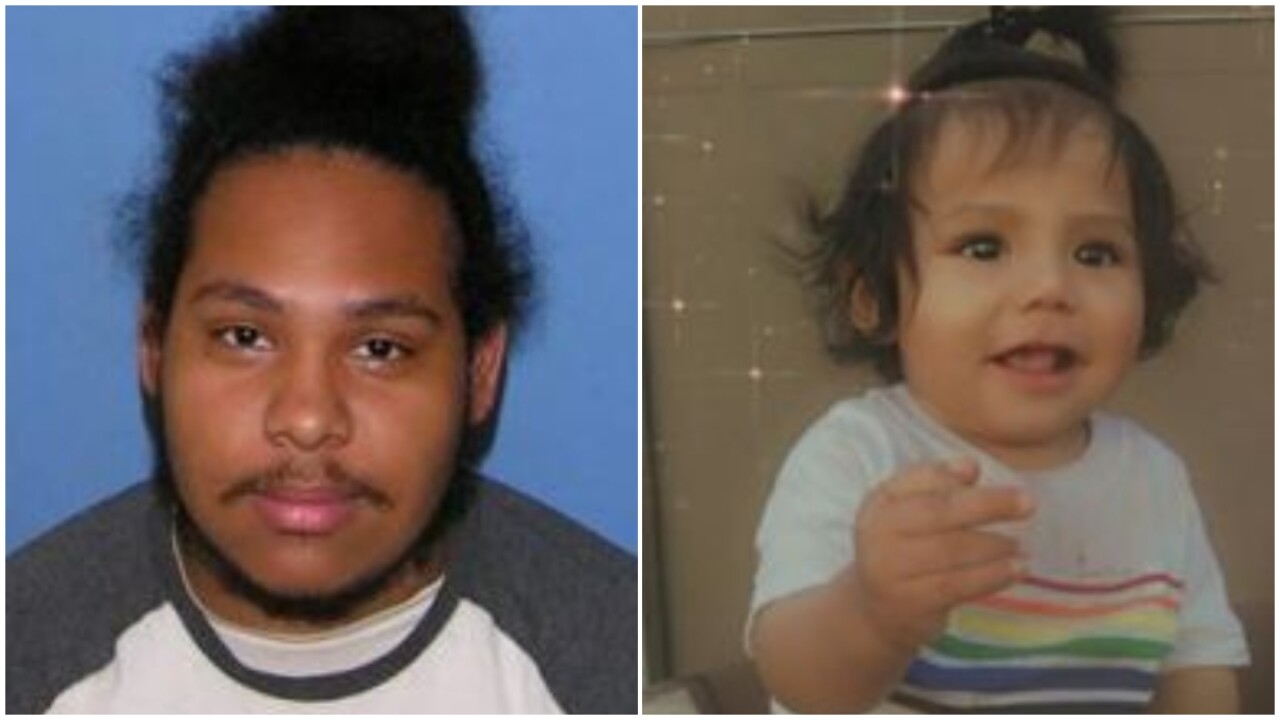 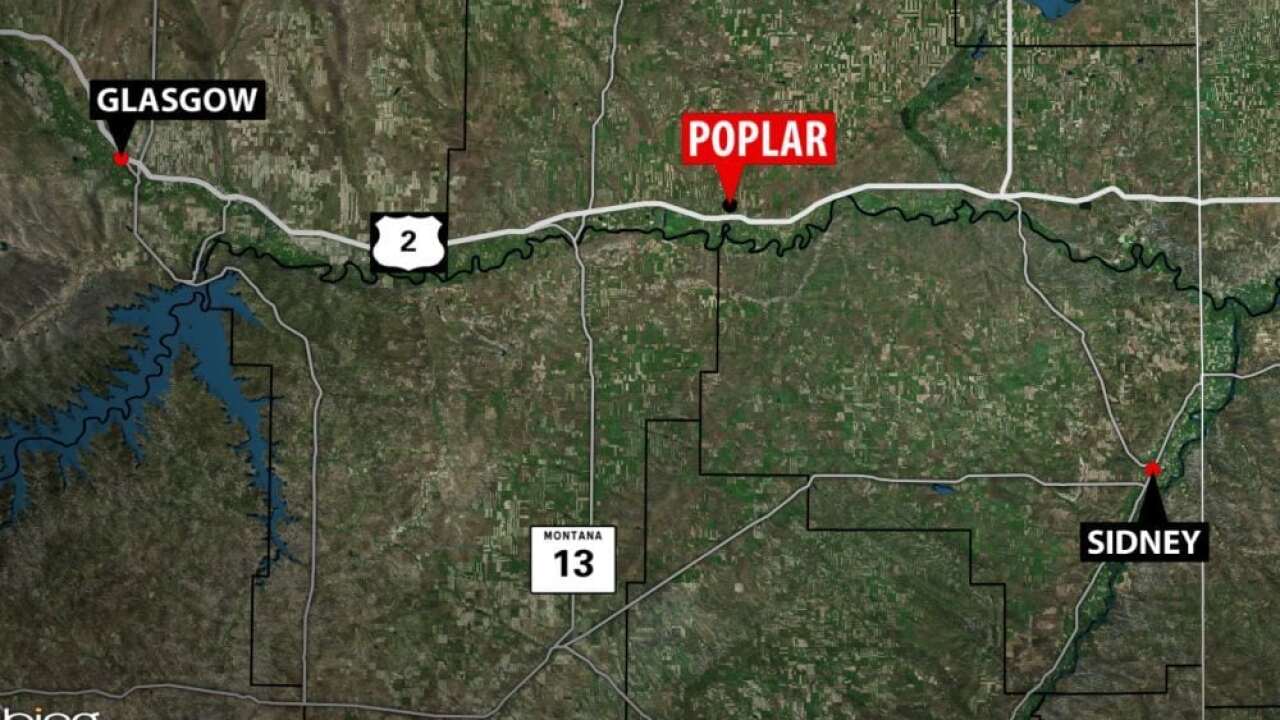 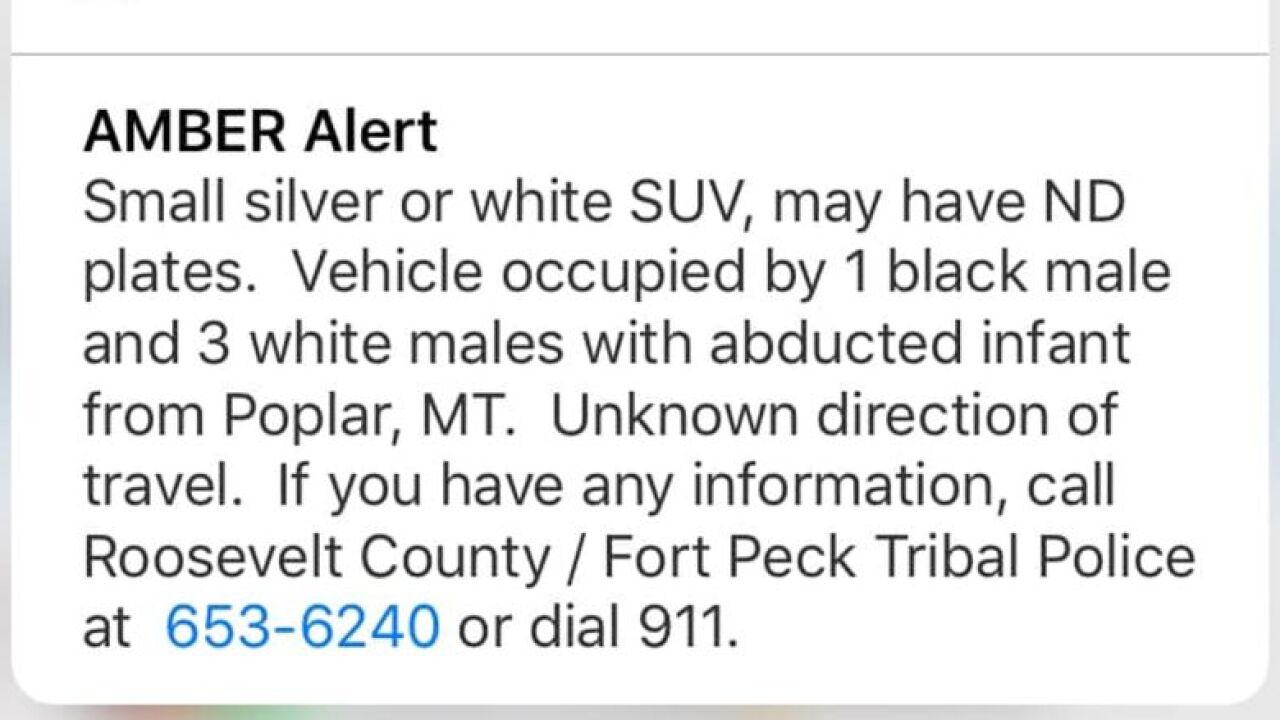 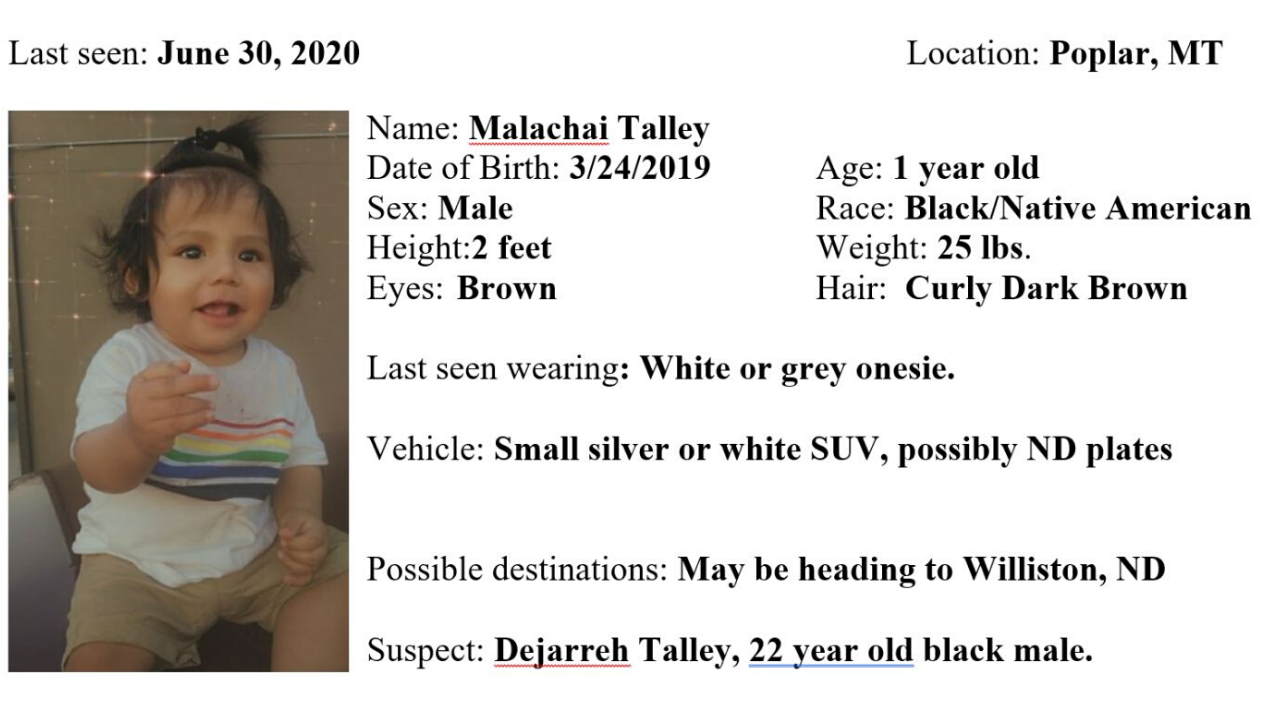 (UPDATE, 8:37 a.m.) The Montana Department of Justice said in an email at 8:33 a.m. that the abducted child is one-year old Malachai Talley. He is a black and Native American child, about two feet tall and 25 pounds. He has brown eyes and curly dark brown hair.

Malachai was last seen wearing a white or grey onesie. He was forcefully taken from his home in Poplar by Dejarreh Talley, a 22 year old black man. Dejarreh was traveling with three unknown white males. The alert states that Dejarreh kicked in the door to the residence and forcefully took the child.

After taking the child, the four men got into a small silver or white SUV. The four males may be intoxicated, and Dejarreh is armed with a baseball bat, according to the alert. We have not yet been able to confirm whether or not Dejarreh is the child's father.

(1st Report, 8:19 a.m.) The Montana Department of Justice has issued an AMBER Alert for an abducted infant in Poplar in northeastern Montana.

The alert states that the a silver or white SUV with three white males and one black male abducted the infant. According to the alert, the vehicle may have North Dakota license plates; there is no word on which direction the SUV was last seen heading.

Anyone with information is asked to call the Roosevelt County Sheriff's Office and/or Fort Peck Tribal Police at 406-653-6240, or call 911.

The alert was issued and sent to most wireless devices in the region at 8:07 a.m. on Tuesday, June 30. No other details have been released at this point; we will update you if we get more information.

Whenever a child is reported missing in Montana, law enforcement agencies work quickly to determine the circumstances, and whether or not to issue an AMBER Alert, or a Missing/Endangered Person Advisory (MEPA). The AMBER Alert program started in Texas in 1996 after 9-year old Amber Hagerman was abducted and murdered. In response to community concern, broadcasters in the area teamed up with law enforcement agencies to establish a program capable of quickly distributing information about child abductions to the general public.

In memory of Amber, the program was called the AMBER Plan – America’s Missing: Broadcast Emergency Response. In Montana, officials also have the option of issuing a Missing/Endangered Person Advisory.

Here is the difference between the two:

AMBER ALERT To initiate an AMBER Alert, call 9-1-1 and provide your local law enforcement agency with all the information you can about a suspected child abduction. To activate the program, all of the following criteria must be met:

The AMBER Alert system is not used to track runaways, missing children or children involved in custody disputes. The program is restricted to child abduction cases that could be life threatening.