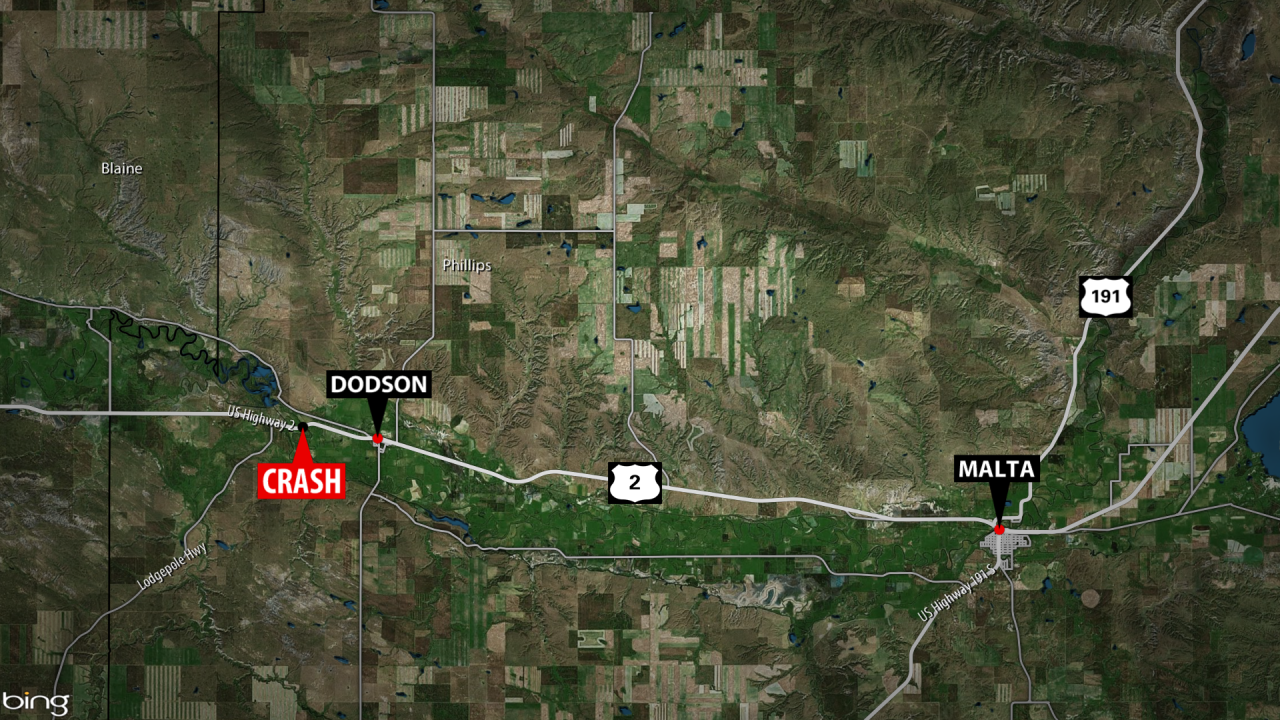 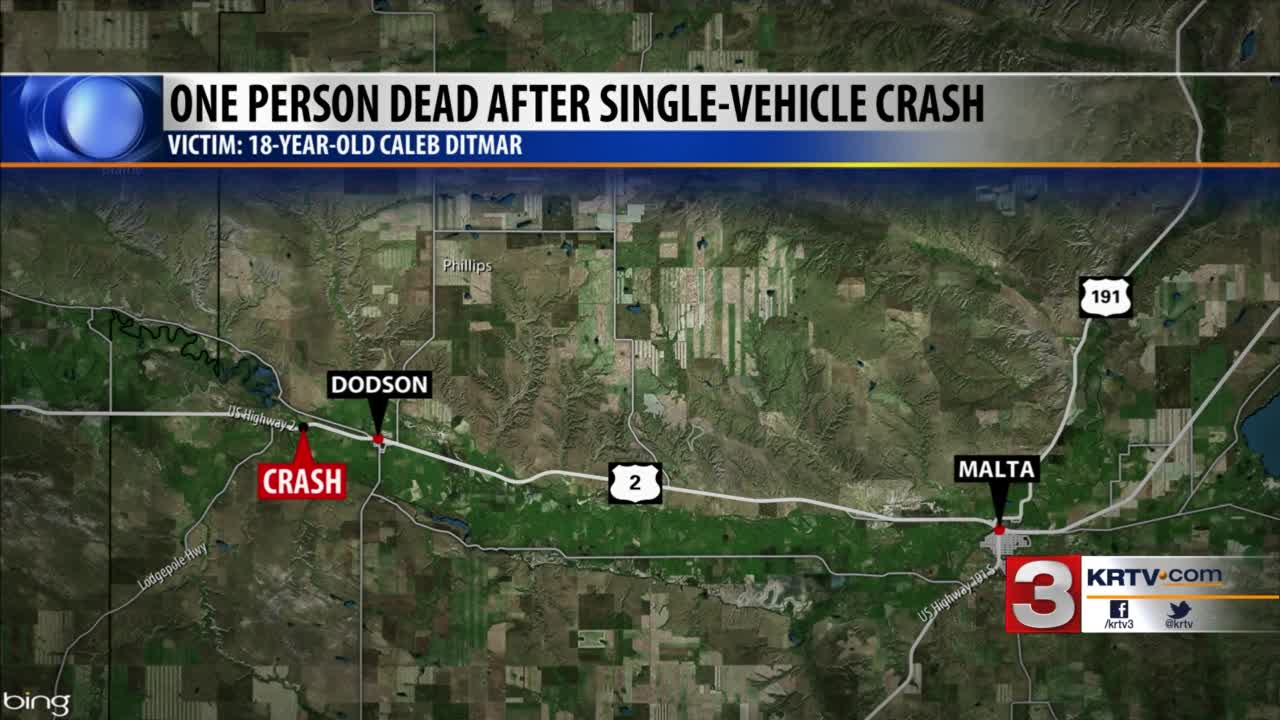 The 18-year-old man who died in a rollover crash on Highway 2 near Dodson has been identified.

The crash was reported Tuesday around 6:30 a.m. for mile marker 451 east of Dodson.

Ditmar was negotiating a lefthand turn when he possibly fell asleep and drifted to the right, according to the Montana Highway Patrol. He tried to correct, but rolled several times and was ejected. He was pronounced dead at the scene.

Speed and drowsy driving may be factors in the crash.