Brady took over as director in 2012 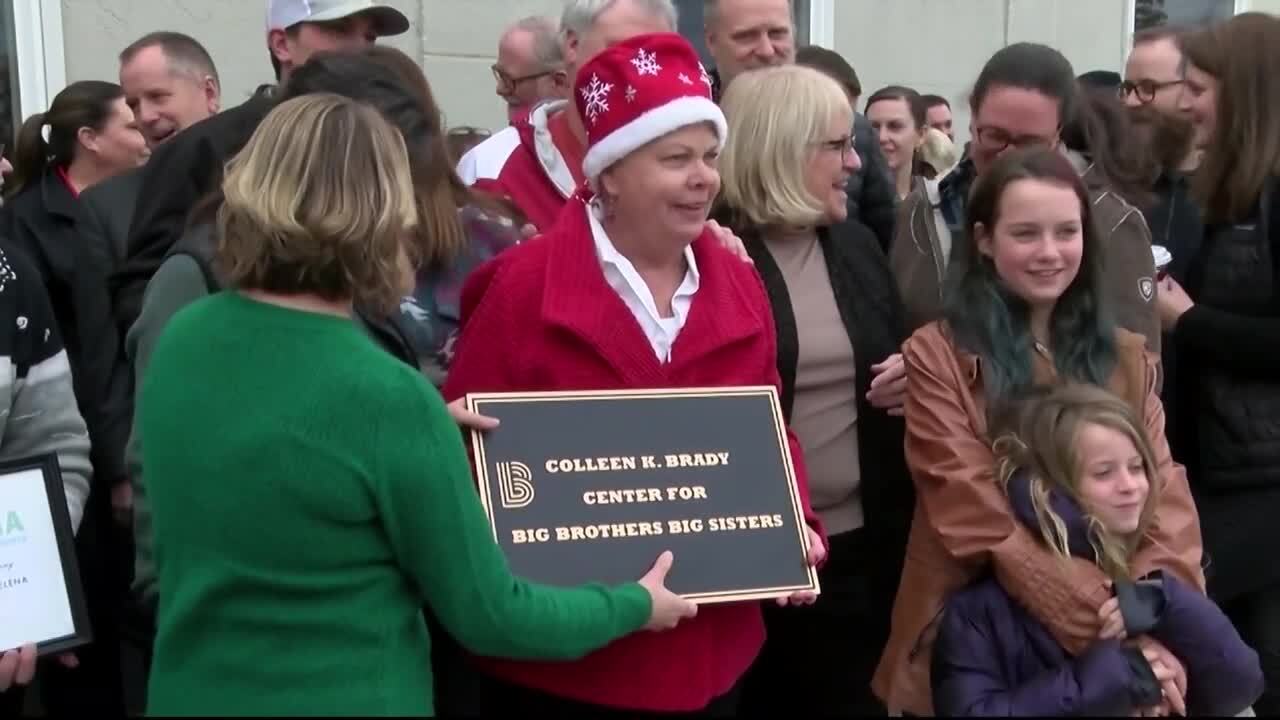 The new location, in the former Helena Industries building, was dedicated as the “Colleen K. Brady Center for Big Brothers Big Sisters.”

Brady took over as director in 2012 and has been a staunch advocate for the betterment of childrens' health and welfare in the community.

She said she’s honored to have the office named after her, and quipped the space is a “big” improvement over their old basement office.

“I just think it’s just a great surprise and great hoopla,” said Brady. “It’s great for my staff and it’s great for the kids. I don’t even know what to say about it, it’s just wonderful.”

Brady oversaw the organization through a difficult time. BBBS, like some other non-profits, saw a portion of their funding reduced due to state budget cuts in 2017, and management was forced to reduce staff and cut programs just to survive.

Thanks to Brady’s work, the organization persisted and has begun to grow again.

“Colleen is a force of nature,” said Peter Strauss, BBBS of Helena and Great Falls board chair. “She’s a fierce defender and proponent of our kids and she's fearless leader for our staff, for our program and our communities. This is a fitting tribute for what she does, who she is and all that she does for all of us.”

This is actually the second center to be named after Brady. The first Brady Center is on the Academy of Holy Names campus in Tampa. She led a $15 million building and endowment campaign to rebuild their campus while she served as their President and CEO.

Brady’s career has been dedicated to helping youth. She’s served in an array of positions including being an associate principal, admissions counselor and President of the Helena Kiwanis.

Earlier this year Brady was diagnosed with breast cancer and continues to fight the disease.

She hopes that BBBS can continue to grow and return to offering the services they were forced to cut.

Brady encourages people to consider being a Big Brother or Sister for a child in the community. If you'd like to be a "Big," or to learn more, click here to visit the website.