Candlelight vigil held to honor and remember Selena Not Afraid 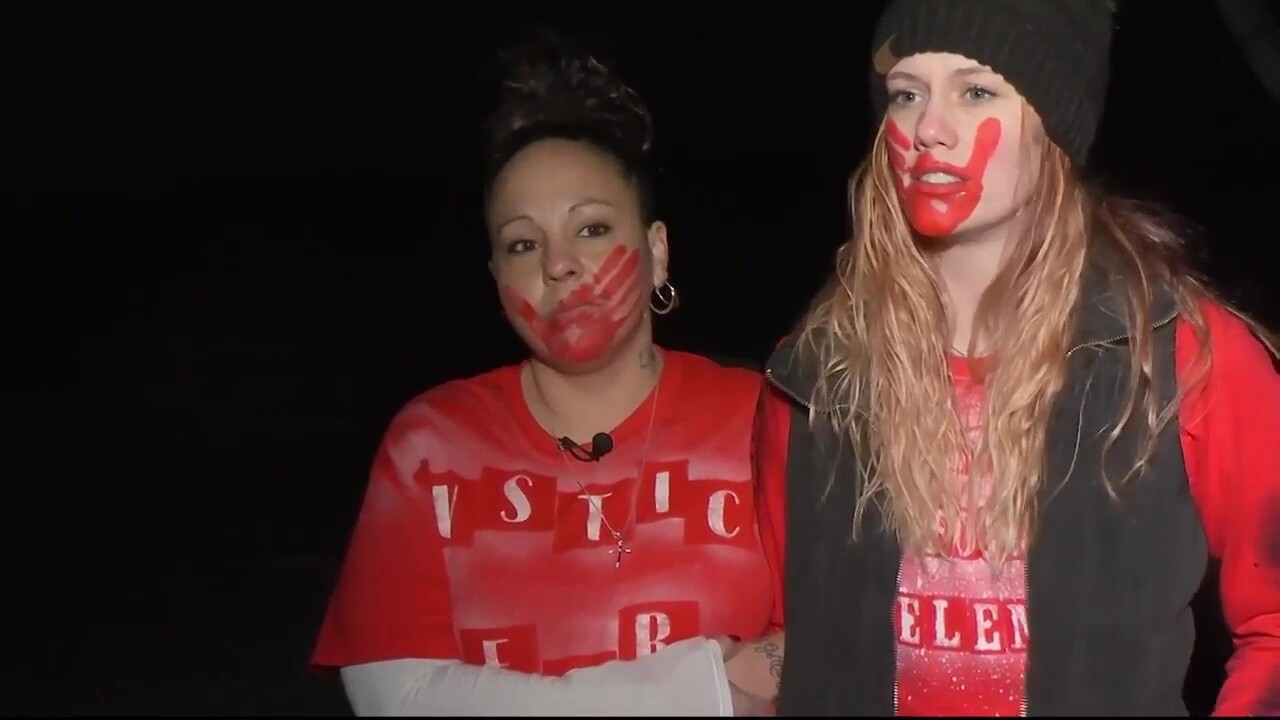 BILLINGS — Dozens of people gathered above the Billings city lights at Swords Park on Tuesday evening to light a candle in honor of Selena Not Afraid.

The body of the 16-year-old Hardin girl was found Monday about a mile and a half away from the I-90 rest area where she originally disappeared on January 1st.

“She deserved a chance to live. She didn’t deserve this. She had a mother, father, brother. She was somebody’s niece, granddaughter, best friend, friend. It’s just horrible," said Kimberly Kelch of Billings.

Kelch, along with her friend Taylor Rydberg, organized the vigil. Kelch's significant other was a family member of Not Afraid's.

"I may not have known her very well, but I know a lot of people who were close to her. I know that loss is hard and I can’t even imagine something like this,” Rydberg said.

Both of the women had red hands painted across their mouths. The red hand is a symbol for the Missing and Murdered Indigenous Women's movement, a grassroots effort to make sure missing native women aren't ignored.

"Look at this community come together in the loss of Selena Not Afraid. This is a very devastating tragedy. Us Native men, women, and children go unnoticed, forgotten, not even looked at, talked about, put down. We’re human just like everybody else. And we deserve a voice," Kelch said.

A few in the crowd said prayers acknowledging the power of community when it all stands together as one.

Other signs had messages written on them, demanding justice for her death.

Kelch and Taylor still have questions surrounding the investigation into Not Afraid's death.

“I mean, there’s no way that she went missing that close to where she was found. And she was found 20 days later when there were so many people looking for her, family friends day and night,” Rydberg said.

"They didn't give up," Kelch added. "And how she just appeared is just..."

Kelch expressed her thanks to all the volunteers, and people who donated to the Go Fund Me page.

“We could just use a lot of extra prayers for Jackie (Big Hair, Not Afraid's mother) and the family and extended family, the Not Afraids, everybody," Kelch said.

Click here for the latest information on the investigation into Not Afraid's death.