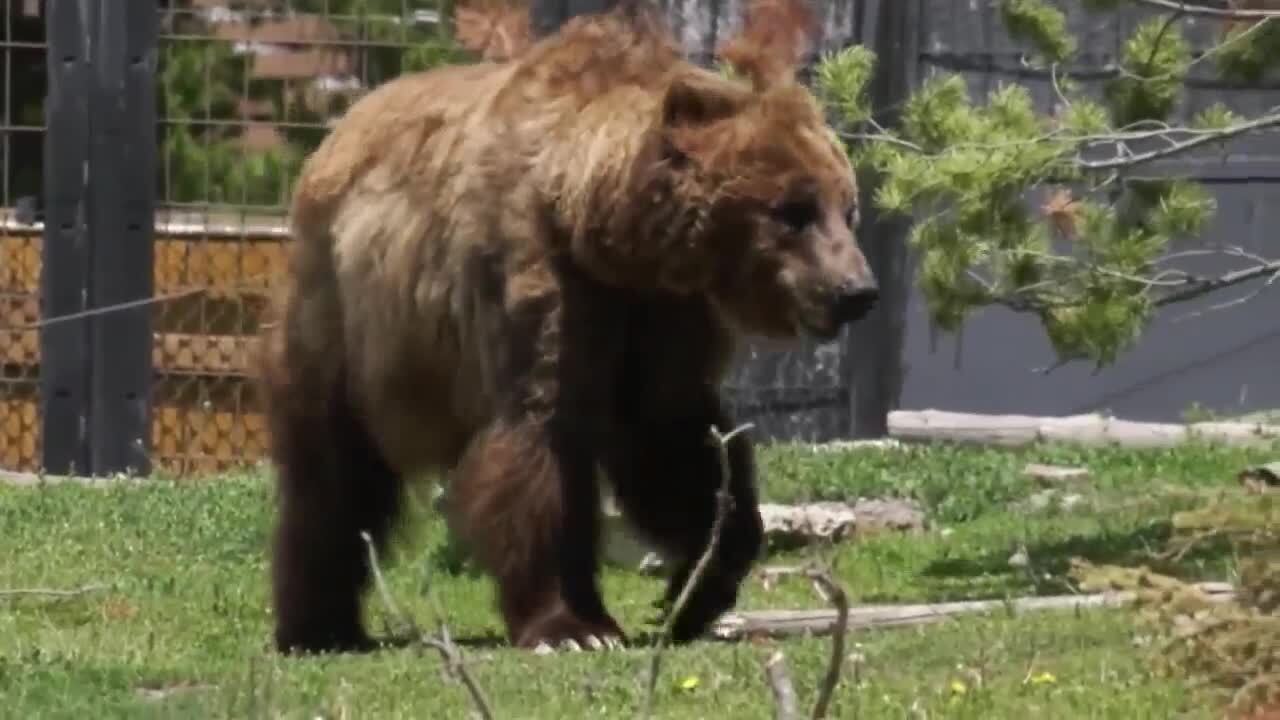 WEST YELLOWSTONE — Last week, a grizzly bear ripped its way through coolers, a tent, and other unsecured food storage in West Yellowstone.

That caused a campground to be temporarily closed Friday. But a stroke of luck has found a place for the bear to continue living without the threat of him getting too close to people: the Grizzly and Wolf Discovery Center in West Yellowstone.

Now there are eight bears at the center, including Nakina (pictured above by MTN’s Cody Boyer), a bear that ran into similar trouble in Alaska.

According to Montana FWP, the stars aligned to make this possible. “This is a rare option when it comes to dealing with problem bears,” says Morgan Jacobsen, information officer for Montana FWP, Region 3.

He was a bear with a knack for getting into places where he didn’t belong, from an unsecured garbage can at a home to Rainbow Point Campground. “Within that campground, alone, he was able to access food in an unsecured cooler as well as some food and some garbage in the back of a pickup truck,” Jacobsen says.

Jacobsen adds he didn’t stop there. “The bear also toppled a tent that was there that was unoccupied and then climbed on a vehicle that was occupied while people were sleeping,” Jacobsen says.

But with a nose like a grizzly, Jacobsen reminds us that the bear is not to blame. “All of these unsecured food and attractive sources were the root cause of the problem,” Jacobsen says.

The US Forest Service and FWP acted quickly, using traps to capture the bear on Friday, two days after the incident at the nearby home. That’s when the bear got lucky and found a rare space at the Grizzly and Wolf Discovery Center. “They happen to have space there,” Jacobsen says. “The stars kind of aligned to make that happen. It isn’t always an option. In fact, most of the time it is not an option and we have to euthanize the bear.”

But now the bear gets to help, alongside Nakina and the other seven bears at the center.

The bear with a particular set of skills will now get a chance to put his skills to use. The center will safely test food storage containers using the bears in the spring. The Rainbow Point bear will get a chance to do the same.

FWP also reminds that food storage orders are firmly in place, per Forest Service regulations, between March 1 and December 1.

As for the bear, he will slowly start to be introduced to the others in the coming weeks.