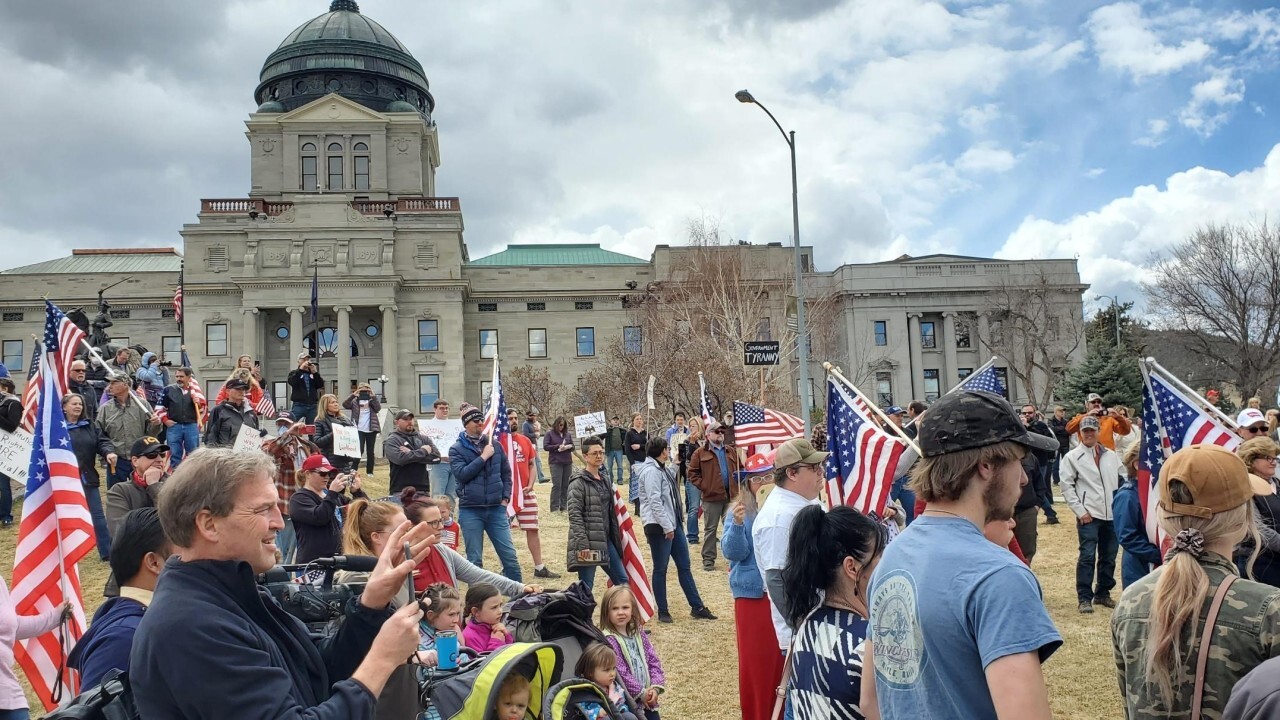 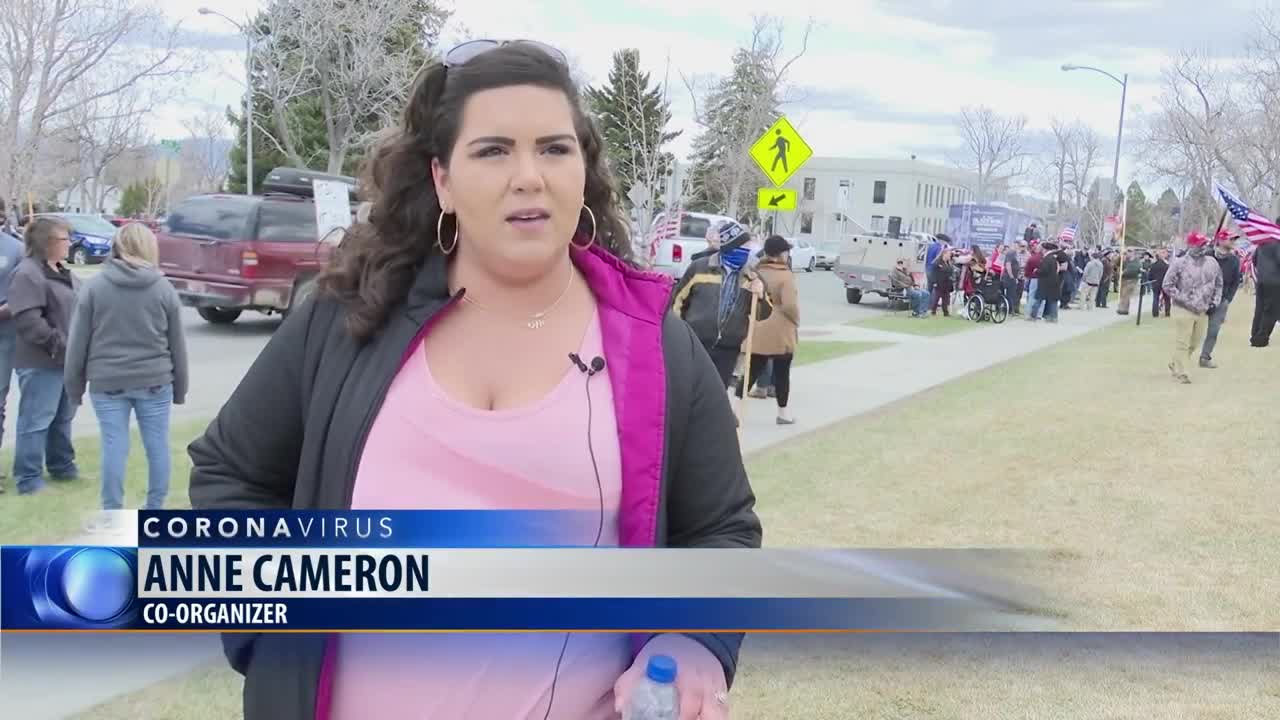 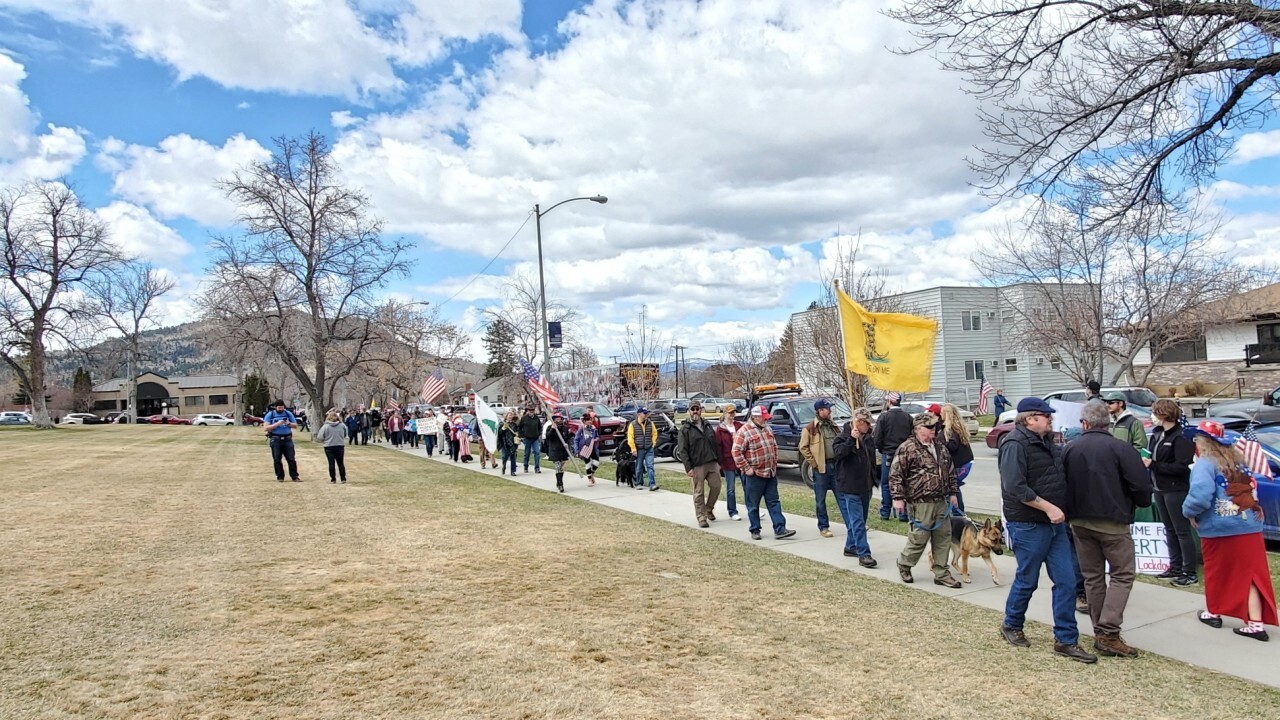 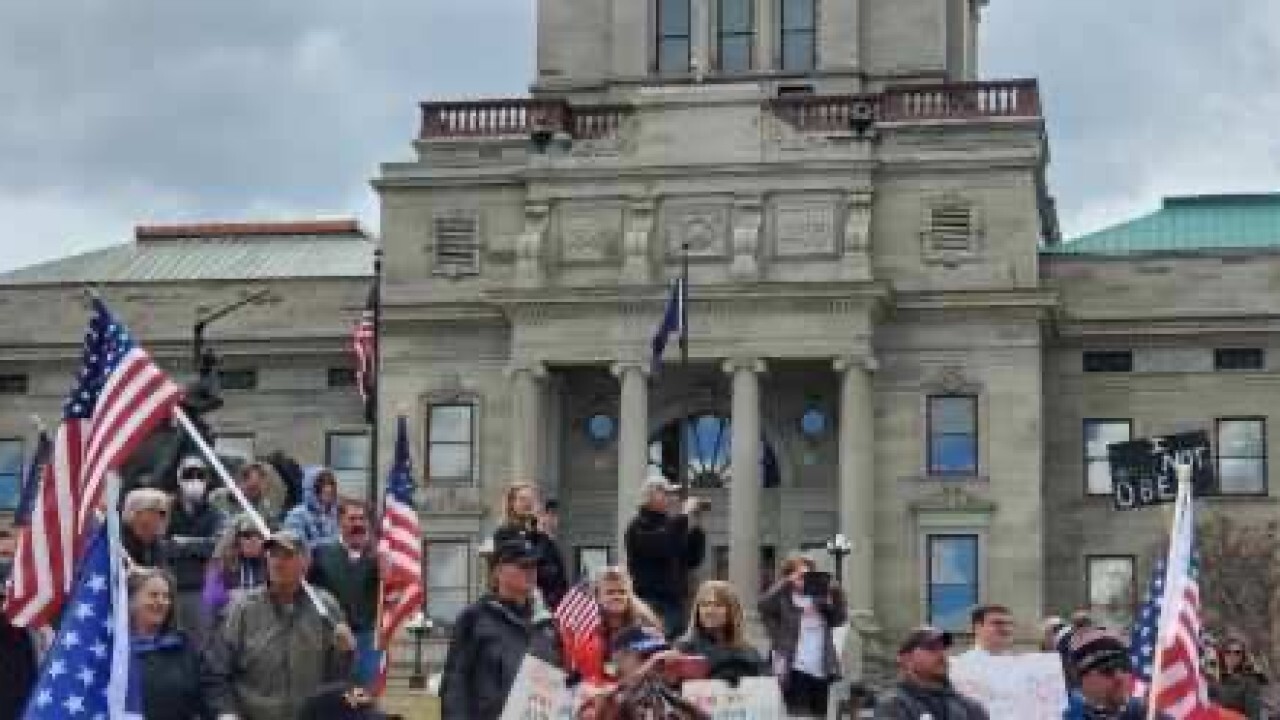 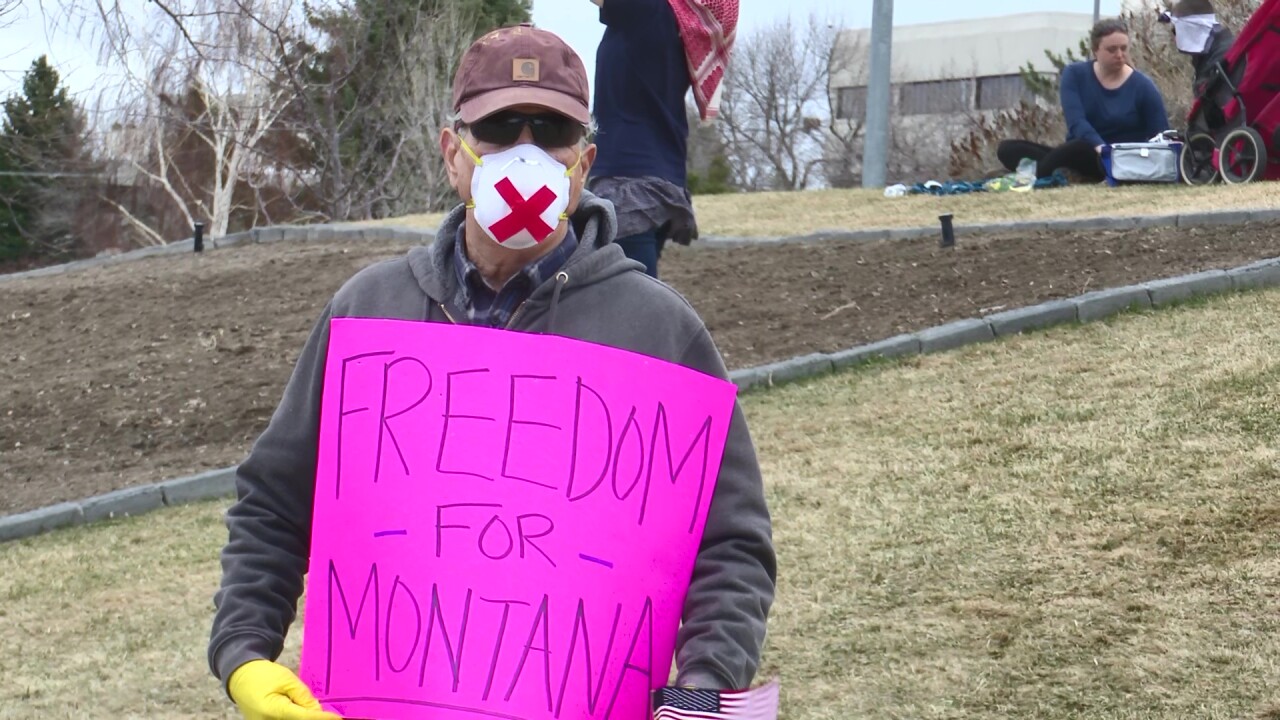 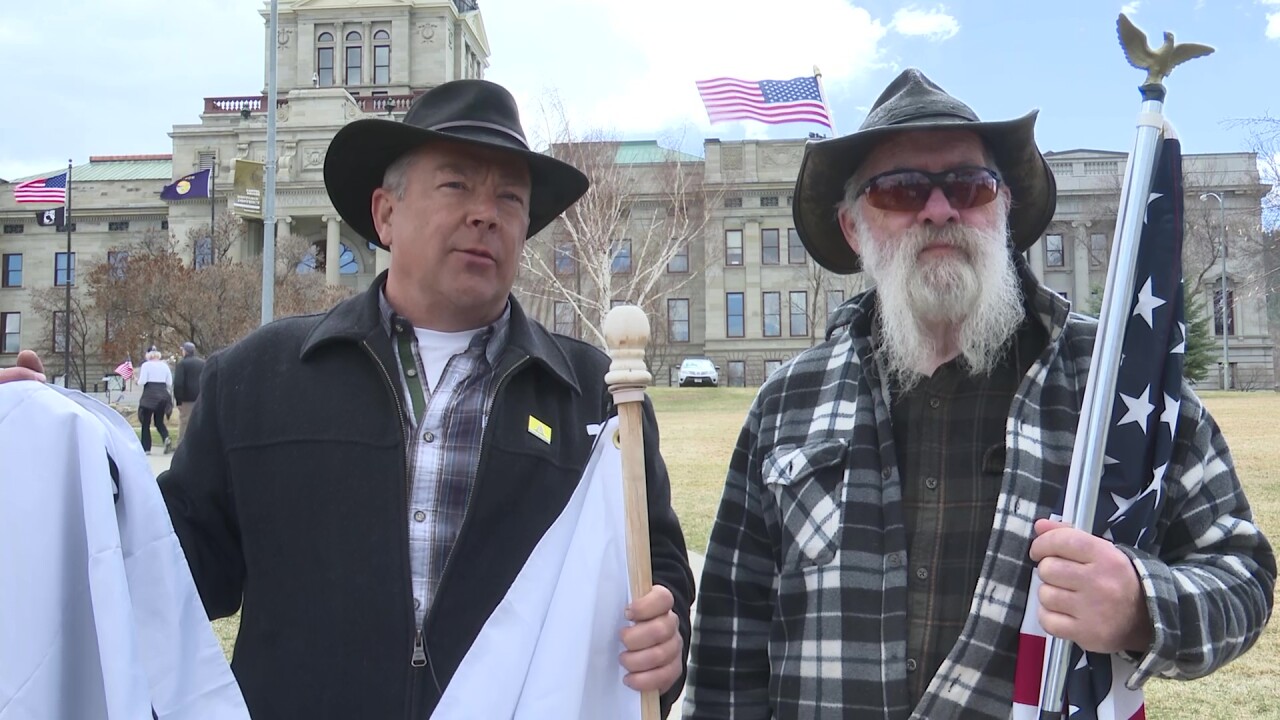 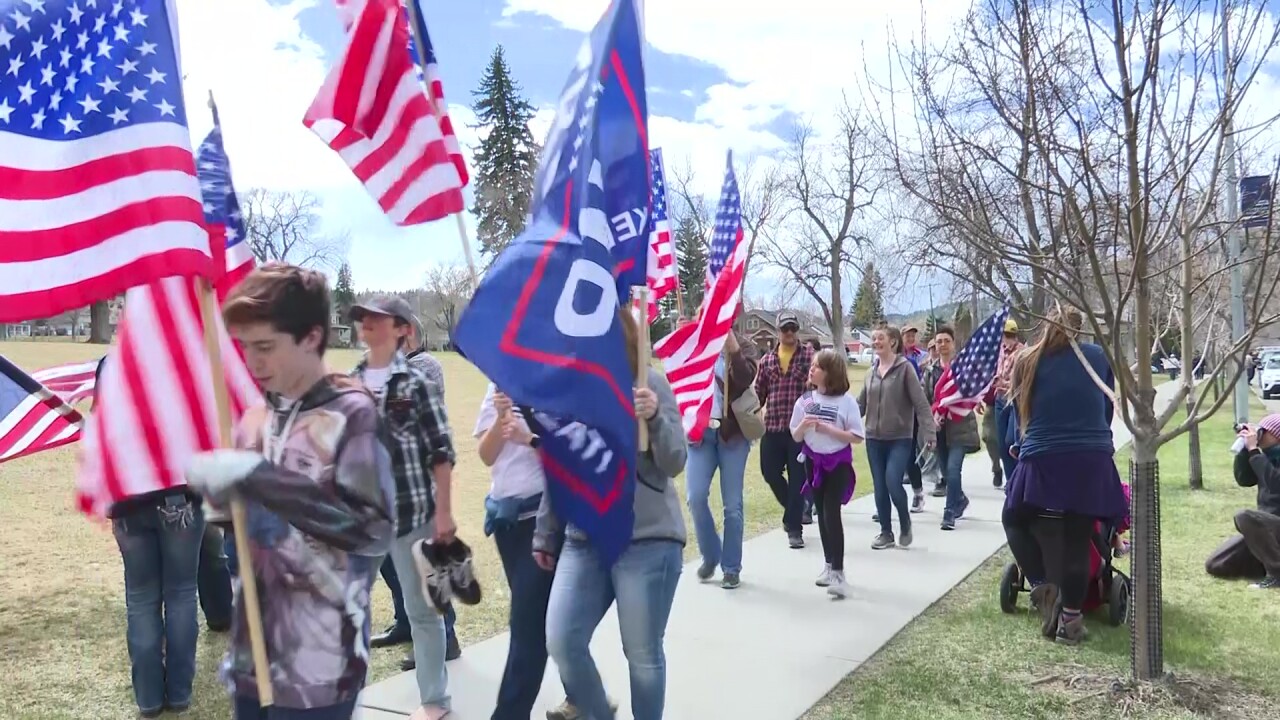 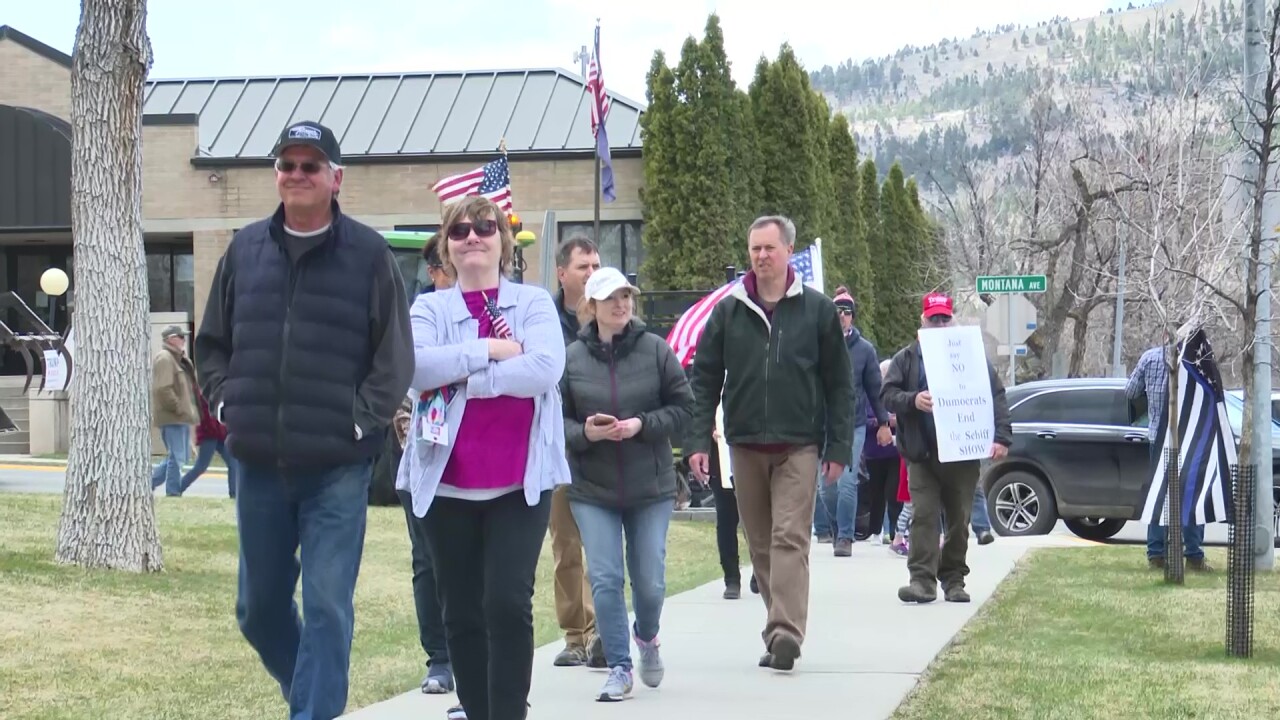 HELENA — Hundreds of Montanans rallied in support of reopening the state on Sunday in Helena.

The group gathered on the north side of the Capitol building in Helena for what they called the Montana Liberty Rally. Many participants held American flags and signs voicing concerns over their Constitutional rights. Organizers estimate about 600 people showed up at the rally.

The group is demonstrating against Governor Steve Bullock's order closing schools, businesses, and churches in an effort to slow the spread of COVID-19. Montana has been under a statewide stay-at-home order since Saturday, March 28.

"We want to keep it peaceful," said Anne Cameron, co-organizer of the rally, told MTN News on Friday. "And I understand that some people are angry. But if you act out of anger, you're going to send the wrong message. It's frustrating to a lot of us seeing our Constitution metaphorically stomped on. I mean, we're Americans, we have rights. Suggestions, guidance, recommendations, that's one thing. But order. As far as as these small businesses, every business is essential. Every business is essential to somebody."

You can learn more about the demonstration on the Montana Liberty Rally Facebook page.

This weekend President Donald Trump said Montana would lift restrictions on Friday, April 24. The President's announcement comes following Governor Bullock saying on Friday that he was working on a phased reopening of the state.

Bullock is still finalizing the plan, and in a statement to MTN, said, ""This plan is being drafted based on science and data ... and will consider the specific needs of Montanans. The governor recognizes that this crisis is not over and moving too quickly could jeopardize the progress Montana has made. Governor Bullock will announce next week what a gradual re-opening after April 24 will look like."

As of Sunday morning the state had 433 confirmed cases of COVID-19, 18 active hospitalizations, and 10 deaths. So far, 243 people have recovered from the virus in Montana.