Painting by Billings artist selected by Pendleton for blanket design 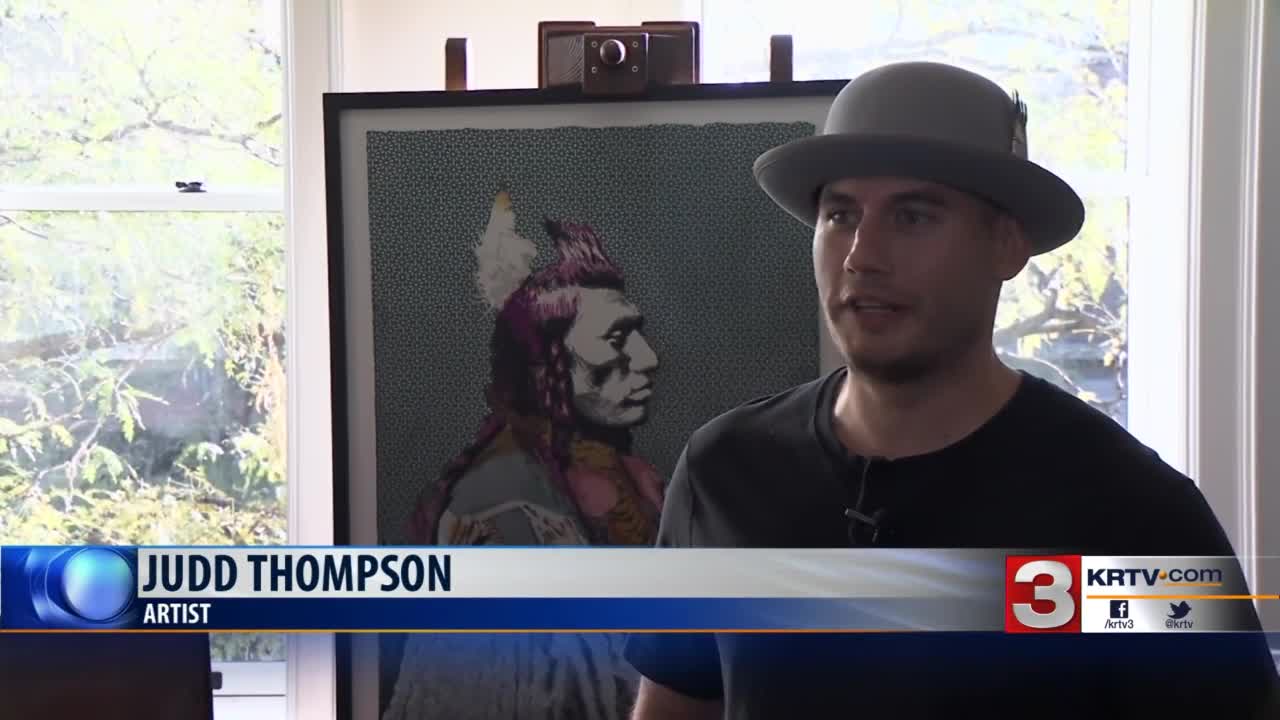 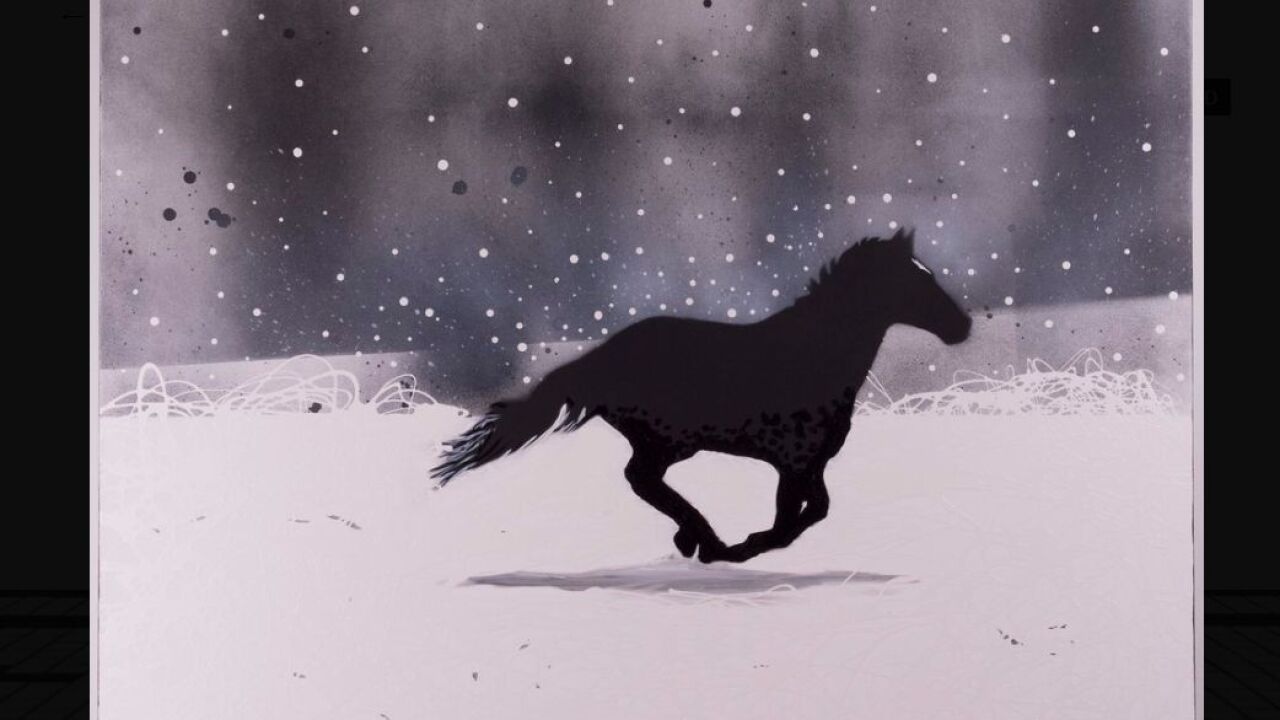 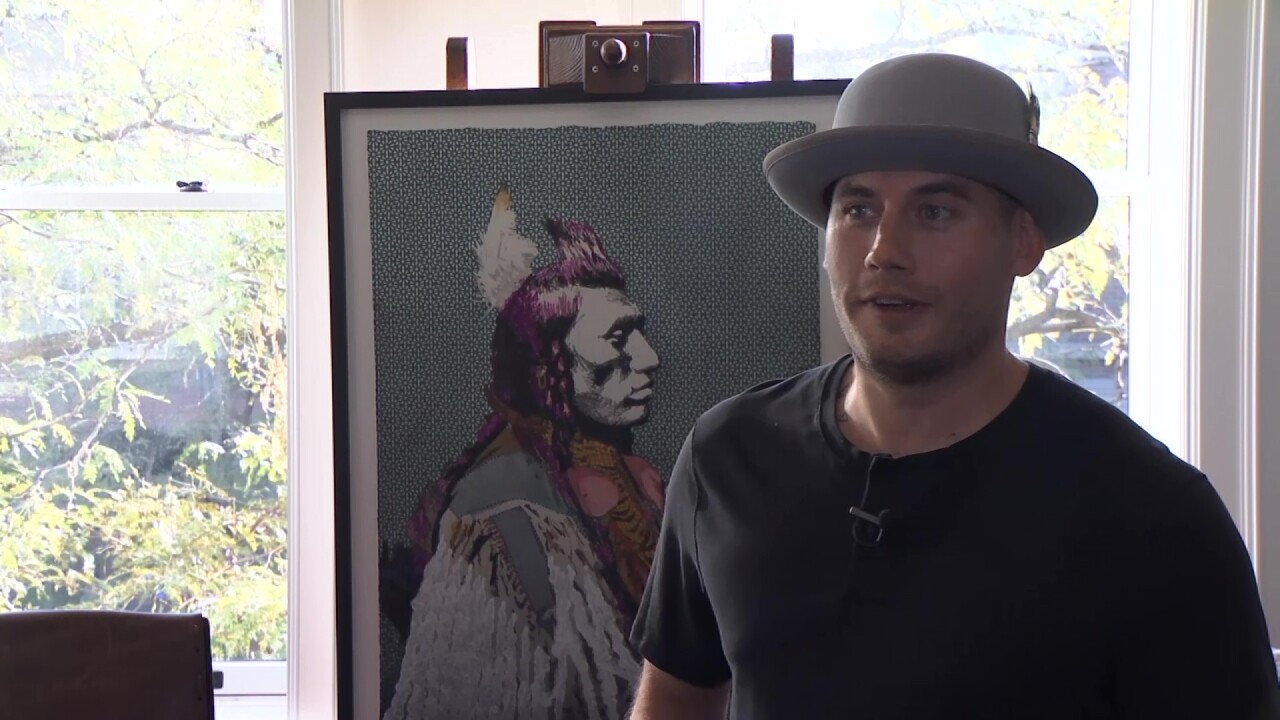 BILLINGS — A style all his own. Billings artist Judd Thompson, 36, adds a pop of color and his own flair to Native American art.

“I take account the Crow beadwork, how vibrant and bright it is, and that freedom, I guess, that you see in beadwork, is also kind of in my art,” Thompson said.

That’s why he was asked by Pendleton Woolen Mills to create a design for one of their world famous wool blankets.

The blankets are often given as a gift at a time of celebration or mourning, especially among Native American tribes.

“I went to the Denver Market and we were sitting there, at the Pendleton table, and one of the reps was just small talking with me, and said, ‘What are you doing now?’ And I said ‘I’m doing art in Billings, Montana at a gallery there.’ So I turned my laptop, showed him what I was doing, and he was intrigued enough to say ‘You should submit to Pendleton Blanket.’”

After a year of gathering images of his work and preparing for the presentation, Thompson submitted 13 designs.

The design Pendleton picked is titled “A Horse Named Paint.”

"I wanted to do this really monotone black and white version of the horse. And I did the silhouette of the horse running through this snow covered field, and it's real kind of dream-like,” Thompson said.

But the dream almost came crashing down when Thompson realized he had donated the painting to a local organization, and didn’t have the high definition photo Pendleton needed to create the blanket.

With some luck, he tracked down the painting. “It was cool that I kind of, you know, gave something away, and in a way, it really came back,” Thompson said.

His interest in art goes back to childhood. He grew up around Pendleton blankets sold at his parent’s business, The Custer Battlefield Trading Post Cafe in Crow Agency.

“Because of the store, I constantly had artwork around me and artists coming into the Trading Post, selling art out of the back of their truck, and I thought that was cool.”

Art has been his ticket around the world, but Thompson said there’s only one place he’ll call home. “You come back to Billings and you feel so lucky to have this place that’s the biggest city in Montana, but still very small town. And with that, I never felt like I needed to go anywhere else, so this is home,” Thompson said.

The Pendleton blanket featuring Thompson's artwork will make its national premiere in late September. Starting then, you can buy it online.

The company made an exception for Thompson and his family during Crow Fair, and exclusively released a limited number of blankets to the Custer Battlefield Trading Post Cafe, where they are currently being sold.

The Stapleton Gallery in downtown Billings, 104 N. Broadway #204, will also have the blankets for sale after the premiere. Click here to see more of Thompson's art at the Stapleton website .