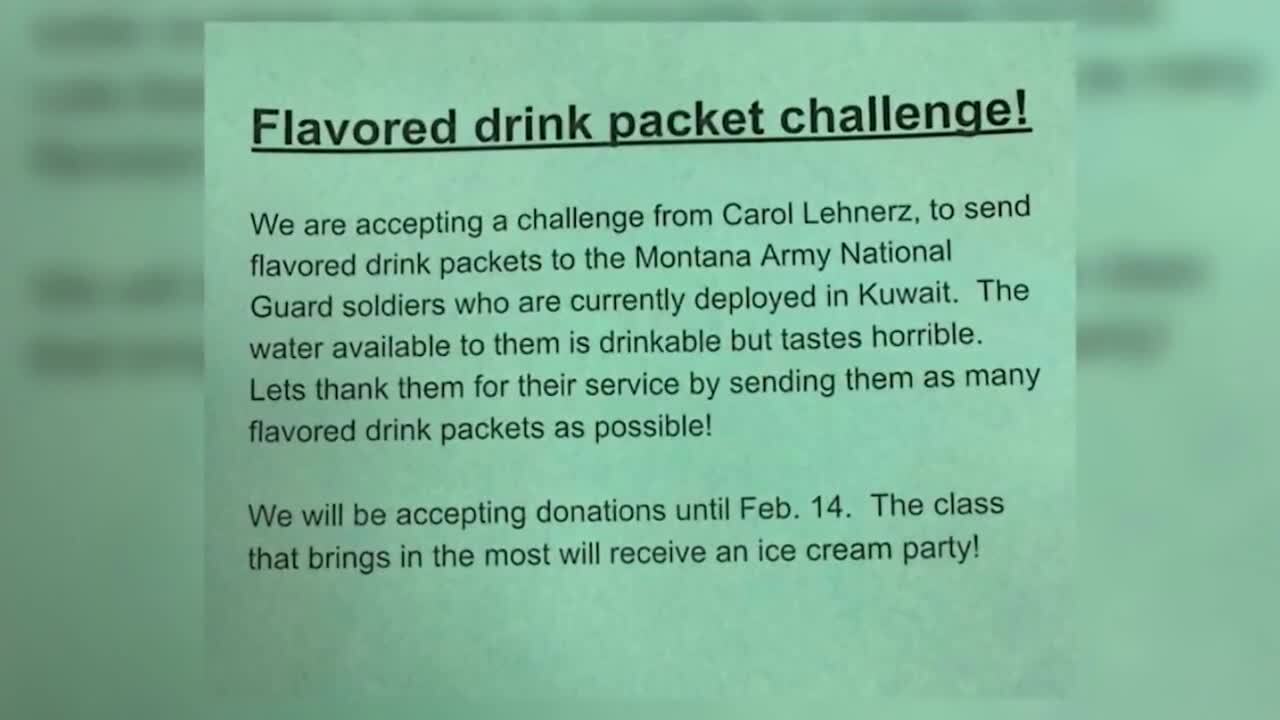 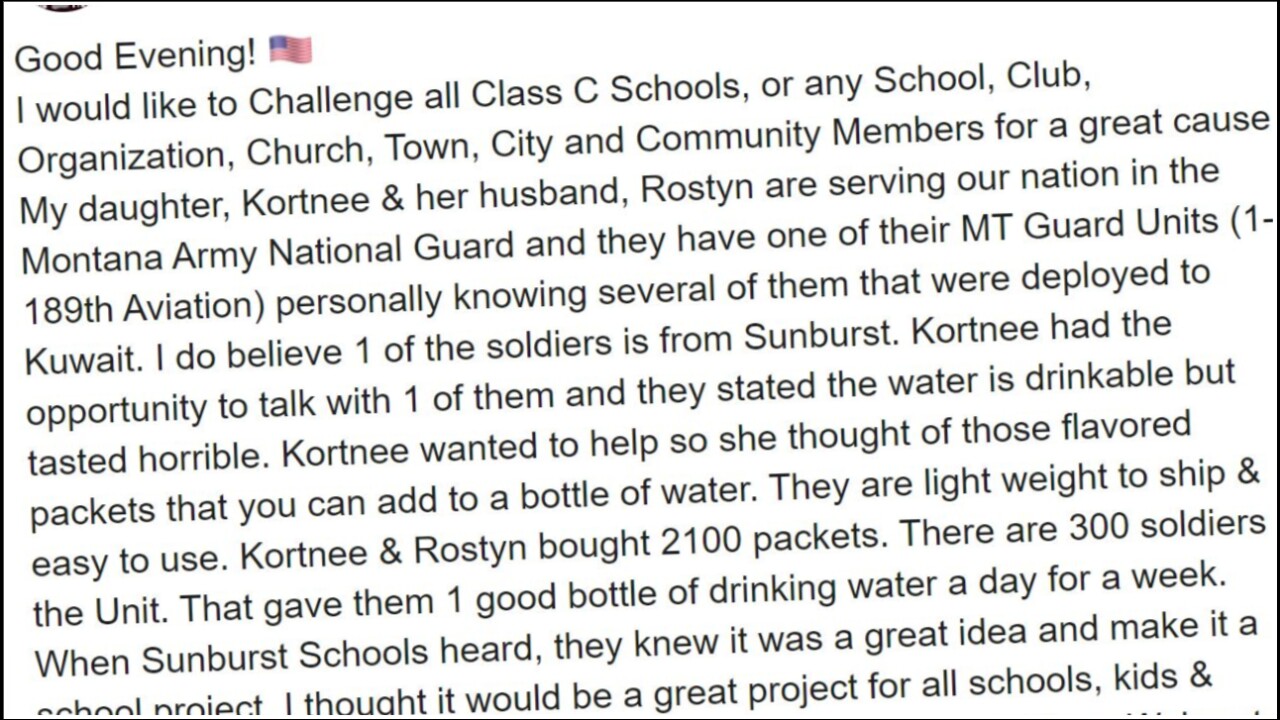 After a recent deployment of Montana Army National Guard members to Kuwait, Power resident Carol Lehnerz issued a challenge on social media to the community.

The challenge was issued to any school, club, or organization that wanted to contribute and to raise money and collect flavored drink packets.

In her post she said it is because while the water soldiers get is safe to drink, it doesn't taste so good.

So Carol and her family thought this would be a great way to show the soldiers there are people in Montana who care.

From her challenge the message spread to teachers and students, and to Lady Pirates basketball coach Willie Widhalm, who decided to have it be a team effort to raise money and be a part of the challenge.

Lehnerz also tells us that the Power American Legion has offered to pay for the shipping costs.

The Power Fine Arts Club has donated more than 1,100 drink packets, and the Sunburst high school and elementary school have challenged each other to see who can raise the most for the drink packets.

If you wish to be a part of the campaign you can donate drink packets or monetary donations to any Power school until Friday, February 14th.