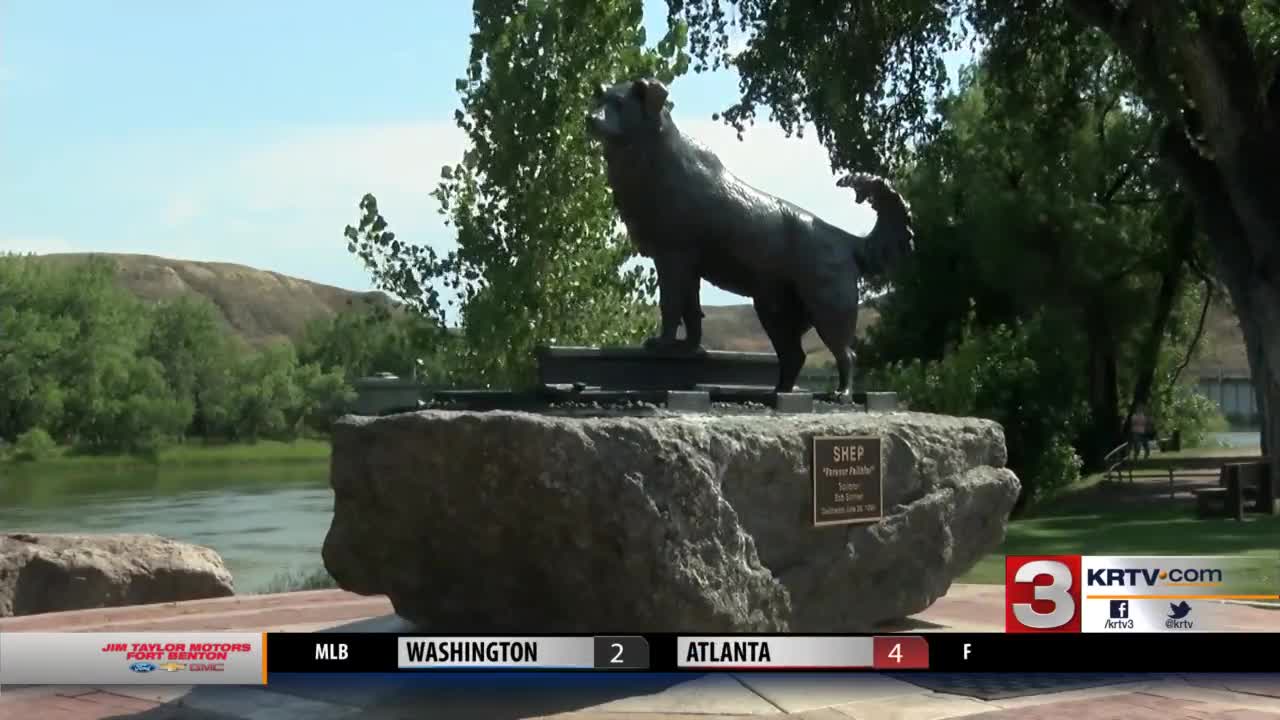 On the banks of the Missouri River in Fort Benton lies a shrine to a sheep dog named Shep. 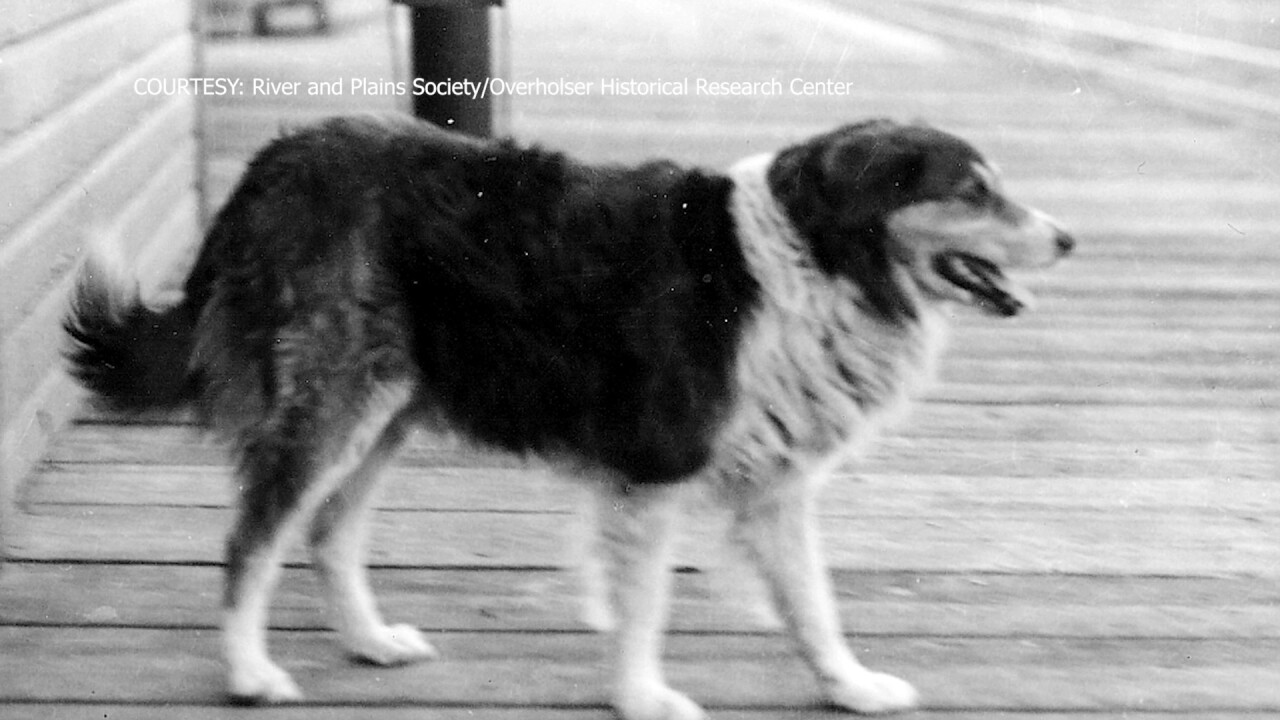 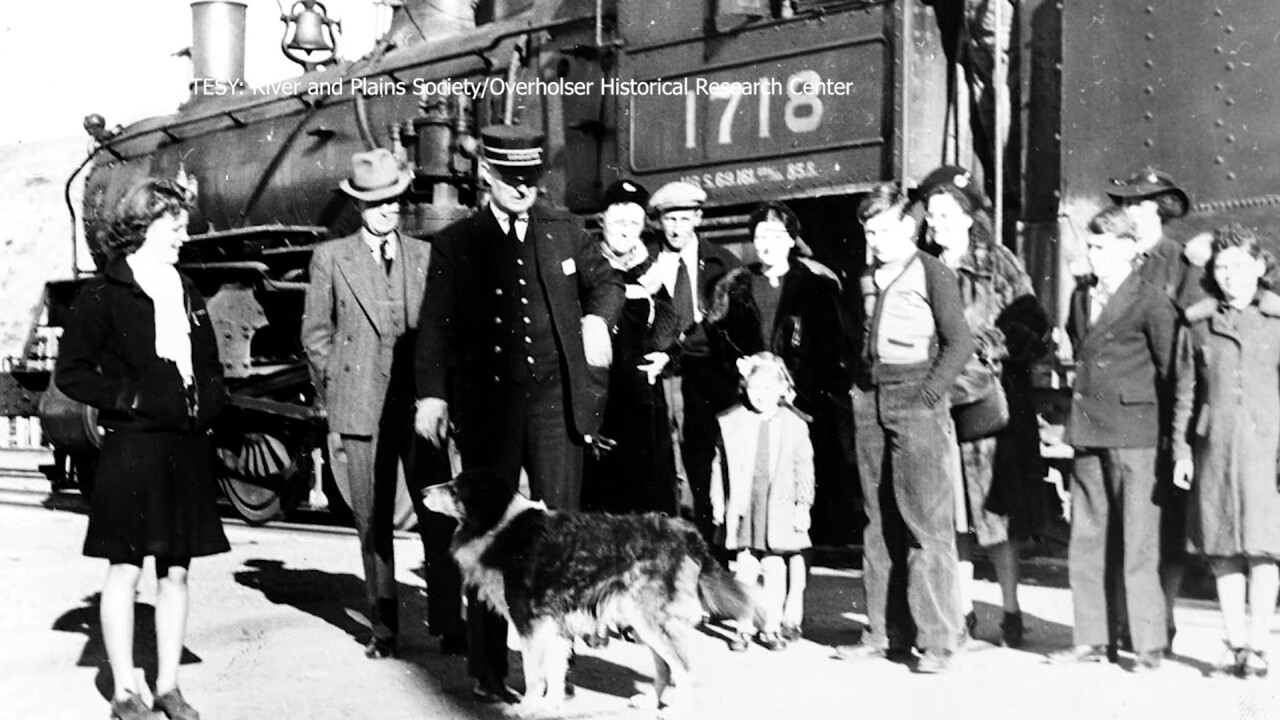 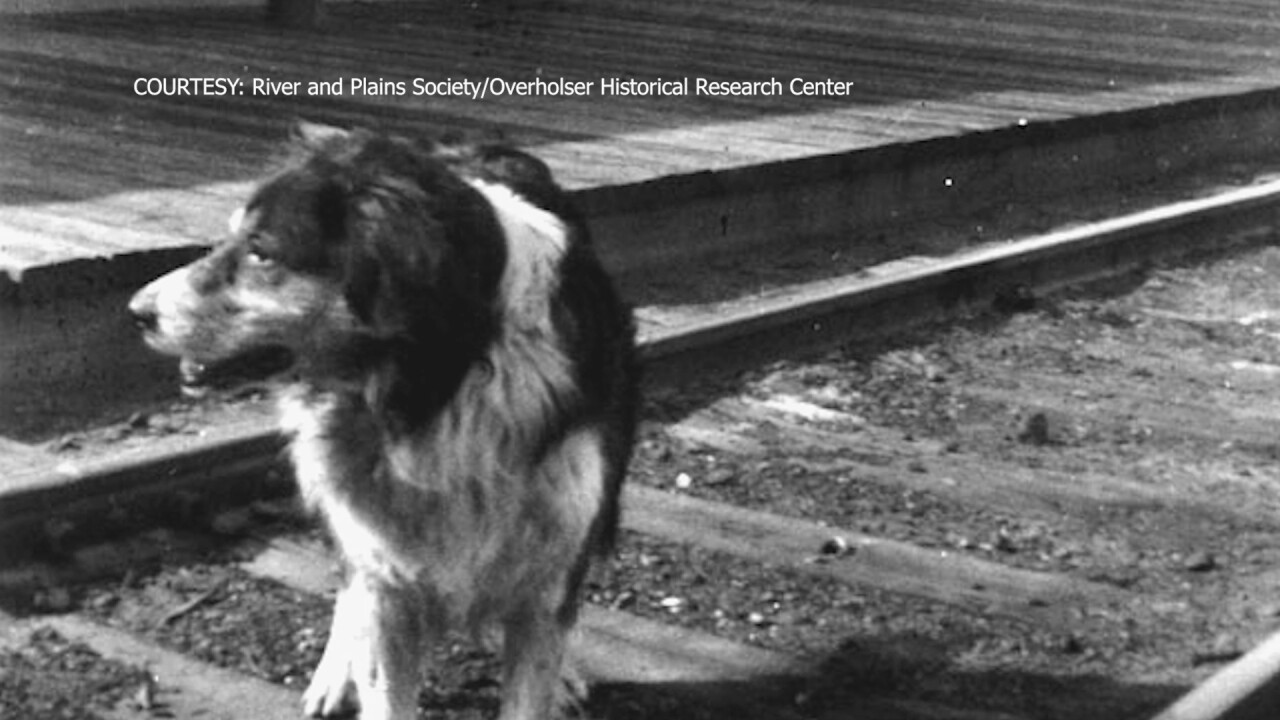 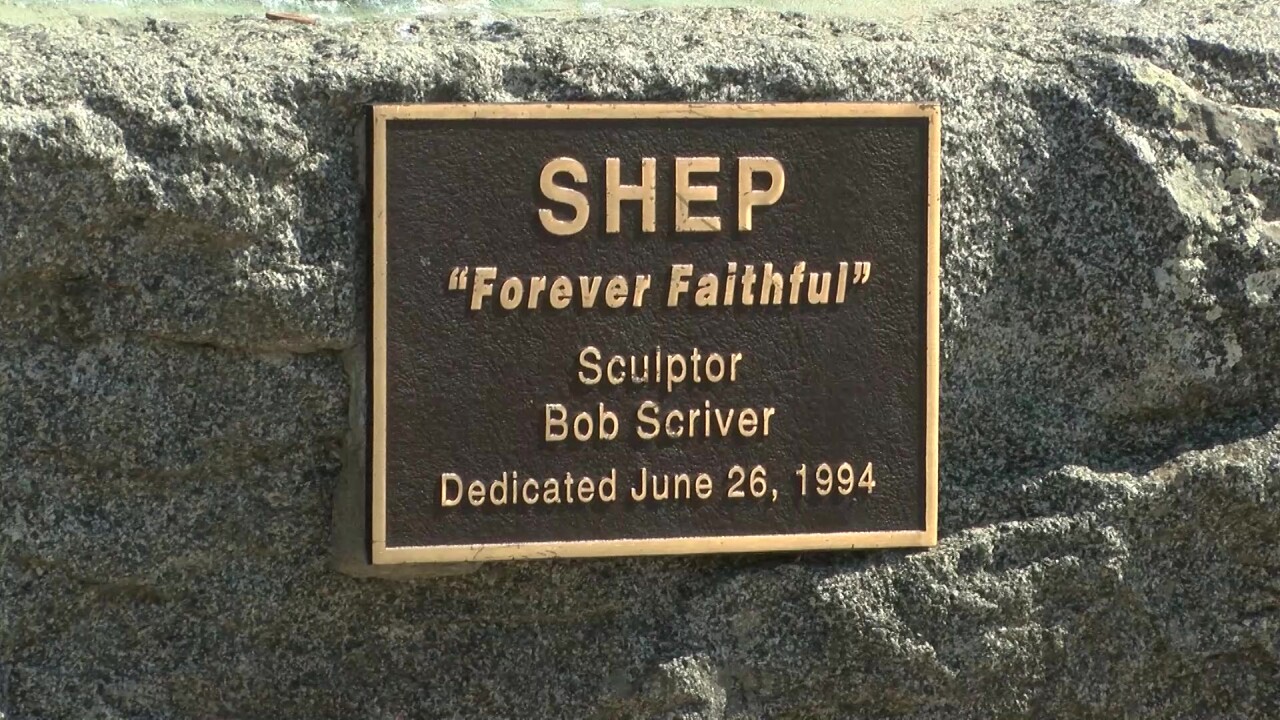 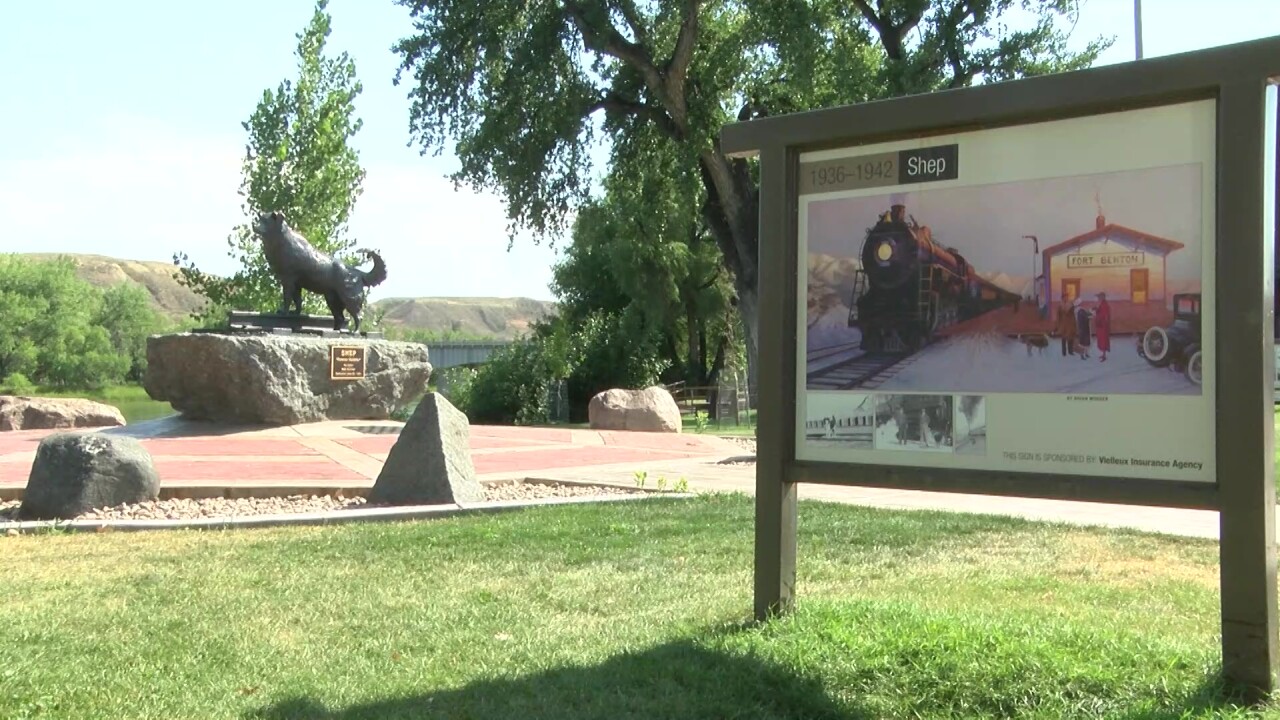 FORT BENTON — On the banks of the Missouri River in Fort Benton lies a shrine to a sheep dog named Shep. At the base of the statue is a plaque that reads “Forever Faithful.”

The border collie mix found his way into town in 1936, following his ill master to the St. Clare Hospital.

“Unfortunately a couple of days later that sheepherder died and the dog followed the coffin as they took it up on the hill and loaded it on the Great Northern railway and shipped it back east to the family,” said Randy Morger with the Fort Benton Visitor’s Center.

Attendees that day recalled the dog whining as the door shut and the engine pulled away from the station. The next day Shep, as he would eventually be called, returned looking for his master and inspected every passenger that got off of that day’s trains.

For the next five and a half years he gained popularity and national attention for meeting every passenger train that came into Fort Benton.

“He had been featured in Ripley's Believe It or Not! and actually had a secretary from the Great Northern Railway specially assigned to answer Shep’s fan mail,” said Morger.

People came from all over to see Shep, with some even expressing an interest in adopting him. However, Shep would usually retreat from the new arrivals after inspecting them.

There was only one person Shep was looking for.

“Over the course of those five and a half years that means that vagrant dog met about 8,000 trains, sniffed the passengers as they got off the trains, checked each out to see if his master had come back,” said Morger. “You have to wonder, what was that dog thinking when the train chugged out of the train station again and the conductor called all aboard. The thing he must of thought was ‘well, maybe the next one.’”

Shep was not a young dog when he first arrived in town and after five years he had become hard of hearing and was no longer agile. On January 12, 1942, he slipped on the tracks and was hit by a train.

Two days later, a funeral was held for the old sheepdog, with hundreds of people attending. They canceled school that day so the children attend, and the Fort Benton Boy Scout Troop #47 served as pallbearers.

He was buried on a bluff overlooking the train depot. Great Northern employees erected a profile monument of Shep and placed a concrete marker in his honor.

“People still come more than 75 years later to see Shep’s gravesite today,” said Morger. “In fact we just had a gentleman from Vancouver, Washington, with his little dog. He said he brought the dog to see Shep’s statue.”

In 1994 a statue of the faithful canine created by Browning artist Bob Scriver was erected in Fort Benton.

Morger believes one of the reasons people still make the journey to see Shep is that we can all see a bit of our own pets in his story.

“It’s a great story about dogs’ faithfulness to man. Not a huge story but it gives us a lot of joy here in Fort Benton where we were able to be in this dog’s company at least for a little while,” said Morger.

Shep is just one part of Fort Benton’s history the town has worked hard to preserve. Nicknamed “The Birthplace of Montana,” Fort Benton is the oldest settlement in the state, having been established in 1846.

Shep’s Memorial is located in the heart of the town’s Historic District, which includes the Grand Union Hotel and Old Fort Benton.

More information about Fort Benton, and the story of Shep, can be found on the town's website. Photographs and additional research for this story were provided by Fort Benton's Museums.