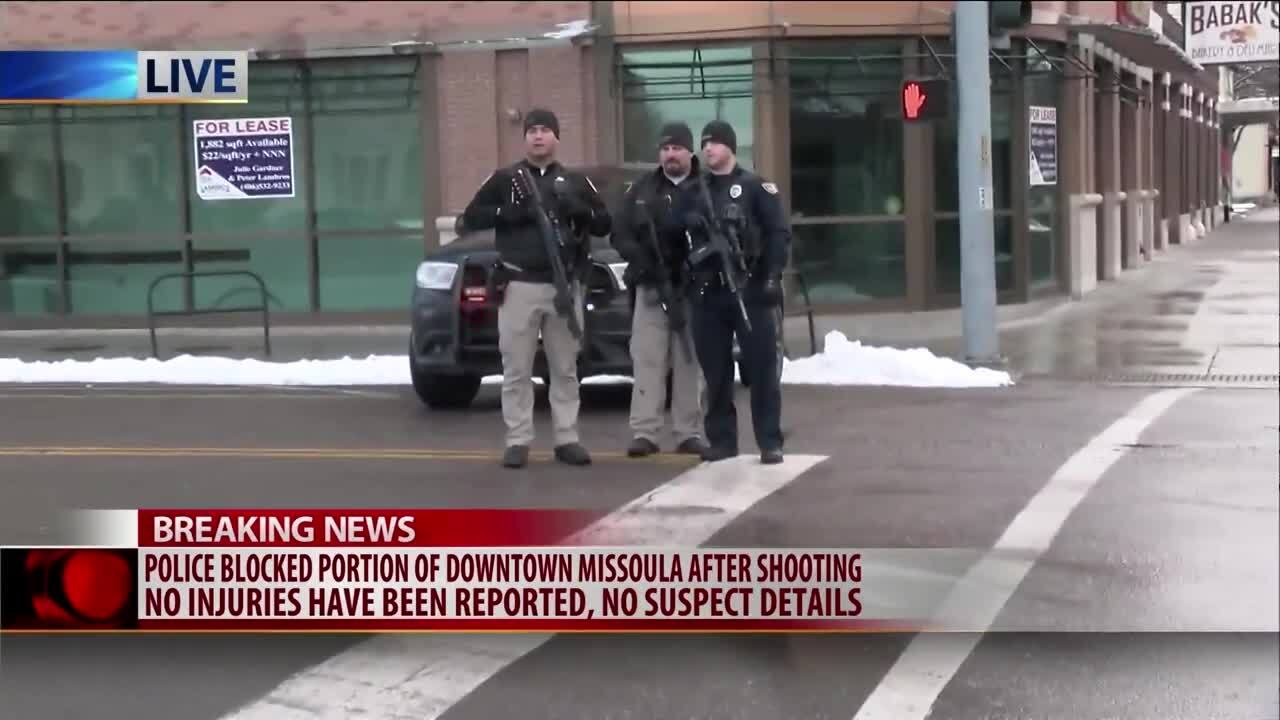 Several areas of downtown Missoula are still under lockdown and Broadway Street in front of the Missoula County Courthouse has been shut down after shots were fired at a police car Wednesday morning.

The Missoula Police Department has blocked a portion of downtown Missoula near the police department and the Mountain Line transfer station. The public cannot enter City Hall and the Missoula County Courthouse and people are asked to avoid the areas of Ryman and Pine, Ryman and Broadway, and Woody and Broadway. Anyone in the downtown area is asked to shelter in place and lock all doors.

Missoula County departments will not be able to provide public services at this time.

Hellgate High School and Lowell Elementary School are on a perimeter lock-in as a precaution. There is no immediate threat to the buildings, however, students cannot be released for lunch.

MCPS spokesperson Hatton Littman says students and staff are not allowed in or out of the buildings.

(1st REPORT, 10:48 am) Missoula County posted the following message onTwitter: "All downtown Missoula County offices are currently on lockdown due to an incident near City Hall. The public is not able to access these facilities until further notice. Please avoid the area."

University of Montana police sent out the following alert: "Missoula Police have blocked a portion of downtown Missoula near the police department and the Mountain Line transfer station after shots were fired at a police car being driven by an officer. No injuries reported. As a result, city buses are being rerouted, streets surrounding the Missoula County Courthouse and police station (Spruce, Pine, Ryman, Woody, etc.) in a five-block radius are closed."