Montana is preparing for another invasive species invasion - feral pigs. 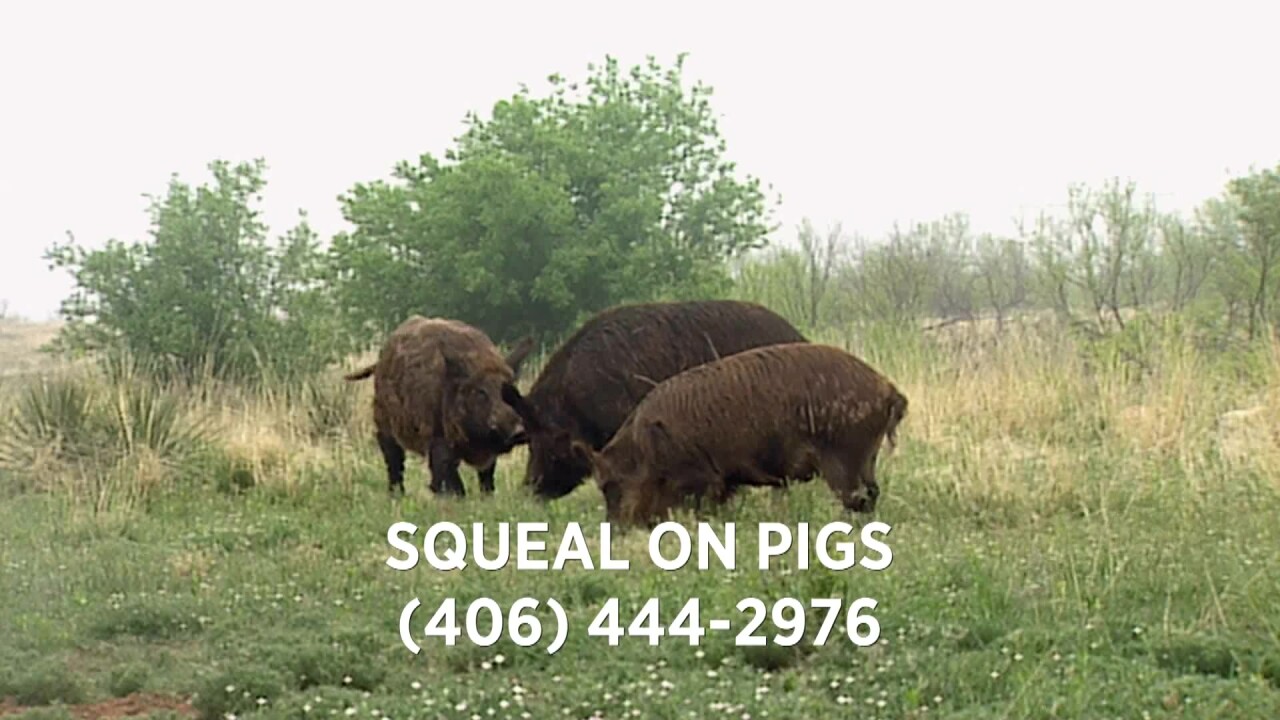 Montana is preparing for another invasive species - feral hogs.

Tahnee Szymanski of the Montana Department of Agriculture explained, "For feral swine in Montana there’s two ways we are concerned about them coming into the state. One is walking in, because of their presence in an adjacent state or Canadian province. The second is coming in via trailer."

Introduced from Europe, wild pigs have spread to 38 states and several Canadian provinces, with a recent report just north of Montana’s border, making them a highly adaptive animal that Montana wants to keep out.

Szymanski said, "They are very close. Over the last couple of years, we have worked with wildlife services to go out in these remote areas where we have reports of them and do surveillance and then the plan from there is to try and eradicate them as quickly as possible."

These measures are meant to prevent feral pigs from spreading disease and causing havoc on Montana’s farmlands and native range.

Szymanski said, "When they root, they can really tear up lawns, golf courses, riparian areas. They can be predatory, so they can have an impact on small ground nesting birds. They can destroy crops, so there’s kind of a wide swath of agriculture industry here in Montana that we worry about with their introduction.

Montana law prohibits the transportation, possession, and/or hunting of feral swine in the state. Officials ask if you see a wild pig to report it immediately.

Szymanski said, "We’ve developed this 'Squeal On Pigs' program, so that they are aware if you see pigs that you should be reporting them."