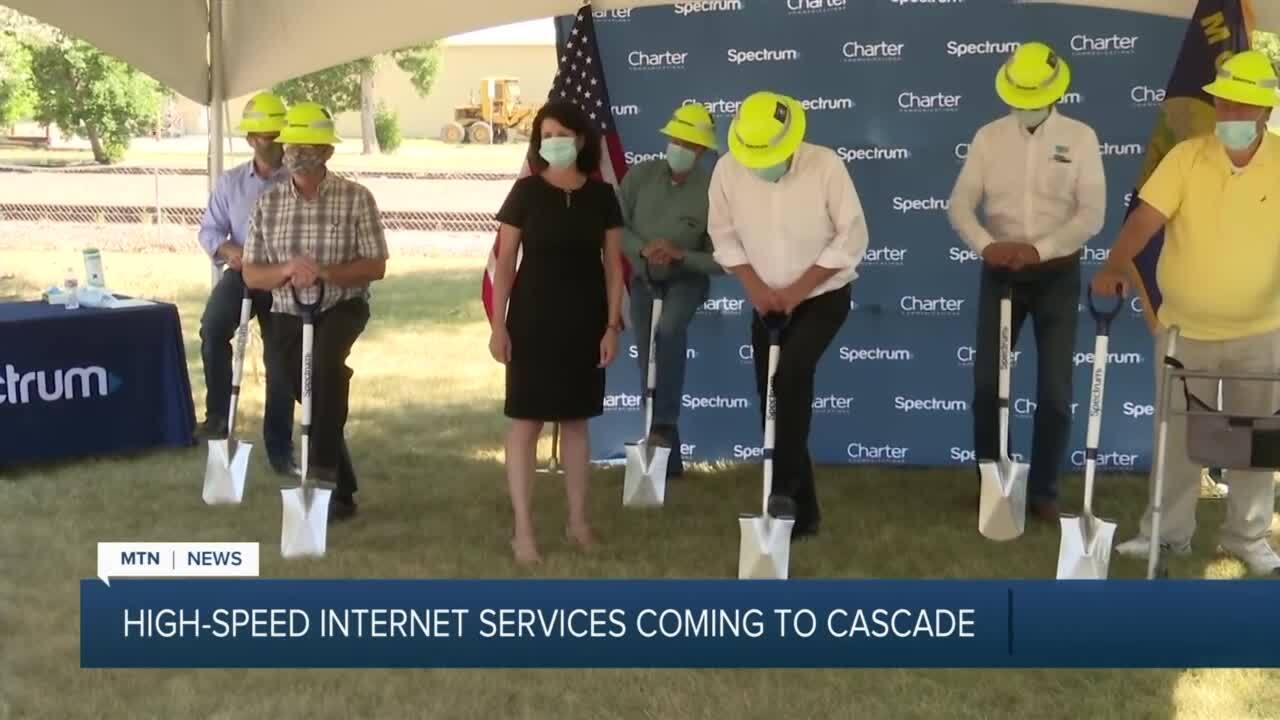 Cable TV and Internet provider Spectrum announced Friday that it will be bringing high-speed Internet and related services this fall to Cascade, a town of 800 people south of Great Falls.

Spectrum, which serves Montana’s major cities and many other smaller cities, has brought high-speed Internet to 11,000 previously unserved homes in Montana the past two years, a company official said.

Residents of Cascade already have cable TV from Spectrum, but the new service will include Internet with download speeds of 100 megabytes per second (mbps), wireless, telephone and high-definition channels.

U. S. Senator Steve Daines (R-MT) also attended the groundbreaking ceremony in Cascade, and said the upgrade will put Cascade residents on a par with places like nearby Great Falls, when it comes to access to high-speed Internet. “This is a great step forward for Cascade today,” he said. “It will bring world-class Internet speeds to Cascade.”

While the Cascade expansion is financed by private investment (Spectrum), Daines said that it’s important for Congress to continue working on funding and other steps that can bring broadband services to rural communities.

“It’s a full-court press in Washington D.C. to make sure we’ve got resources to help bridge that divide and bring high-speed Internet,” he told MTN News. “It’s important for jobs, it’s important for public safety, and telemedicine now we’re finding out is becoming very important tool across Montana. And we’re seeing that even moreso, related to the Covid-19 pandemic.”

Spectrum said it hopes the new service for Cascade will be available by late November, and that it’s considering similar efforts in other smaller Montana towns.