The U.S. Senate contest between Steve Bullock and Steve Daines tops the general-election ticket in Montana. 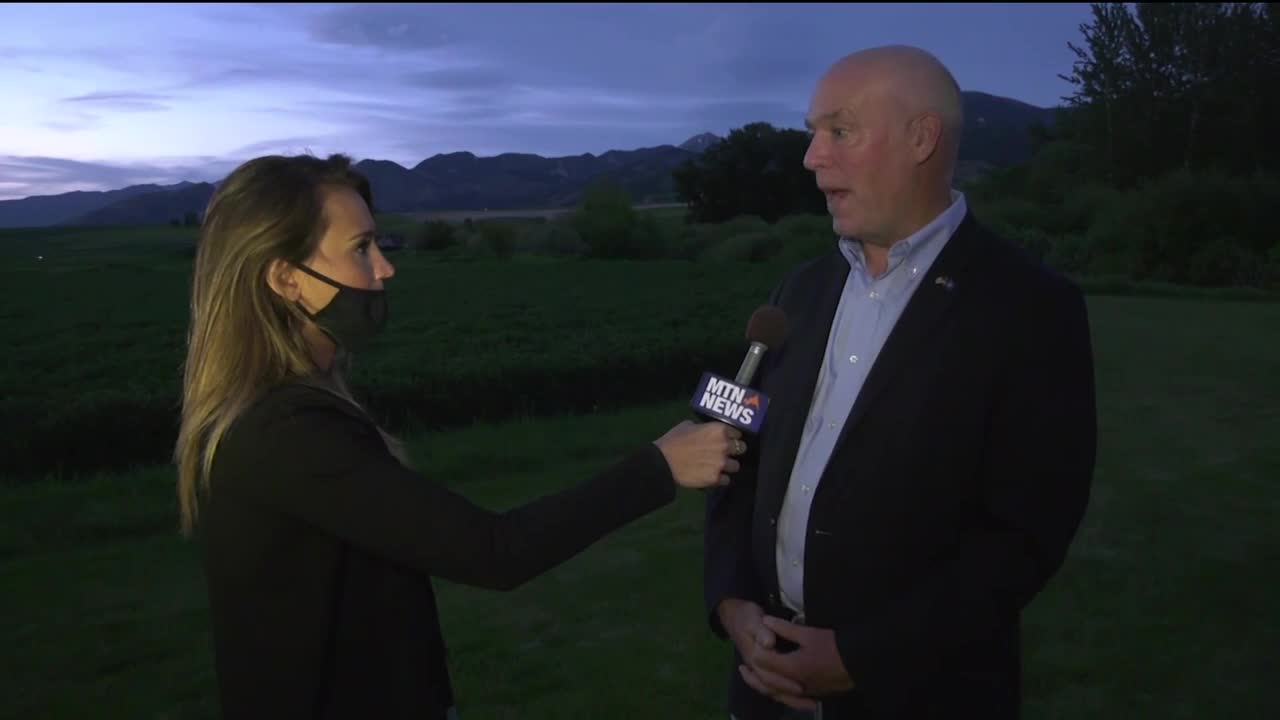 Montana’s 2020 primary election, with a record turnout, has set the stage for a full slate of significant statewide general election contests, from U.S. Senate to governor to Supreme Court – and the campaigning is already well under way.

Republican U.S. Sen. Steve Daines, up for re-election to a second term, on Wednesday challenged Democratic Gov. Steve Bullock to a series of four debates in their high-profile contest.

And, fresh off Tuesday primary victories for Daines and Bullock, both sides unleashed new TV ads, giving voters a preview of what to expect in this multimillion-dollar contest in the national eye.

More than 381,000 Montanans cast ballots in Tuesday’s primary, shattering the four-year-old record of 293,400. For most statewide offices, the number of voters in the Republican primaries outnumbered those in Democratic primaries, by anywhere from 45,000 to 74,000.

Here’s an overview of the results in statewide primaries and a look at the general election lineup:

U.S. Senate: Daines and Bullock each faced primary opposition from largely unknown candidates and easily won, Daines with 88 percent of the vote and Bullock with 95 percent.

Daines invited Bullock to appear with him in four debates, including three sponsored by TV networks or state broadcasters. Bullock’s campaign said it agrees that debates will help Montanans decide who to vote for, but didn’t make any commitments, saying that a debate timetable must take into account health and safety guidelines in the wake of the Covid-19 pandemic.

Daines’ campaign also released a new TV ad that blasts China for the pandemic and called for a ban on immigration while the economy recovers.

Majority Forward, a Democratic group, also released a TV ad attacking Daines for his support of $500 billion in coronavirus aid for large businesses, calling it a “slush fund, and saying he opposed some aid for Montanans.

Also Tuesday, Wendie Fredrickson of Helena won the Green Party U.S. Senate primary over Dennis Daneke of Lolo, with 501 out of 755 votes cast.

Governor: U.S. Rep. Greg Gianforte, who lost the 2016 governor’s race to Bullock, will get a second chance, winning a three-way primary for the Republican nomination. He rolled up 53 percent of the vote, to Attorney General Tim Fox’s 27 percent and state Sen. Al Olszewski’s 19 percent.

His Democratic opponent will be Lt. Gov. Mike Cooney, who defeated Whitney Williams of Missoula in Tuesday’s primary 55 percent to 45 percent. Cooney relied on big margins in Lewis and Clark, Cascade and Silver Bow counties for most of his winning margin, but he won many smaller counties as well.

Gianforte said Tuesday night that he’ll continue to emphasize his experience as a business developer, while Cooney said he’ll wage a positive campaign that focuses on the need for reducing health-care costs and funding education.

U.S. House: Democrat Kathleen Williams, who lost the 2018 race for this seat to Gianforte, cruised to victory over state Rep. Tom Winter of Missoula in the primary, winning 89 percent of the vote.

Rosendale said part of his job in the general will be getting those who didn’t vote for him Tuesday to support him in November. Williams said she’ll continue pitching herself as a pragmatic, non-partisan problem-solver.

Republicans have held this seat since 1997.

Supreme Court: Justice Laurie McKinnon, running for a second term, advanced to the general election along with Helena attorney Mike Black, who is challenging her. Missoula lawyer Mars Scott placed third in the primary, so he won’t be on the ballot in the general election in this non-partisan race.

Secretary of state: Republican Christi Jacobson, the current deputy secretary of state, emerged from a six-way GOP primary as the winner, with 29 percent of the vote. Senate President Scott Sales of Bozeman was second with 25 percent.

In the general election, Jacobson will oppose Democrat Bryce Bennett, a state senator from Missoula who was unopposed in the primary.

Superintendent of Public Instruction: Republican incumbent Elsie Arntzen and Democratic challenger Melissa Romano, a Helena teacher, had no primary opposition and are headed for a rematch this fall. Arntzen beat Romano in 2016.