And while President Donald Trump visited the state an unprecedented four times in 2018 to campaign against Tester, poll data indicate his efforts probably had more impact on the U.S. House race won by Republican Congressman Greg Gianforte.

That effect probably helped Gianforte to his better showing among Republicans and Independents, Parker said.

“If you look at the data among independent voters, (they) did not break as heavily for Kathleen Williams as they did for Tester and she didn’t do as well among Republicans (as did Tester),” Parker said. “That … probably led to her defeat.”

Gianforte won with 51 percent of the vote, compared to Williams’ 46 percent. Libertarian Elinor Swanson had 3 percent.

The MTN-MSU post-election poll showed that 95 percent of voters who identified as Republicans voted for Gianforte and 43 percent of Independents supported him. 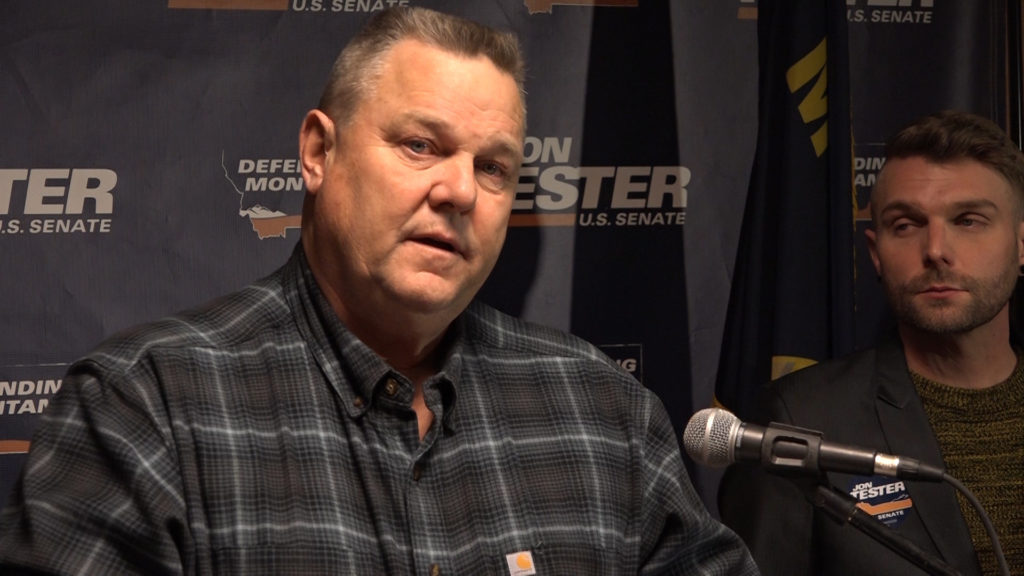 The poll showed that 91 percent of voters identifying as Republicans voted for Rosendale, but only 34 percent of self-described Independents supported him. Independents make up about a third of the Montana electorate.

Poll results are based on responses from 1,424 Montanans who replied to questionnaires mailed the day after the Nov. 6 election. The questionnaires were sent to the 2,000 people who responded to MTN-MSU’s pre-election poll in late September and early October.

The results of the post-election poll have a margin of error plus-or-minus 2.6 percent.

The poll asked Montanans a variety of questions about how and why they voted in the 2018 elections and where they stand on key issues facing the state.

Results from questions on the U.S. Senate and House races include:

Williams also won 99 percent of voters identifying as Democrats but only 4 percent of Republicans.

• Both Democratic candidates won among independent voters, but Tester did far better than Williams. He won independents by a 61 percent to 34 percent margin, while Williams won them by 53 percent to 43 percent.

• The Republican candidates did much better with male voters, while losing among women voters – but, they won married women. The Democratic candidates won big among single women and also did relatively well among single men.

• About half of Montana voters said President Trump played a factor in their vote in the U.S. House and Senate races – and, of those voters, slightly more than half said they voted to support the president.

In the Senate race, the poll also asked voters whether the high-profile hearings on U.S. Supreme Court nominee Brett Kavanaugh in late September influenced their vote.

Parker said those results indicate the Kavanaugh hearings probably galvanized Republican voters and helped Rosendale solidify his base – but that wasn’t enough to turn the race in his favor.

“The Kavanaugh hearings had an effect to get Matt Rosendale’s base back in line where he needed it to be, but the problem is, you can’t win on base alone in Montana,” he said. “Jon Tester won with an overwhelming advantage among independents.”

In the House race, the poll asked voters whether Gianforte’s assault of a reporter in Bozeman on the eve of his initial May 2017 election played a role in their vote last November. Gianforte later pleaded guilty to misdemeanor assault for punching Guardian reporter Ben Jacobs.

Fifty-six percent said the assault charge mattered “not at all” or “not too much,” and 43 percent said it mattered either “a good amount” or “a great deal” – but those responses largely broke along partisan lines.

Among Republican voters, 90 percent said the assault charge didn’t matter much, or at all, and 83 percent of Democrats said it mattered.

Tomorrow: Poll results on voter makeup in the rejection of initiatives 185 and 186