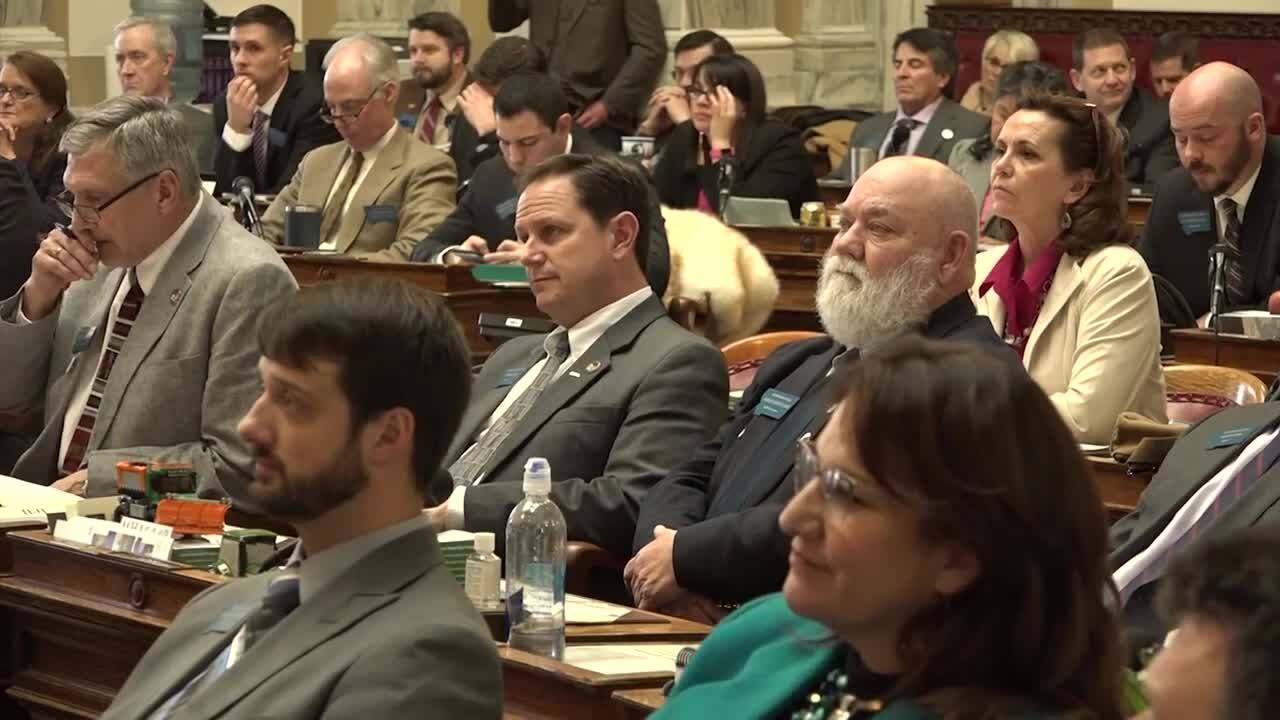 At a Thursday meeting that Democrats decried as an illegal attempt by GOP lawmakers to rein in Gov. Steve Bullock’s emergency powers during the coronavirus pandemic, Republicans recommended several legislative rule changes – but denied it was any sort of a “partisan power grab.”

The Joint Rules Committee meeting, instigated and attended only by Republicans, did not have a full quorum and did not approve any new rules for operating the Legislature.

But GOP committee members, meeting in-person at the Capitol and online, did suggest changes that could allow lawmakers to be polled on issuing “proclamations” when not in session and define how lawmakers could participate in a session if they’re not at the Capitol.

Republicans on the panel also said they’d like leaders to be able to break a tie vote on bipartisan interim committees, when they vote on staff contracts or whether to object to state-agency rules.

GOP members said they’re asking all other state lawmakers and the public to comment on the proposals, before the committee may take action next week.

Democratic members of the committee, who boycotted the meeting, said Thursday it was illegally convened and that the party stood ready to sue to block any action taken by the panel.

“This is not saber-rattling,” said House Minority Leader Casey Schreiner of Great Falls, who’s also running for lieutenant governor. “We’re willing to follow through on whatever it takes to get these illegitimate actions stopped.”

Schreiner said the meeting is a “brazen, partisan power-grab” meant to undo Bullock’s emergency orders on the coronavirus pandemic, including his order allowing counties to conduct an all-mail ballot for the Nov. 3 election.

He and other Democrats pointed to the proposed change that would allow the polling of lawmakers, while out of session, on whether to issue “proclamations” that could override Bullock’s orders.

“They want to pass a joint resolution … so that they can tear down the emergency order that is keeping people safe and healthy and protecting our economy,” Schreiner said.

When asked about the intent of the “proclamation” change, Sen. Fred Thomas of Stevensville – the chair of the committee – said it would serve mostly to allow lawmakers to comment on national issues before Congress, while the Legislature is not in session.

He also denied that Republicans were trying to undo the mail-ballot order.

House Speaker Greg Hertz, a Polson Republican, also told MTN News that he doubted any resolution by an out-of-session Legislature could retroactively undo actions taken by the governor.

However, he did say that many Republicans lawmakers believe the state no longer needs to be under a declared emergency, because of the coronavirus, and are looking for ways to undo Bullock’s powers.

“We don’t need to be under a state of emergency,” Hertz said. “I think most businesses, schools and public places seem to be quite capable of handling the coronavirus on their own and making sure their customers and employees are safe.”

Hertz also said he thinks it would be “very difficult” for the 2021 Legislature, which convenes in January, to be held without most lawmakers being in the Capitol in-person, and that Thursday’s committee was part of the discussion on rules for participation at the upcoming session.

Rep. Derek Skees, R-Kalispell, a member of the Rules Committee, said Thursday it would be “near impossible” to run a so-called “hybrid session” with many legislators participating virtually.

“If you can’t participate in the normal way, then I would suggest you resign your seat and let someone who will,” he said.

Skees and nearly all Republicans appeared at the Rules Committee meeting at the Capitol without face-coverings, despite a governor’s order that says face-coverings should be worn in buildings where the public congregates.

Democrats said the meeting was illegal, because the Rules Committee can meet only during a legislative session or after a general election in the weeks directly before the start of a regular session, which convenes in January of odd-numbered years.