3 mariners rescued from deserted island after writing SOS in sand

3 rescued from Pacific island after writing SOS in sand 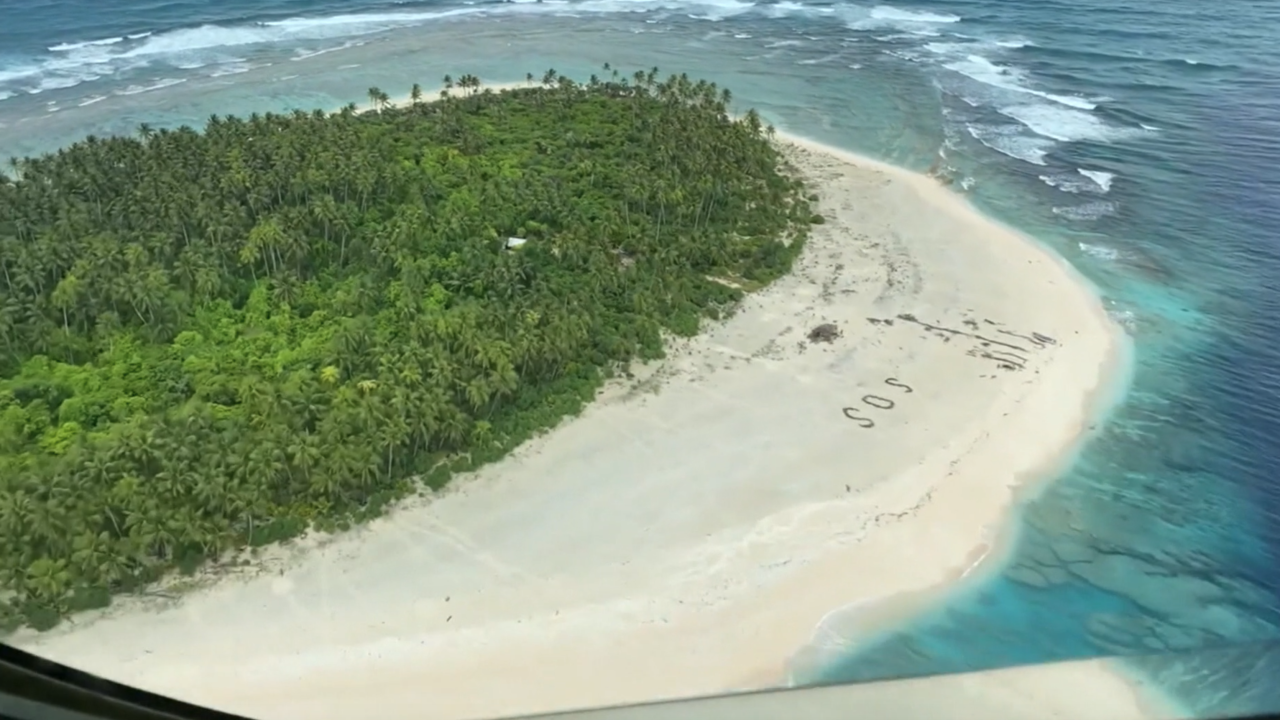 PIKELOT ISLAND – Like out of a movie, three missing mariners were rescued from a deserted island in the Pacific after writing “SOS” in the sand.

However, they never made it to their destination and were reported missing, according to the Anderson Air Force Base, Guam. A rescue mission was then launched.

After almost three hours into their mission and flying at about 1,500 feet, rescue crews located the mariners on the tiny, uninhabited island of Pikelot, Yap.

“We were toward the end of our search pattern,” said U.S. Air Force Lt. Col. Jason Palmeira-Yen. “We turned to avoid some rain showers and that’s when we looked down and saw an island, so we decide to check it out and that’s when we saw SOS and a boat right next to it on the beach. From there we called in the Australian Navy because they had two helicopters nearby that could assist and land on the island.”

Early in the morning on Monday, authorities say a small boat crew was launched and rescued the mariners.

The sailors told officials that they ran off course while traveling and eventually ran out of gas, according to the Australian Navy.