A storm brought some of the largest waves ever recorded off the California coast last week. One was 75-feet tall 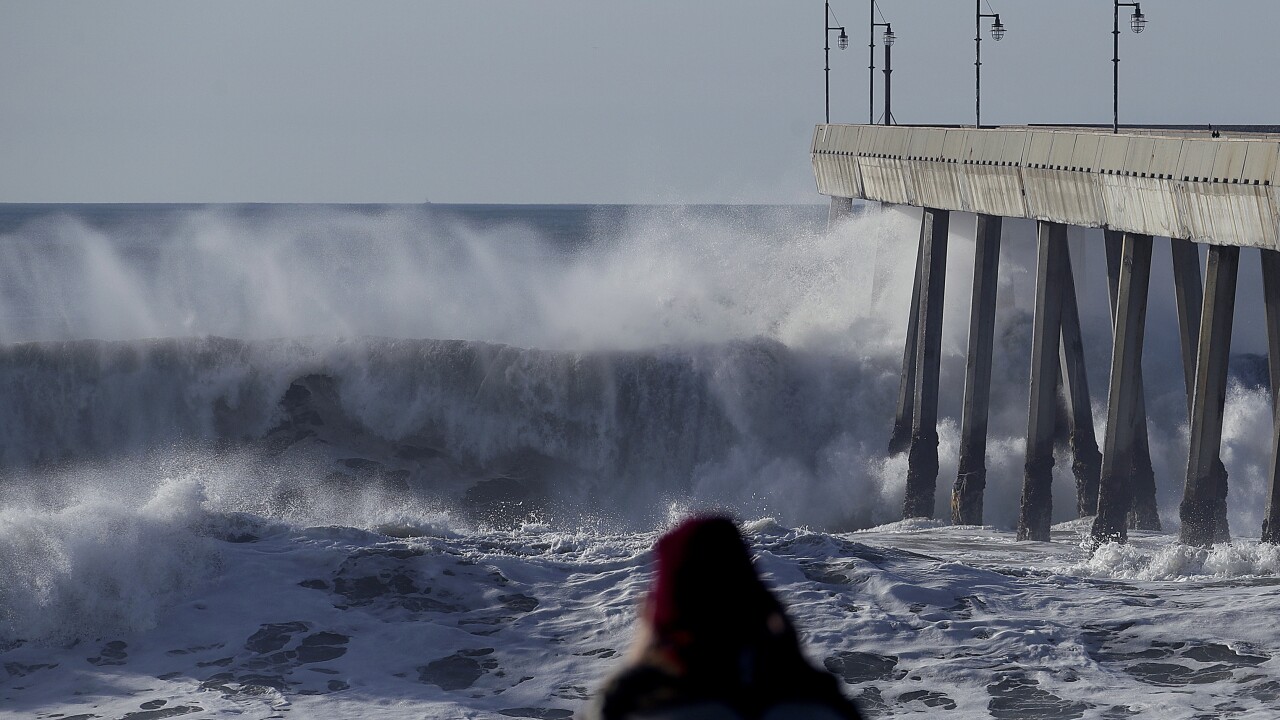 The bomb cyclone that pounded the West Coast last week brought with it some of the tallest waves ever recorded off the California coast.

A monstrous 75-foot wave was recorded about 20 miles off the coast of Cape Mendocino in northern California, according to the University of California, San Diego's Coastal Data Information Program .

In the 15 years the program has operated a station in that location, the significant wave height -- or the average height of the tallest third of waves that occur over 30 minutes -- typically doesn't exceed 10 feet tall during the winter.

The 75-footer was the tallest of the waves recorded in that period, which averaged around 43 feet tall. Still, that's "definitely unusual" for this time of year, program manager James Behrens told CNN.

"These kinds of really large waves are usually only detected way out in the middle of the ocean, when winds are being generated," he said.

The program's buoys had only measured taller waves at one other station, located in the remote North Pacific Ocean where extreme waves are expected to form on occasion, he said.

Troy Nicolini, meteorologist in charge at NOAA's National Weather Service, explained that the bomb cyclone brought a dynamic fetch, an event when strong winds move in the same direction and speed as the waves it's generating.

He compared it to pushing a child on the swing as they move -- maintaining the push instead of laying off when they're in the air will shove the kid off the swing. Similarly, the storm maintained its grip on the waves and shoved it all the way up to the beach, he said.

Bomb cyclones are storms that strengthen rapidly, causing pressure to drop quickly. Lower pressure yields stronger winds, though it's unusual for waves this tall to be tracked so close to the coast, Behrens said.

The bomb cyclone that dumped rain and snow on the West set low-pressure records in northern California and parts of Oregon, the National Weather Service said.

Hurricane-strength winds were recorded in Cape Blanco, Oregon, on November 26, the same day the 75-foot wave was recorded.

Gusts there topped out at 106 mph.

The program studies how waves impact the coast

The program's buoys are only three feet in circumference, but they're designed to "measure waves to the highest precision." Behrens said the oceanographers share the data with the National Oceanic and Atmospheric Administration to improve their measurements.

The buoys are outfitted with acceleration sensors that help oceanographers recreate the motion of the wave, its height and direction. They can sense how long a wave takes to move and locate the direction of wind chops and sea swells, he said.

"Our mandate is to understand how the coast is being impacted by waves, and so we're really there to make sure we're catching these extreme events."

Fortunately, last week's waves came ashore during low tide and the National Weather Service called off boaters from entering the water, so the coast avoided harm.

"It's often just a game of chance," Nicolini said. "If they came at a peak time, they would've caused significant damage."