Black bear that traveled across several states in search of mate rescued, transported to safety by Missouri Department of Conservation

The bear garnered a large social media following, with users naming him Bruno 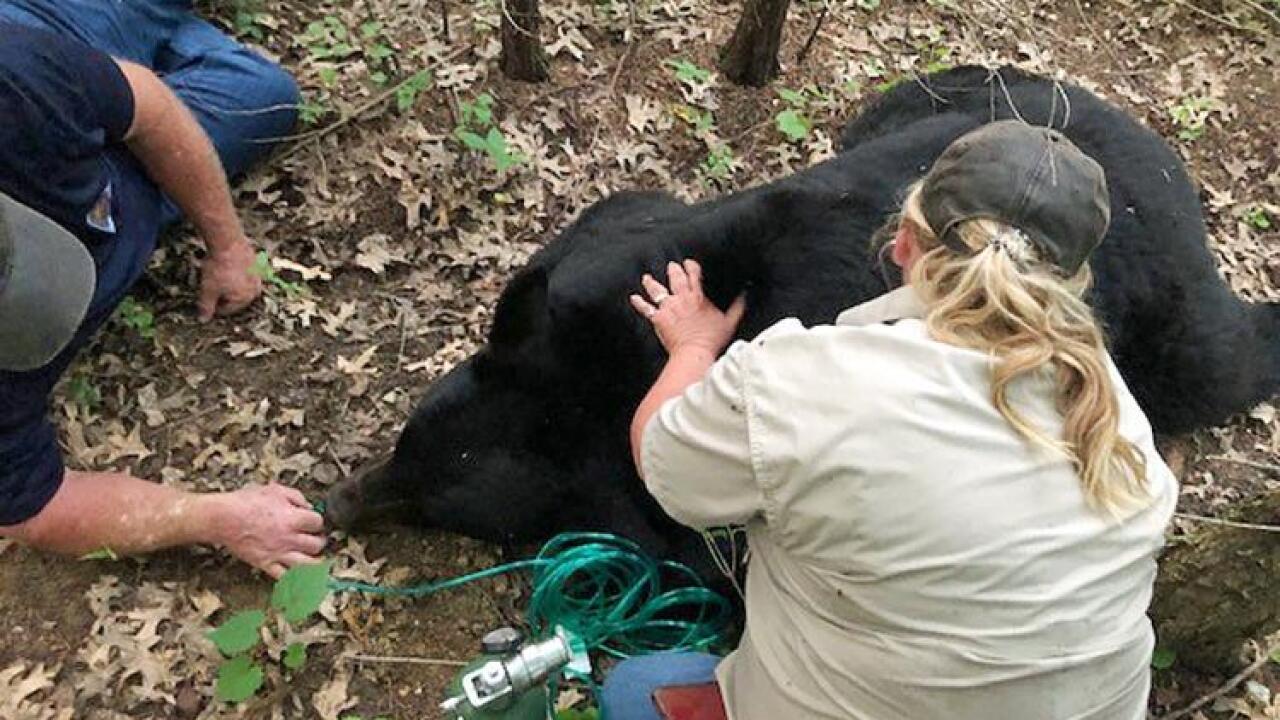 Missouri Department of Conservation
MDC State Wildlife Veterinarian Dr. Sherri Russel monitors the condition of the bear named “Bruno” by social media after the animal was sedated on July 5. The bear was then safely transported and released unharmed to suitable habitat outside the urban area.

A black bear that traveled across several states and garnered a large social media following has been rescued and transported to safety by the Missouri Department of Conservation.

According to department officials, the bear traveled through Wisconsin, Illinois, and Missouri before finding himself trapped between two highways in Wentzville, Missouri.

“The bear found itself in a tough spot, stuck by several major roadways,” said MDC State Furbearer Biologist Laura Conlee. “Due to the proximity to the roadways, coupled with the busy travel day, MDC staff determined the bear had little chance of safely leaving the area on its own. In the interest of public safety and the bear’s safety, MDC staff made the decision to immobilize the bear and transport it to a nearby area of suitable bear habitat outside this urban corridor.”

Bruno was sedated and then was released unharmed when he awoke, MDC staff said.

Social media users had dubbed the black bear Bruno after he was first spotted back in June, officials said in the press release.

In a press release, the Illinois Department of Natural Resources said Bruno likely traveled the long distance in search of a mate.