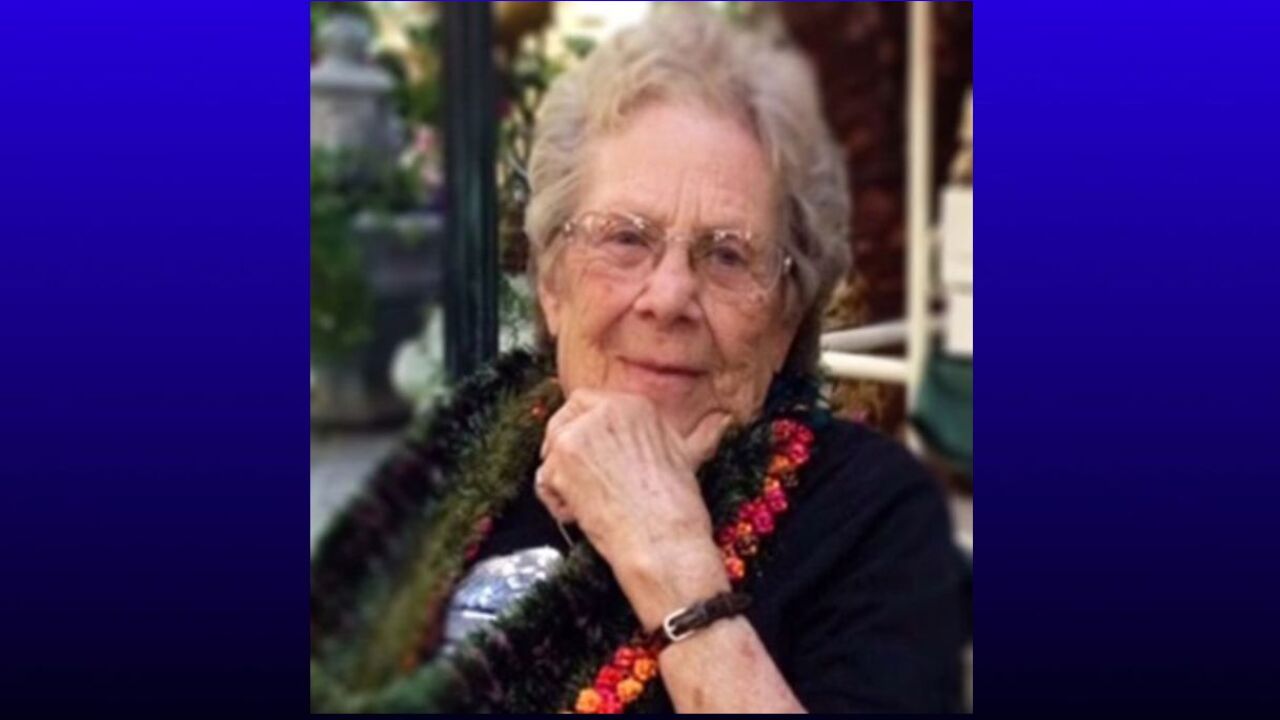 Bessie Mae Barrozo, 95, passed away November 14, 2019 in Great Falls. Beloved by her family and friends, Bessie was known for her generosity, big heart, and sense of humor. Her greatest passion was her family, and she helped many a family member and friend in need.

Bessie was born in Clarence, Missouri, on September 4, 1924 to Asa and Lela Snow. After her father’s accidental death, she moved with her mother, stepfather William Foster and her four siblings, Gerald, Frank, Hazel and Charles to the Great Falls area in 1935 in a Model T Ford.

She met Paul Barrozo, and they were married in Conrad on January 6, 1943. Bessie and Paul worked together for decades at several popular night spots in Great Falls, where Paul was a bandleader and Bessie was a barmaid. They were married sixty years, until Paul’s passing in November of 2003. Bessie enjoyed a long career in retail, working in Great Falls area stores, Kress, Skaggs, and Osco Drug.

In her later years, she volunteered as a classroom aide for the Foster Grandparent Program at Lewis & Clark Elementary, which brought her great happiness. Bessie enjoyed playing bingo, camping, fishing, and traveling to visit family all across the country. She loved Great Falls, and she and Paul raised their kids to love the outdoors. Bessie will be greatly missed by all who were lucky enough to know her.