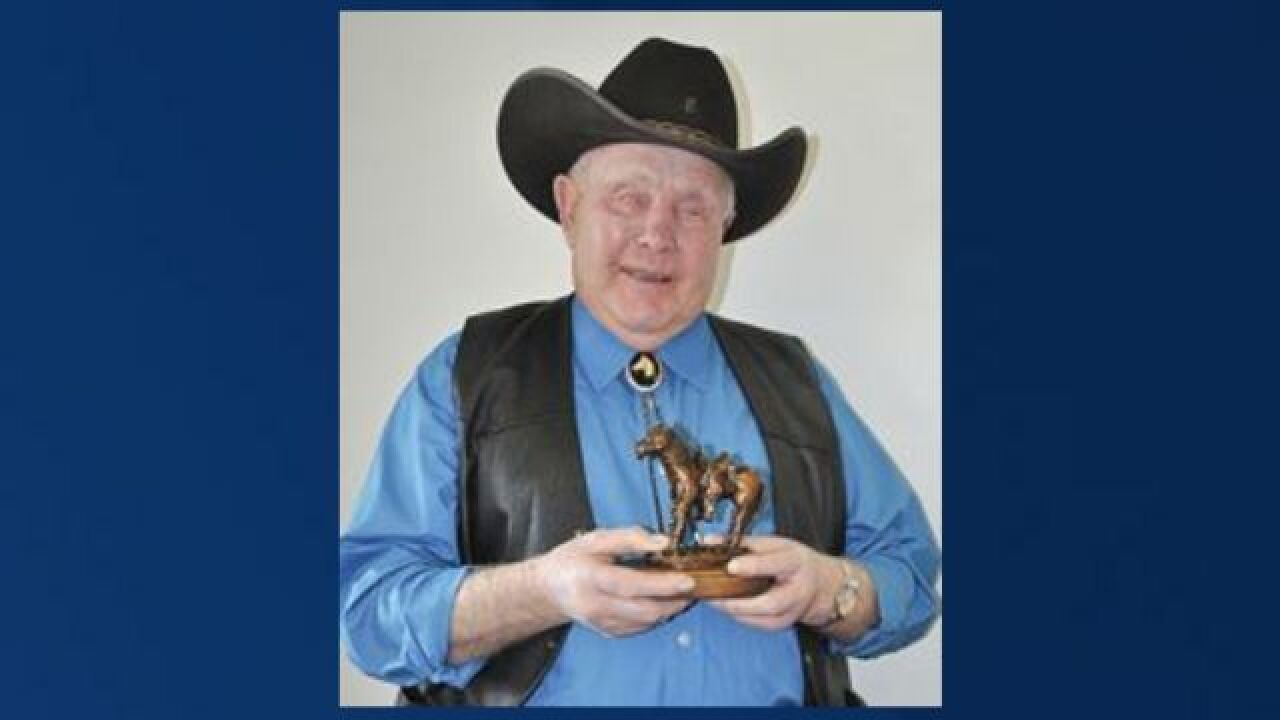 The obvious difference between sculptor Dale Sheldon and other artists is that he was totally blind. In hindsight, he realized that losing his eyesight just before his fourth birthday helped him see that raising a family and running a business in rural Montana was not for the faint of heart.

Married at 17 to his beloved wife, Aggie for 54 years, he plunged into any job he could get to support his family. Every endeavor benefited by his determination to be the best that he could be. He had his own auto repair shop for thirty years, served for twelve years as a county commissioner, became a Russian interpreter for the CIA in Washington, D.C. for five years, and in his later years expressed himself as an author, sculptor, and woodworker.

He water skied, enjoyed hunting, fishing, and camping, especially with his best friend, Ron Denney. He readily gave credit to Aggie (Huffman) for any success he enjoyed in the auto repair business. She spent countless hours reading parts manuals to him, and as an artist she was his biggest supporter and staunchest critic.

Dale Sheldon accomplished more in his 87 years than most people who have perfect eyesight do in a lifetime.