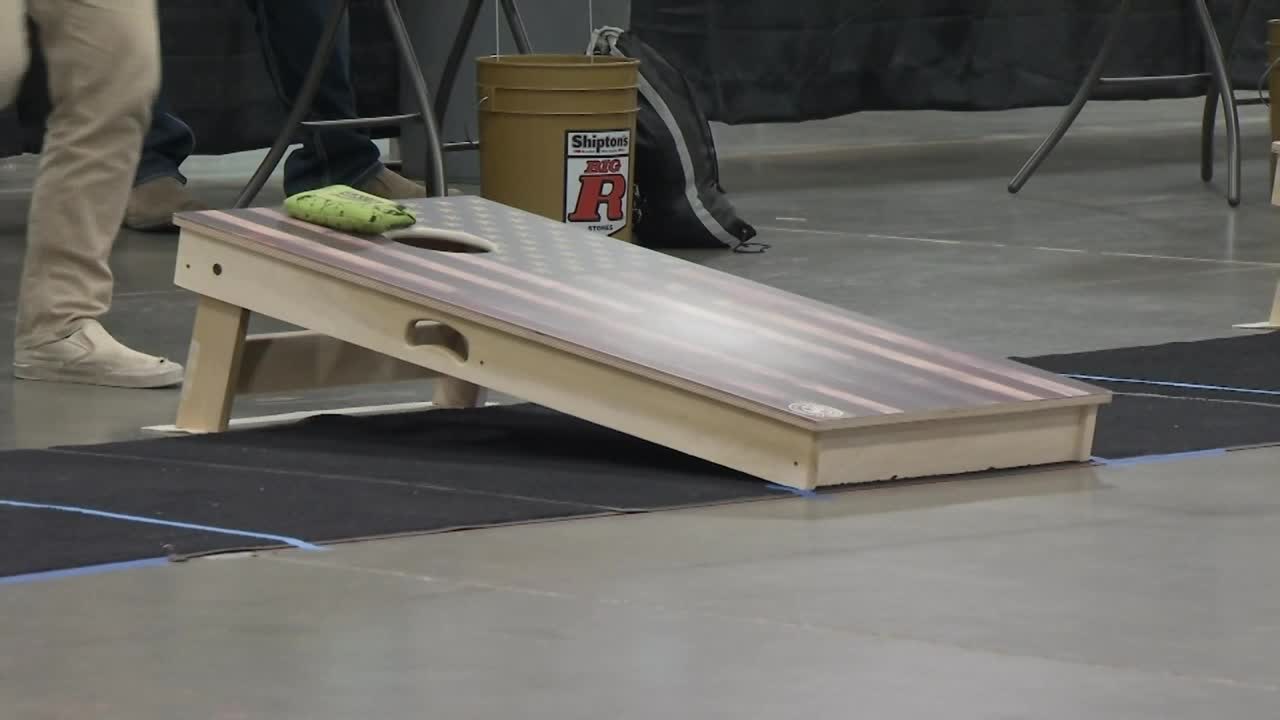 BILLINGS — The inaugural Cornholio Tournament kicked off at the MetraPark Pavilion Friday evening.

The tournament was created to help raise money for Billings to create and grow its own FFA Chapter.

Participants in the weekend's festivities ranged from the average back-yard athlete, all the way to nationally ranking American Cornhole League competitors.

The game, which calls for players to either land a beanbag on the board, or directly in the hole in the board, will reward winners with cash prizes, as well as bragging rights.

The money will help FFA members get to state and national competitions.

"We have people from Colorado, North Dakota, South Dakota, Wyoming, all over the state of Montana, that some of us have never met. And we will return the favor and participate in their tournaments as well. It is a great friendship in the end. It truly is a brother and sisterhood," tournament creator Jason Ives said.

Ives' daughter attends the Billings Career Center, and was inspired by a teacher there to create a Billings FFA Chapter.